Posted on June 7, 2019 by Maria Pirkkalainen

How do I find a producer? What sort of ideas are BFI NETWORK looking for? What do I need to include in my application? Applying for funding can be daunting, and disheartening if you’re not successful. To make the process easier for emerging filmmakers in the South East, we spoke with two filmmakers who’ve successfully applied for our funding and our BFI Network South East Talent Executive Thomas Wightman who shared with us his top five tips for making your application stand out. 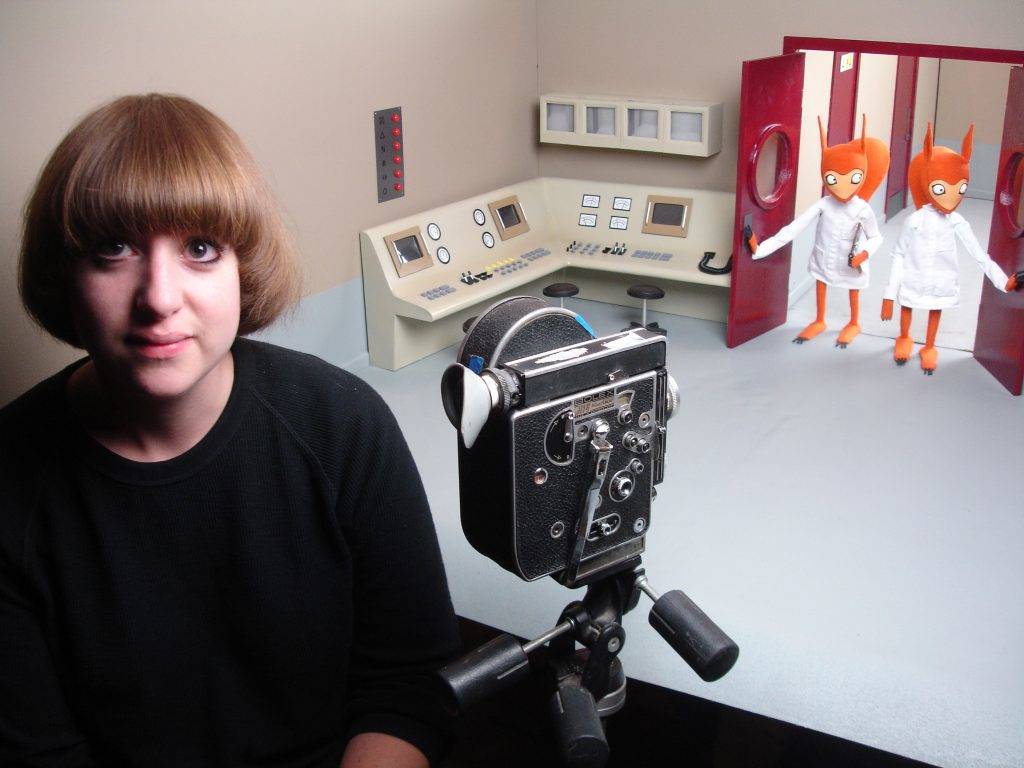 I had only finished my last stop-motion short Quarantine the week before I had my first meeting with Film Hub South East’s Thomas Wightman, so I was experiencing that heady combination of being totally burnt out and at the same time desperate to get going on my next film! We discussed the BFI NETWORK funding opportunities, and I was delighted to learn that the short film fund was available to animation projects as well as live action, as I had been dreaming of making a stop-motion monster movie about the ExoMars rover.

I went off and spent a few months writing, storyboarding and researching (reading lots of Ray Bradbury, watching amazing 1960s sci-fi films like Robinson Crusoe on Mars, and obsessively following the NASA and ESA rover missions), before completing the application for the short film fund with my producer, Hank Starrs. After discussion and resubmission of the budget and the schedule, we found out our film had been put through for consideration.

One of the best things about developing a film with BFI NETWORK support is the access it gives you to help and advice from industry professionals. After I had submitted my second draft script, Thomas arranged a meeting with Script Editor Kate Leys, whose input and insight were invaluable. I cut and rewrote vast chunks of the script, spent another month redrawing the storyboard (painful!) and ended up with a much stronger, leaner animatic. By this point, I was in a state of over-excitement about the film and was itching to start building Mars, so was thrilled to learn we had been awarded the funding.

Now I am back in the studio and fully in the swing of monomaniacal pre-production. The funding has enabled me to employ a second model maker, Hetty Bax, to work alongside me: I am building puppets while she is building sets and props, so it has halved my normal pre-production schedule. Further down the line it will enable me to employ post-production crew, but at the moment I can’t think about anything other than orange rocks on Mars, and I am really grateful to BFI NETWORK for that. 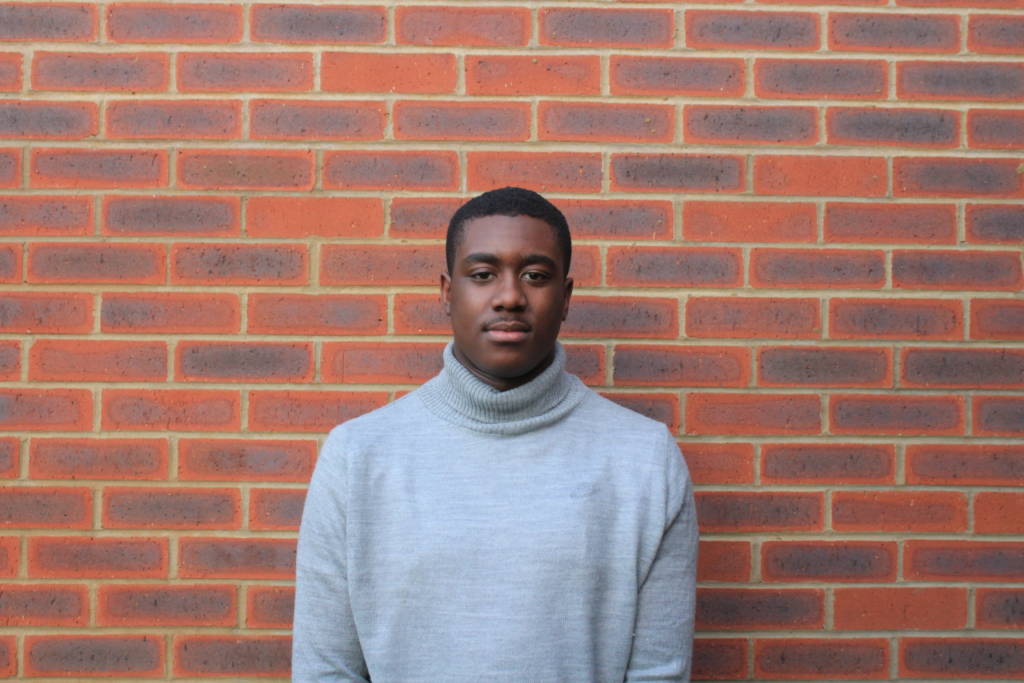 My experience applying for early development support from the BFI NETWORK began with wondering how to get my feature film idea read and prepared for development. I had been writing multiple ideas for feature films and writing short, proof of concept, films alongside each idea. Naturally, however, no idea stuck because I was jumping from one to another between finishing off my last year of university.

I found out about BFI NETWORK support online and after reading through the guidelines, I gave myself until the end of my final year to finish my exams and then to focus on trying to settle on a film idea that I would work on in treatment stage. This story was Dance for Rain which I applied to the BFI NETWORK with through the website’s instructions.

My format was a little messy and I worried that nobody would get back to me, however, Thomas Wightman got back to me and asked if I could resend some of the proposal as it wasn’t formatted very clearly, but it had the promise of something that might work. I did this and from there and over time I completed other information as part of my application process.

Weeks, maybe a month or so later, I was informed that I had been granted the early development funding from BFI NETWORK. The next step entailed writing a treatment that would be to industry standard for a deadline. I was given freedom into how to format the treatment and provided with continual support that included workshops with Script Editor Kate Leys and various other meetings with Thomas Wightman and people from the BBC who were interested in talking through the story with me and helping to get it to a better place.

The supporting funds also allowed for me to bring in a talented storyboard artist named Elena Gumeniuk. Her work was fantastic and enabled me to have an accompanying visual component to my written treatment that served as a sort of moodboard.

Since completing and turning in the treatment, it has allowed for me to get in contact with some talented people moving forward on to my next endeavour (while writing the script to my first feature): the BFI NETWORK, National Lottery funded short film Sandpaper. None of this would have been possible without the support of the BFI NETWORK with the feature film treatment which essentially got the ball rolling for trying to start my career.

Interested in applying for BFI NETWORK funding? Based on most frequently asked questions, our South East Talent Executive Thomas Wightman put together these five tips for making your application stand out.

1. Speak with your Talent Exec first

It sounds basic, but speak with your Talent Executive before you apply. We can’t read your script before you apply but we can look at treatments or you can talk to us about your idea as we’re here to help and ultimately, to support you.

A conversation with your Talent Executive can help you develop your idea or answer any queries you might have in regards to the application process. It also helps us to get to know you a bit more.

Why would you apply to make a film without including any visual materials that support your idea? Lots of people don’t but I think it is crucial and really helps your application stand out.

You can apply to the early development or short film fund at any time so do take advantage of opportunities that we offer within the South East region. We host regular talent meet ups which enable you to share your ideas and even more crucially, enable you to meet other talent and hopefully form teams. Our talent labs are led by industry professionals and have been really beneficial in helping talent shape and develop their ideas before applying and have led to a lot of successful applications.

4. Share your idea with others first and listen to feedback

We all think our ideas are great or have potential, but how do you know unless you tell people about it first? Also, always listen to any feedback you receive.

5. Don’t be afraid to keep it simple

When you apply for a BFI NETWORK fund or meet with your Talent Executive I think it’s really important that you focus on “What is the story?”. Don’t be afraid to simplify it.

You will get asked time and time again “What is your film about?”. Some hate having to explain or answer this question, but it’s essential. Prepare this response in your head and nail it within a couple of sentences by not being afraid to keep it simple. “This is a story of…” is all you need to start your pitch.

Film Hub South East is working with BFI NETWORK to provide support for new and emerging filmmakers across the South East. Thanks to National Lottery funding, we do so via a range of activities, such as holding events across the region and recommending the filmmakers we work with for BFI NETWORK funding.

Since May 2018, BFI NETWORK has given early development or short film funding to nine filmmakers based in the South East. You can read more about them here.