Stories from the South East

Stories from the South East

Posted on December 20, 2018 by Maria Pirkkalainen

Last summer, we put a call out for inventive and inspiring new short films from filmmakers based in the South East. Selected from nearly 100 submissions, the ten short films that make up our feature-length programme South East Stories: New Filmmaking Talent all champion impressive cinematic promise and reflect a great cross-section of talent from our region. We spoke to some of our talented local filmmakers about how they made their short films,  what advise they have for aspiring filmmakers and why the South East matters. 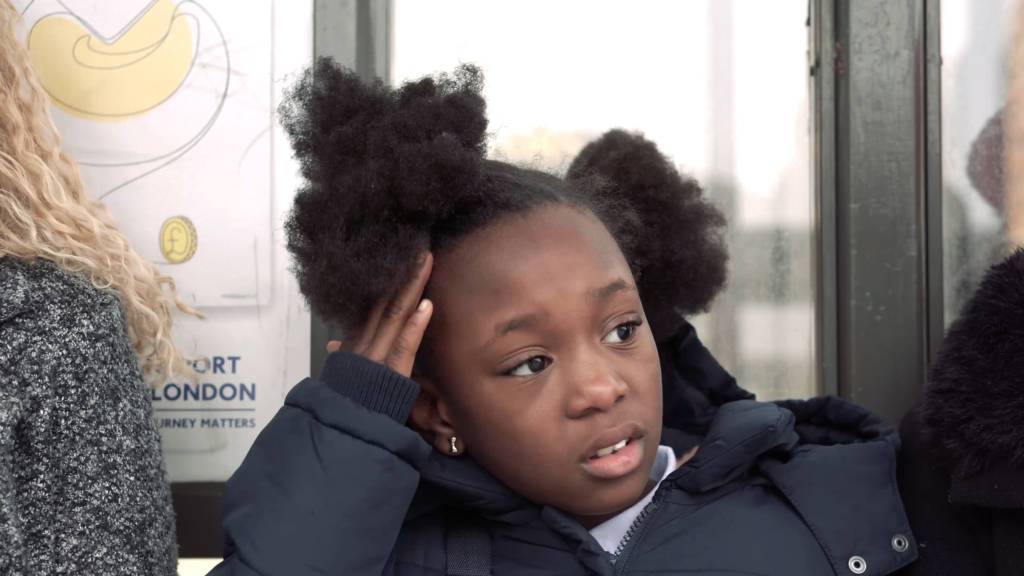 I have type 4C hair and it was never a source of pride and joy when I was younger. It is coarse, afro-like and seen by others as unprofessional. However as I grew up the ‘Natural Hair movement’ within the black community grew and so did my confidence in my hair. This film reflects my thoughts and feelings when I was younger but also – I hope – serves as a reminder to young girls that their hair is beautiful just the way it is. I wanted to instil that confidence in them.

4C was made on a micro budget, myself and a friend got together and filmed it at her home over a number of hours. We did most things by ourselves but hired a DOP and Boom Operator.

I cannot thank the ICO and Film Hub South East enough for their support with 4C. Their support has connected me to other filmmakers in the South East and exposed me to other cultures. This is not only important to me but should be important to everyone. The diversity of cultures, stories and of thought is so vast in the South East. Without support from organisations like the ICO / Film Hub South East we deprive ourselves of experiencing such stories which are rich in creativity. We need to continue to develop filmmakers in the South East to ensure that these stories can be enjoyed by everyone and that they are not forgotten. 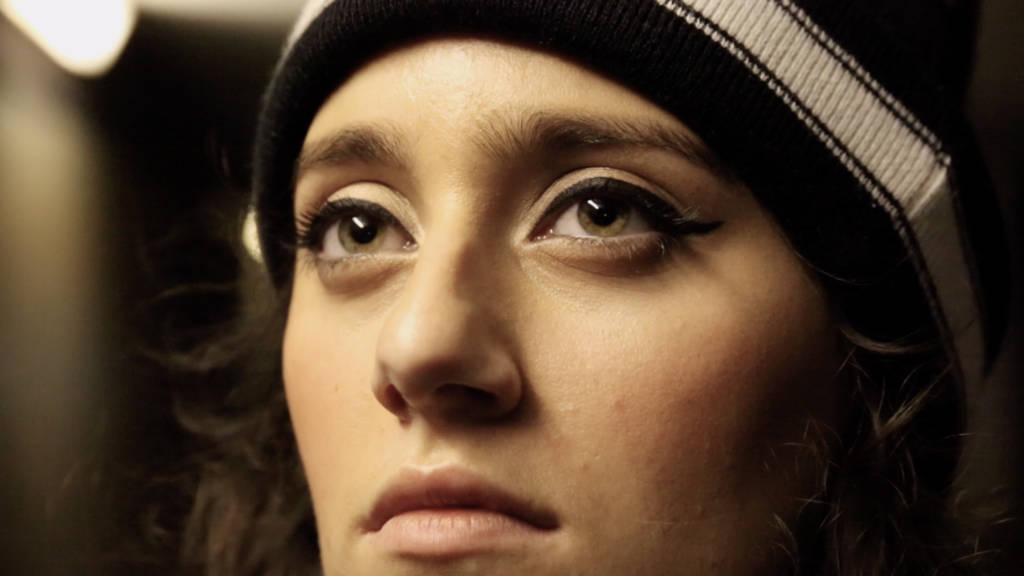 Jas is the story of a British-Iranian teen, and her unlikely meeting with a racist war veteran, in a small town trapped by the sea, with its endless horizon, tauntingly out of reach.  I was really interested in the idea of different worlds clashing within the context of very close neighbourhoods, and at a certain point it became clear to me that there were also questions of identity and disassociation going on for the protagonist, Jas. It is a story of the desire to escape, and the impossibility of escaping oneself.

The early concept grew from conversations with a fellow filmmaker who had grown up in a small seaside town and, having relocated to Hastings myself, I was desperate to film something here – the light does something really special on the south coast of England and there are so many dramatic vistas just screaming out to be filmed!  I was lucky enough to win a small production grant of £5,000 from Red Rock Entertainment based on my script and director’s pitch, and I decided to use that money to cover food and transport, and also to pay everyone involved, even if it was only a token fee. I also partnered with Paul DuBois from Apropos Productions as an associate producer who supported me on several key areas such as insurance and contracts. Given I was also producing this myself this was a fantastic help!

The majority of the cast and crew were local, something which was really important to me when making this – I wanted it to be born out of its location, and the most exciting find was our lead, Hastings-born Melanie Wilder, who is fantastically talented and carried this ambitious script. Working with Hastonians on the production side was the only way this could have happened in retrospect, with everyone pulling in favours and knowing where to find the best locations on a shoestring. It felt organic, right down to our using mostly natural light sources for the shoot.

This was only my second short as a director and it felt like a huge learning curve and a wonderful way to better get to know the area and the talent that live here in the South East. 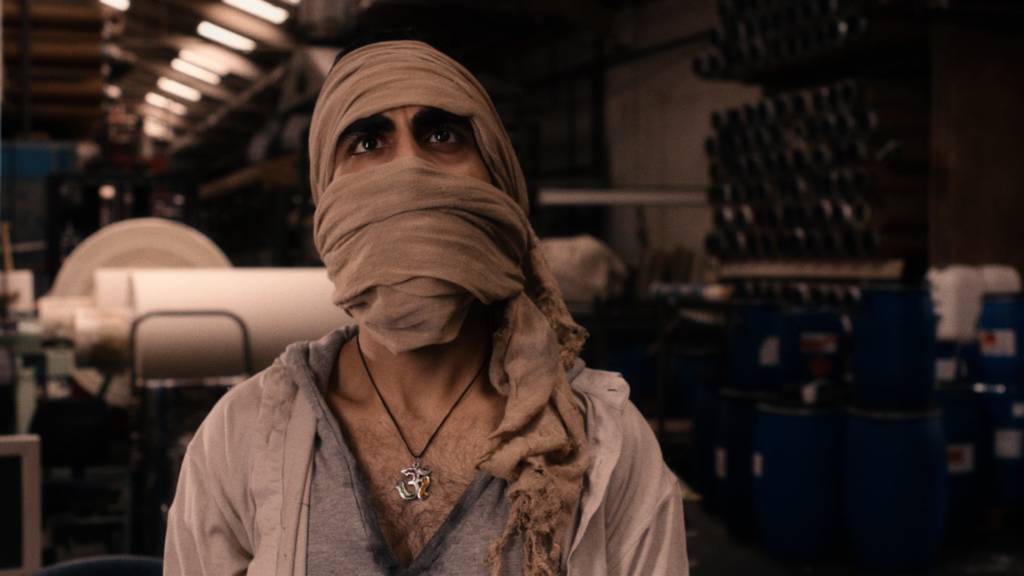 The idea for Amukta came out of frustration of seeing the same narrative being told both in the news; immigrants coming into our country and ruining it. Seldom did we hear of the indentured labourers being kept as modern day slaves, yearning to return home. Through help from the Heritage Lottery Fund, I was able to research and speak with real victims of this crime. Curating their stories helped me shape a story that reflected their experience. I wanted to create a sense of irony around the narrative, thus focused on a character who is forced to smuggle himself back out of the country.

The importance of having Film Hub South East on board is immense. They have helped programme the film across festivals nationally, in particular Cambridge Film Festival. I firmly believe film can empower social change, through cultural understanding and through taking risks with your storytelling and I believe my films do just this. Having Film Hub South East on board such a journey shows the commitment they have in promoting films that push boundaries and take such risks. I hope they continue to share my vision as a writer-director. 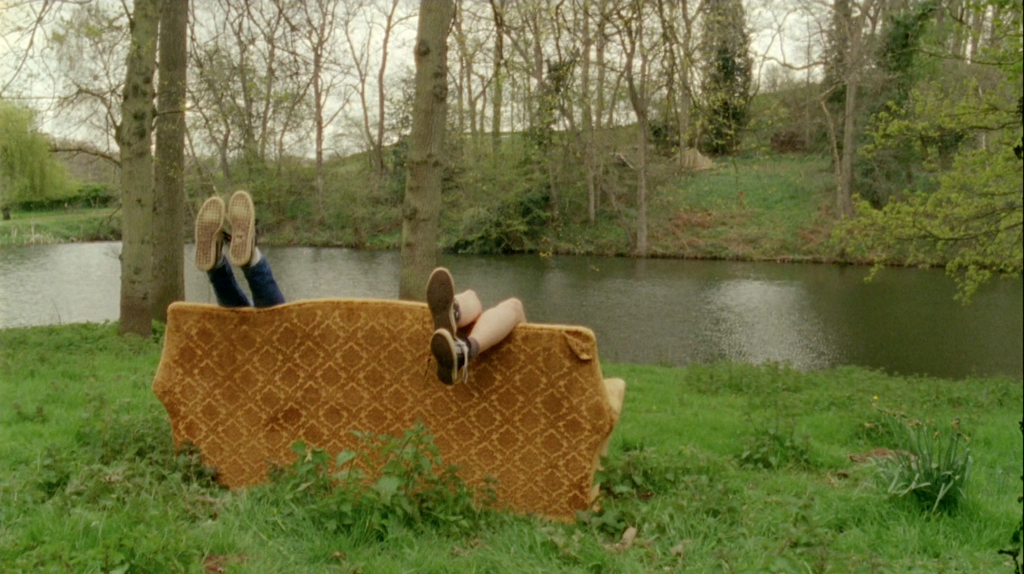 The main message behind Nailman is how quickly love can turn and what little control we have when it does. I wanted to tell this story to show what effect this can have on a young heart and try to get behind the emotional unpredictability you have at adolescence. This story is based on my own experiences of growing up in the country, falling in and out of love. I also want to explore the strange and sometimes dangerous actions children take when they can not control their anger but do not wish to harm the people around them.

After I wrote the script the first person I showed was my good friend and Cinematographer Natalie Kerr. We both were in agreement that it would be a great short to shoot for our end of year film. We joked about filming it on 35mm film, as we both agreed the story would benefit films naturally beautiful and organic look, while also being evocative of memory and times now past. But film is far to expensive for students, we didn’t know any student who had shot on film in the last five years. Then, Natalie came to me with a few videos she’d been looking at. They were examples of Super 16mm film from Poland. The colours were beautiful, the quality was so much clearer then I expected. We worked out if we put all our budget into buying and developing the film stock, we could shoot on film!

All the filmmakers were from the South East and students from Brighton Film School. It was so important to us to have this team that we drove everyone up and stayed in a large farm house over four days to complete the film. We even bought up Adam (who plays Will) and his mum from Kent, up to stay with us! It was amazing to mix the origin setting of the film and the talent from South East and collaborate to get what we wanted.

When there is so much great talent in the South East, it’s hard to not get sucked into the capital to create. I think it’s really important that we grew our crew and talent in an environment that worked for us and a big part of that was community and collaboration across the South East. Since the film came out we have had great support across the region and it has become so important to us that the area was able to recognise what we’ve been doing, that support is our main encouragement to make more films and become better storytellers to connect to people. It is so integral that this type of support happens from a film’s ‘home’ to help grow the makers and talent in the area.

Film Hub South East, part of the BFI Film Audience Network, is a project of the Independent Cinema Office and works with BFI NETWORK to support new filmmakers in their careers and projects. If you’re a filmmaker based in the South East, please join our Facebook group and explore how we could help you.