'You are not viewing, you are experiencing': VR Fest UK and the future of cinema

‘You are not viewing, you are experiencing’: VR Fest UK and the future of cinema 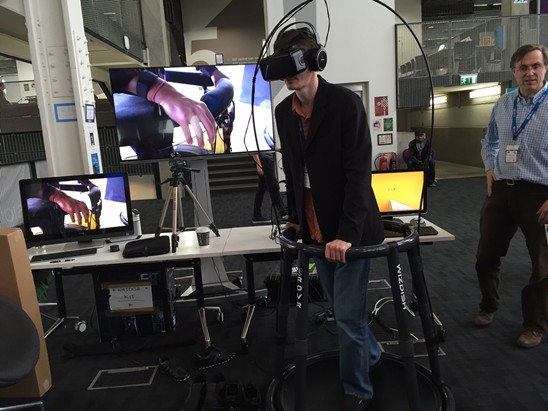 Jenni Graham is one of our team of Tech Ambassadors, leaders in cinema technical skills that visit venues across the country to help them improve cinemas. She is also Technical Manager at Queen’s Film Theatre, Belfast. We sent her to VRUK at Ravensbourne, ‘an exploration into the creative and technological potential of virtual reality.’  Is virtual reality the future for film and cinema? Let’s find out…

The ICO sent the Technical Ambassadors to the VRUK Festival at Ravensbourne to investigate how Virtual Reality will impact on cinemas. It was with an inquisitive mind, a touch of excitement, and admittedly, a little trepidation that I went along, as VR was not something that I knew much about, except in a gaming sense or Star Trek holodecks. But indeed there were a good number of attendees at the festival who were, as they termed us, Virtual Reality virgins, so the trepidation quickly evaporated during the opening address and the curiosity took over. The two days were packed full of talks, workshops and demonstrations that gave a crash course in VR, and allowed us to experience various different elements of it, from storytelling, 360 events, being on Strictly to playing PACMAN.

There is certainly a great deal of excitement around this new technology, but of course it is not new. VR has been around for decades, but the technology is just beginning to catch up with the possibilities. There has been a real burst of creativity around VR in the last few years, with the VR market expected to be a 15.9 billion industry by 2019, and it is projected that 70% of Generation X (whatever that is!) will own a headset. Surely then not something that can be ignored, rather something that must be embraced! However, how will this affect the cinema environment?

There were a number of talks and workshops based on the entertainment side of VR, and the cinematic and storytelling issues that filmmakers have with transferring a traditional linear storytelling method to a fully immersive experience. And issues there are aplenty. For example, how does one direct a VR story? Almost impossibly it turns out. How do you ensure your viewer does not miss a vital piece of the story whilst they are off exploring the virtual world? How do you make sure they are looking in the right direction when they can look anywhere, and potentially explore the environment, even down to opening the drawers in a room to have a wee riffle through? There are means, such as sound or lighting effects that can draw their attention that are proving to be useful, as well as monitored storytelling that relies on the participant looking in the right direction before the next piece of the story happens, but these are still not a guarantee your viewer will see what you want them to see. Essentially, each person can experience the story in a different way. Whilst fascinating, this is not conducive to a cinema experience: how do you programme when one person could take two hours to watch the feature and another person could take eight hours because they explored every aspect of the world they were immersed in? 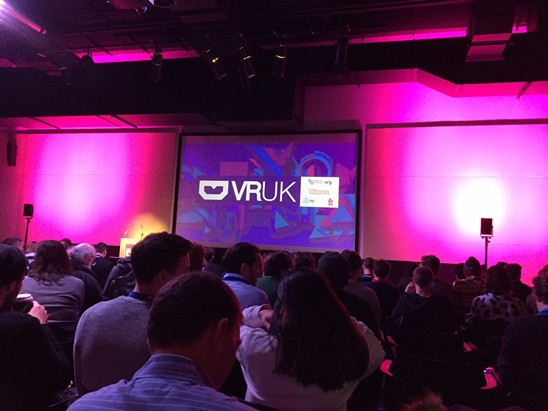 From a filmmakers perspective, VR can be an invaluable tool. A director can build and explore their set, correcting any mistakes or making tweaks, or visit possible filming locations all from the comfort of an office. They can visualise the elements beforehand, saving both time and money, making a much more realistic experience for them than a picture on an art board. Also, filmmakers are increasingly making VR content to go alongside their films as marketing tools. There is definitely a place for VR in the filmmaking world, but distribution of VR movies is still a solo home experience.

VR is not just a new way of storytelling, it has many applications whether it be in entertainment,education, medicine and professional development; all applications that are making a difference now. The most surprising of which for me is perhaps the use of VR for burn victims as a painkiller. There are studies and programmes in place working with victims of third-degree burns who need their bandages changed every day an incredibly painful experience to put it mildly but who cannot be given opiates to dull the pain due to the addictive qualities. Putting them in a VR headset and headphones and allowing them to be in that world,rather than experiencing their actual environment, has actually proven to reduce pain levels better than opiates in some circumstances. This brings the immersive nature of the VR experience to a whole new level. Helping people to relax in stressful situations, or overcome their fears, and other therapeutic applications is a fascinating subject in itself, with so many real world applications that can make a difference in peoples lives. Training and development again has endless possibilities with VR  for example, flight simulators or training medical professionals in new techniques. These are in use now, saving both time and money and providing a safe learning environment. Bringing VR into schools to do anything from taking children on a tour of Buckingham Palace to immersing them into a Viking world brings new ways of teaching and learning and opens up possibilities of experiences which otherwise they would not have. Much in the same way as bringing LIVE events to cinema has allowed more people to experience theatre, bringing these experience to the masses, bringing VR into classrooms and training environments opens up endless possibilities and is achievable with the technology as it stands now. Anything from architects to car manufacturers to rocket inventors can use VR to save time and money, and it will become an essential development tool. These practical applications are where this technology will fly under the radar, but will shine and make a real impact on peoples lives whether they know it or not.

Entertainment, however, is where the flash and magic live. As a gaming device or a social world, VR is and will be amazing. Allowing people to be immersed in their environment opens up whole new worlds and possibilities. ‘Immersive’ and ‘environment’ are words I have used many time here, but they are to me the key words when it comes to the entertainment aspect of VR. It will be a completely immersive experience.Blocking out visual and audible inputs from the real world allow you to be immersed, and in gaming you have the controller to move you around the world. Not being able to look down and see your hands and feet being a disembodied head essentially – is a tad disconcerting to begin with, but eventually you will have a full body in the VR environment. You are not viewing,you are experiencing: you are in the world. You are fully engaged with the content, be that a first person shooter game, a virtual world where people can interact and work together, or cinematic content. For storytelling, this means one does need to consider the psychological effect you are having on your viewer with an immersive story. They are experiencing it first person, rather than abstractly viewing it, and are therefore more emotionally engaged with the content. And there is also an issue with personal space, which, depending on the content, could be a huge divide in taste. 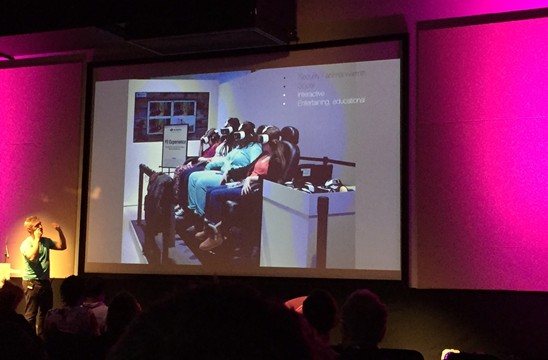 It is a new behaviour to learn,and there is certainly a generational gap to deal with. Babies practically seem to just innately know how to use these things nowadays, things that seem fandangled to people of an older generation. And not to paint everyone with the same brush, but there is certainly more willingness to have this thing on your head for hours at a time with younger people, which can also be seen in same generation with the difference between gamers and non-gamers. Creating content that will satisfy all groups presents quite the challenge. But that is a challenge that is being met with enthusiasm by the VR developers.

VR is certainly a new and exciting method of storytelling, but not one that will replace the cinema until we are at the level of Star Trek-esque holodecks that is! Customers are not going to want to sit in a cinema environment for two hours wearing a headset and being cut off from those around us.

One of the talks over the two days was on the evolution of storytelling, and the need for community and companionship which it provides. VR being a singular experience – you being fully immersed in the world you are experiencing but fully cut off from the world around you – is not a social experience, it does not meet the fireplace need that we all innately have. This will be bedroom technology as opposed to asocial experience. There is nothing wrong with that, it provides us with another way to experience a story, and for filmmakers the possibilities are perhaps endless.

The role of the independent cinema is to engage with the audience, and VR is engagement, but not necessarily with what the film maker wants you to be. VR is not going to be for everyone, but if it can reach people who are currently disengaged then it is worth it, and could cinemas perhaps have VR booths in their foyers to enhance the experience? Time will tell.