Why I'll be returning to Young Audiences Screening Day in 2017

We’re holding a Young Audiences Screening Day in May, full of films to entice young audiences into your venue and sessions on how to develop your offer for children, teens and young people. For a taster of the event, check out this post by Roseanna Dias, Watersheds Engagement Projects Coordinator, who attended our Screening Days at Showroom in July 2016 (which had a similar focus on cinema for young audiences via films and sessions) for her top 3 reasons why you should attend this time!

1) FILMS – finding films suitable for young audiences and families, outside the mainstream, is hard. We programme family films during the schools holidays and steer clear of big blockbusters getting loads of screen coverage and there isn’t always a big indie title like Moomins On The Riviera, Song Of The Sea, or Bristol-fave, Shaun The Sheep The Movie. We have to look out for smaller indie titles too, think about how to (re)frame repertoire, shorts and archive packages. When you aren’t able to go to European film festivals, UK screening days that shine a light on films for young audiences and families are invaluable for finding new titles to get excited about. 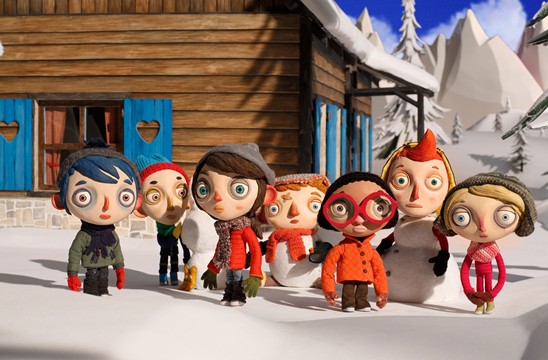 2) MARKETING – Seeing films means you can pitch them just right to family audiences, who, understandably want to have extra info about what the film is about, what ages it is most suitable for, are there any things they need to be aware of ahead of bringing their kids along. Sometimes, after seeing a film, you’ll decide that it just isn’t that relevant for your audiences even though it looks and sounds like a kids film (for instance, the upcoming Swiss-French stop-motion animation My Life As A Courgette, which after our marketing team saw it at another ICO Screening Days, we felt was more suited to young teen audiences than families). Building up that trust of your organisation and your programme with family audiences is really important for ongoing audience development. Planning add-on activity to complement a film is also made easier, more enjoyable, and being more informed and inspired means you hopefully get more interesting results.

3) NETWORKS – the screening day is a good opportunity to touch base with colleagues from across the country and across the industry. Even though there are loads of films to watch, there’s the inevitable nattering before and after any title. But more than talking through the merits and pitfalls of whats screening, chat about things you’ve done this year, things you’re doing at the moment and things you really really want to do. Its good to share, connect, find potential collaborators or just get advice. After talking to other family programmers about the difficulties of finding good quality new non-mainstream kids films at last years screening days, I came away feeling relieved that it wasn’t just me who was finding it hard and empowered: we could help each other out throughout the year, and continue to share titles and approaches. I also met a rep from Children’s Cinema Club and we’ve since screened many of the films they support to screen, including beautiful French/Danish animation Long Way North as part of a Christmas season for families exploring brilliant female leads.

This blog post was originally published on the Film Hub SWWM’s blog.

The ICO Young Audiences Screening Day takes place at Showroom Workstation in Sheffield on Fri 5 May 2017. Register now, before the deadline on Friday 14 April 2017.