Wear It Under Your Hats - Creative Digital Marketing Programme

Wear It Under Your Hats – Creative Digital Marketing Programme 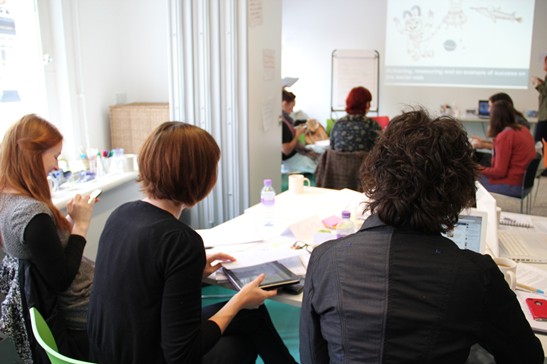 A professional development course that isn’t delimited by a half-day/ two-day/ one-week structure? Its customary to attend conferences/meetings/workshops, be inspired, take copious notes, make interesting contacts and go away with the best intentions only to return to be swamped all over again by day-to-day work demands and change nothing, or very little.

What really spurred me on to sign up for the ICO’s pilot Creative Digital Marketing Programme in mid-September was the continuum two days workshop in London, a commitment to implement a new idea over the space of six months with built-in support, then meet up again and report back.

Nineteen of us from film organisations, large, small and miniscule, from all corners of the UK, took part. And hats, metaphorical, multiple hats, are what many of us discovered early on that we had in common. Multi-tasking, juggling, call it what you will.

Unsurprising therefore, with the exception of some of the larger bodies, like the BFI and Watershed, digital and fast-changing aspects of marketing are frequently left to their own devices.

Take my own case. I cover marketing and press for Borderlines, a large and popular rural film festival, in its tenth year, covering thirty-five or so venues in two counties, Herefordshire and Shropshire, within one of the most sparsely populated parts of England.

A tiny core team of three, part-time staff delivers a festival that can attract up to 18,500 attendances over seventeen days in early spring. Working from home, without a central office, we communicate prolifically by email and phone but only sporadically in person.

To compound the sense of isolation, rural broadband speeds that could make all the difference in keeping in touch with new developments are slow. Streaming moving image content is out of the question; BBC iPlayer can take all night to download, even googling an article can be mind-numbingly laborious.

Our core audience is well within the plus 50 age bracket, many have a deep disinterest in social media and overwhelmingly prefer to glean their festival information from print brochures rather than online.

Budget constraints prohibit regular, radical overhaul of our website while, as deadlines loom, our social media output can often be haphazard, perfunctory and un-strategic.

For me, the programme represents a great opportunity and an exciting one. Not only to find out about new ways to communicate what we do but also to sound them out, to put them into practice in the spirit of experiment and see if they work for us.

Some highlights from the bunch of inspirational speakers who contributed to our initial two-day workshop:

Rob Greig, the Chief Technology Officer at the Royal Opera House, told us that microsites are dead and that data rules. Their website has a structure which sucks in ever-changing, dynamic content from Facebook, Twitter, Flickr, YouTube and SoundCloud. And for the static, factual, in-depth information about the Opera, its Wikipedia.

Matthew Cain from Trufflenet gave a fantastically practical run through about tools for measuring and listening to your audience based on campaigns around Norwegian Wood, a long film in Japanese that had limited appeal beyond specialist audiences and Dreams of a Life, Carol Morley’s documentary about how the death of a 38 year old woman went unmissed for two years.

Dreams of a Life came up again in Anna Higg’s round up of the cross-media storytelling being pioneered through the projects that Film 4.0 commissions. Pervasive games, talent development and interactive animation projects enable audiences to engage more deeply with films, the principle of lure and blur as she told us, quoting Frank Roses The Art of Immersion. 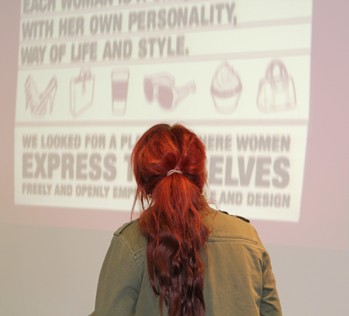 Bridey Lipscombe from The Rabbit Agency delighted us with her account of their campaign to identify and recruit Prometheus super fans to promote the sell-out Secret Cinema screenings in Central London all for the cost of a few boiler suits and some emails.

Suzy Glass from Trigger (and their SYNC programme) initiated us into the essential ingredients for a fruitful Hack Day as run by Creative Scotlands Cultural Economy Programme: data and content, geeks, food, beer, a comfortable co-working environment, fast bandwidths.

The best way to sum up David Coombs (OMD) round up of ten digital developments to look out for is to quote one of my colleagues, @hexenhour: At the @icotweets #creativedigitalmarketing shebang, where I learned that telepathic ping pong using neuro-headsets is finally a reality.

Best of all, perhaps, we got networking time; the opportunity to share ideas with peers who face similar challenges in different situations. My favourite tip came from Kristina Johansen from Dundee Contemporary Arts, who told me about their Friday Twitter film competitions. Her team runs them at a set time within a three-hour deadline, setting open answers that stimulate quick responses and unexpected conversations. I can adapt that formula and use it.

And from Claire Stewart at Watershed, the Post-It noticeboard that allowed people to voice their often extreme reactions to Antichrist. Its an excellent example (Anna Higgs referred to it in her talk) of how online thinking can be applied offline and made physical, something which I’ve taken on board in devising my own brief for the project.

So with huge thanks to the ICO, especially Tilly Walnes and Sarah Bourne; to Rachael Castell, our indefatigable course leader; and to the event venue, Wallace Space, which, thinking back to those geeks, provided everything in terms of drinks, stationery, nibbles that we could possibly wish for (I’ve never eaten so well on a course), here are 10 nuggets of wisdom that I took away with me:

1. Collect data and listen to what it tells you

4. Borrow but don’t do what others do for the sake of it

10. Use the power of networks