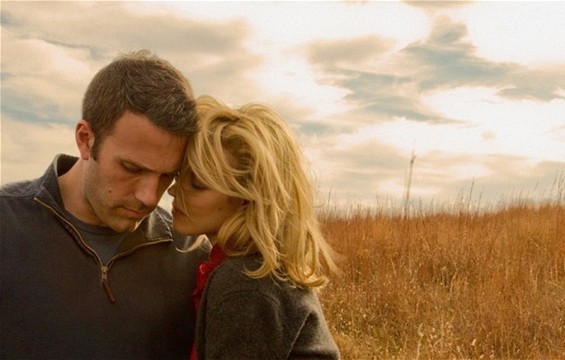 Malick’s latest feels like an undeveloped sketch about faith and marriage. Two parallel narratives, told in his typical allusive fractured style, follow Javier Bardem as a priest questioning his faith which plays as a minor note underscoring the film’s larger concern of Ben Affleck struggling to commit to marriage. I adore Malick but found this thin, too heavy on the religious allegory, and lacking in much real insight. It’s certainly got nothing on the far reaching ambition of Tree of Life even if bears some superficial similarities both in terms of style and its preoccupation with the big questions. It seemed at times like a pastiche of itself. Cue endless shots of wheat fields, sunlight dappling on its characters as they revel in the physical while painfully struggling with the spiritual. All the women in this film appear to be (a) models, (b) needy and (c) obsessed with dancing in the open air as if endlessly auditioning for a shampoo commercial. It made me hope Malick will drop down a gear on his new found productivity and go back to making a film every decade or so. Oh and there’s a heavy dollop of man polluting the earth stuff – basically giving Nature a kicking – which of course is BAD. But I’m not sure anyone walking into a Malick film needs a lecture on this… I felt I was being kept back a year at school. Its deeply conservative-liberal (if that’s not an oxymoron) tone was frustratingly condescending. Still, I’m sure he’s preparing for another masterpiece but I just wish I didn’t have to watch his warm-up routine – running on the spot makes for a poor spectator sport.

From the directors of The Deep End and Suture, this is a decent reasonably affecting story of warring parents (Julianne Moore and Steve Coogan) fighting for custody of their daughter Maisie. Set against a monied backdrop this contemporary updating of the classic text is driven by powerful performances, not least young Maisie’s navigation of her split loyalties, but it has little in the way of surprises.

Mira Nair’s (Monsoon Wedding) rigorous, gorgeously atmospheric pitch perfect exploration of what makes a Fundamentalist is thought provoking, emotionally engaging and thrilling in equal measure. What could so easily be simplistically partisan or a “why can’t we all just love each other” polemic is instead a multi-faceted exploration of how the personal becomes political. Riz Ahmed (Four Lions, Trishna) goes from strength to strength as an actor magnificently portraying the inner life of a young Wall Street highflier, raised in Lahore, educated in the US, who questions his sense of self through his cultural identity after 9/11. Hugely impressive. Oh and it’s fun to see Kiefer Sutherland as a scenery chewing Wall Street Jack Bauer.

A fun comedy in the Bridesmaids mould with Kristin Wiig, Annette Benning and Matt Dillon from the directors of American Splendor. A young ex-playwright loses her boyfriend, job and Manhattan apartment ending up at home with her mother and brother searching for her father. A careful mix of absurdism, gross-out and tender humour makes for a satisfying if forgettable comedy which I’m sure will do very nicely thank you at the box office.

Harmony Korine’s (Gummo, Julian Donkey Boy) bid for mainstream (sort of!) commercial success surprises with its carefully crafted, gorgeously shot pean to crassness as gold-toothed, cornrowed rapper Alien (played with relish by James Franco) springs bail for four college girls on, um, Spring break, who have ended up busted by police at a wild party. Things get progressively more chaotic as the girls take up with the drug-dealing, gun crazed rapper and become embroiled in a turf war complete with drugs, nudity and lots of shootings. It’s a cautionary tale which is brutal and hair-raising but for all its explicit bravado, and a good deal of tongue-in-cheek christian and parent baiting, is a pretty conservative moral tale. Bags of energy, wit and style can’t quite save it from being a little repetitive but it’s certainly good to see Korine back on form. 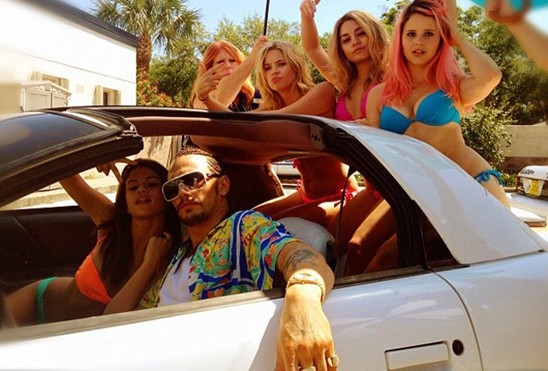