There are very few places in the UK that embrace a film festival like Sheffield embraces Doc/Fest. As you exit the train station, street banners and flags direct you wherever you need to go, and even if you weren’t there for the festival, it would be hard not to get sucked up into things. As this was my first time at the festival, I took some time to wonder the streets and acclimatise myself to my surroundings, but before you know it you’ve accidentally wandered into an event of some sort, and thus my weekend began.

Something that I admired about the festival was the openness with which it was organised, and the good willed nature of all the filmmakers and documentary lovers present. All the directors that were able to attend were willing to give up their own time to sit and talk with you about their film, or the issues surrounding it, or even about how cheap the coffee was here. Breaking down these hierarchical barriers between filmmaker and cinema audiences made for an entirely unique festival experience.

There was a diverse variety of events on offer, including a spectacular live score from Brixton-based musician Gaika for the film Black Mother, itself a contemplative mosaic of images surrounding Jamaican life. Alongside events such as this though, I was lucky enough to see several films from all over the world, and here is a small selection of what I saw:

Whilst originally intending to focus more broadly on the state of Shamanism in the indigenous tribes of Brazil, director Luiz Bolognesi’s research led him to the Pater Surui tribe. In this tribe resided a former Shaman named Perpera who, under the evangelist pressure ever-present in the country, has been made almost redundant within his community. The film walks a fine line between documentary and fiction, as we move from impromptu moments captured on camera to recreations of stories Bolognesi was told by other members of the tribe; attempts by the village to deal with local authorities knocking down the nearby jungle by posting pictures on Facebook, or watching Perpera as he cleans the local evangelical church as his only form of income. All of these moments surround Perpera as the Ex-Shaman, and form an allegory for the way in which this tribe has had to adapt since being discovered by the white man – this is a tribe that no one knew even existed until 1969, with an ancestry rooted deep within this jungle. The film itself is stunningly shot, with obvious affection for the central figure, and all helps to bring together this wonderful portrait of the clash between tradition and modernity. 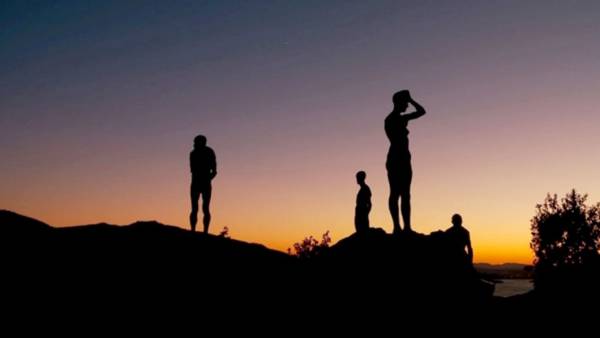 The Silence of Others (dir. Almudena Carracedo, Robert Bahar)

The Franco era of Spanish history is one that is not too often spoken about in modern culture; a 40 year reign besotted with terror, the crimes of which are now being opened up to interrogation and prosecution for the first time. Directors Carracedo and Bahar created this film having followed the story for the past six years, interweaving the personal stories of those who had family members tortured and murdered during the dictatorship with the constantly winding story of the ongoing prosecution being launched from Argentina – a plot that develops akin to the greatest crime thriller. The first act does an ample job of outlining the atrocities of the Franco era before letting the story develop naturally through the lives of those involved, whether that is the Argentinian prosecutor, or the heads of the social justice groups in Spain. In these groups, we are introduced to several noble and humane people simply fighting for justice in whichever way is possible for them, and it this human connection that permeates throughout and most likely led to its Grand Jury award win.

In When Lambs Become Lions, first-time director Jon Kasbe has managed to amalgamate a deeply moving and poignant film about the ivory trade in Northern Kenya, inviting us into the life of two cousins: a local wildlife ranger named Asan, and a small-time ivory dealer simply referred to as ‘X’. This juxtaposition reveals itself in several different ways, most notably being the distinct difference in wealth of the two cousins. As a ranger, Asan hasn’t been paid in months, and is struggling to make ends meet for his family, with a second child arriving soon. Meanwhile, we are introduced to X as he wanders the streets, proudly proclaiming that everyone in the village knows him, swanning about in his fancy clothes and bestowing gifts upon his son. The realities for X are laid bare later on in the film however, when he starts to become more and more pressured by his ivory buyer, and the complexities of his life start to unravel. Rather than a standard portrayal of poaching, this film represents how the ivory trade is driven by more than just a desire for money, but is rather a product of the poverty-ridden environment in which it thrives.

One of the other reasons I was excited to attend Doc/Fest was the variety of experiences on offer as part of their Alternate Realities strand. There were several different VR installations and interactive documentaries on offer, but here are just a couple of my experiences: 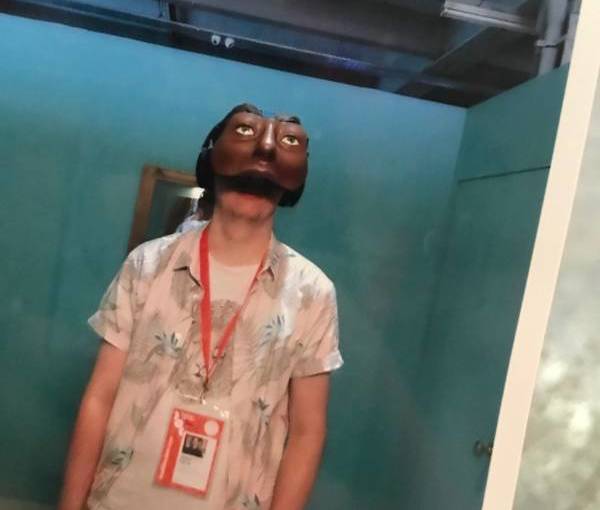 In one of the larger installations within the Alternate Reality strand, this Sheffield Doc/Fest commissioned piece is based upon the life of Michelle, who having suffered a near fatal gunshot injury wears a special facial prosthetic. The experience is split up into three sections. You start by walking into a recreation of Michelle’s living room, covered in photos of her before and after the injury, as well as newspaper clippings from the time. Following this, as you step through the next door into another recreation, this time of Michelle’s bathroom, you are presented with a VR headset specially moulded to replicate the facial prosthetic that Michelle wears. The 13-minute experience is extremely tough viewing, taking you through the moments leading up to the accident, and then through the accident itself. Taking the headset off to see yourself in the mirror once again, the whole experience becomes almost overwhelming. Shortly after, you cross through to the final room, and although I won’t go into details about this section for fear of altering someone else’s experience, it is in fact the perfect climax to this endeavour through a traumatic and personal story.

Inside a Mind at War (dir. Sutu)

Detailing one soldier’s catastrophic battle with PTSD before, after and during the Iraq war, this experience is all illustrated beautifully by artist and director Sutu. Created using the VR software ‘Tilt Brush’, the artistic style is one of the most notable elements of this piece that allows you to explore the mind of the soldier in question, Scott England. What is most impressive is the use of VR to grant the piece a sense of scale impossible to capture on film. This takes several forms, but most notable is the image of a mass grave, stretching as far as the eye can see. The piece also comprises of a voice-over from Scott England himself, and provides the source material for much of the imagery that we see and explore. Whilst the sometimes simplistic animation can make staying engaged throughout a little bit tricky, these are accompanied by a range of meticulously hand-crafted images of war and travesty that mostly make up for any flaws the piece may have.

One of the key purposes for VR in comparison to fill is that it allows for the story to be immersive in a completely different way, something that is taken full advantage of with Manic VR – a short but chaotic journey into the bipolar imagination. Wondering from bedroom, to jungle, to space and beyond, the piece jumps from one to the other with erratic haste and almost without reason. Each segment has a voice-over provided by audio recordings from one of the director’s siblings, as they both battle with their symptoms and attempt to come to terms with their illness. What the piece does extremely well is highlight other sides to bipolarity other than the depression and psychosis that have often come to define it. More often than not, the images that the siblings conjure in their words create an indescribable spectacle, made all the more immersive by your ability to wonder around the space, whether that be in a child’s bedroom or next to a bath in the Amazon. If immersion is the key to VR, then Manic VR is the perfect example of how to unlock the potential of the medium.