Rotterdam 2013: Space is the Place

Rotterdam 2013: Space is the Place 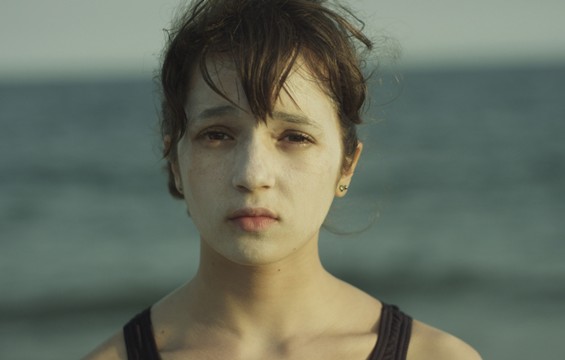 In this American indie debut directed by Eliza Hittman, we follow 14-year-old Lila, desperate to transcend the boredom of tweendom. With a best friend who delights in canoodling with fellas in Lila’s face, her gooseberry status and hormonal yearning lead to a fixation on an older guy Sammy, who exudes toxic indifference.

This would make an interesting counter-programming double-bill with Harmony Korine’s Spring Breakers, also at IFFR. Leaving the cinema after the latter audiences walk away with a kind of jiggle retina-burn, where the after-image of breasts is everywhere you look. While divergent in it’s message, It Felt Like Love, has a similar fixation on teenage skin, lingering on bikinis and mini-skirts in search of the profound.

It Felt Like Love joins a fine school of female coming-of-age naratives, with the shy girl overtaking her more promiscuous friend, with extreme results, alongside notable films such as Water Lillies or My Summer of Love. It well communicates the excruciating nature of unrequited desire, and the awful ease with which this can be exploited. But for this viewer, the characters were too palely sketched to hold the attention.

However, I was glad that it did bring to mind one of last year’s Rotterdam highlights, Lena, soon to be playing at Glasgow Youth Film Festival, where – albeit for a short-lived moment – an insecure teenage girl has good healthy sex with a cool boy her own age. This kind of representation makes you want punch the air, it’s so rare.*

The next Tiger nominee is Soldier Jane (Soldate Jeannette), an Austrian puzzler from Daniel Hoesi. Car-crash-compelling, Fanni is a middle-aged anti-heroine who at first appears sociopathic. Running intricate money scams, shoplifting luxury clothes, living rent-free in a classy apartment, simply because she’s worth it. 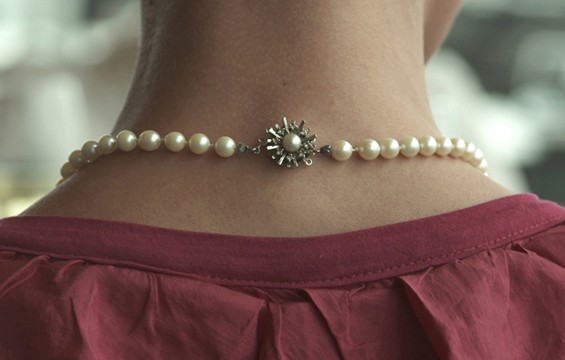 When a boutique-owning acquaintance gently suggests Fanni might like to get a job in retail, her sense of entitlement is bluntly expressed, “I belong in front of the counter.” But time is running out, a stalker is dropping vague threats during her spa treatments, and the locks have been changed. So Fanni takes flight.

I’ll admit I find it hard to grasp what is going on in this film, shot with a flat digital ugliness, and with a humour so surreal and arid. But there are two striking images that have stayed with me in the days since. The first is a shot where a machine counts out Euro notes in fifties and hundreds. It was a plainly-framed close-up, but I could feel my eyes bulging, like in a cartoon, as the money just kept coming, with something physical going on in the cinema as the audience started rustling. The second shot was watching the KLF-style bonfire of those same notes – someone near me actually gasped.

As a critique of capitalism, Fanni’s lack of attachment to money, and her insistence that the law does not apply to her, could be read as a lack of conscience, or alternatively, as what makes her a radical force. Either way, Soldier Jane is not giving an easy answer.

There’s a danger at festivals where you see a few OK films and then see something good, it is immediately elevated to masterpiece. So I’ll try and lay off the hyperbole, but up next was the first film that I truly enjoyed and left the screening on a high; International Space Orchestra. 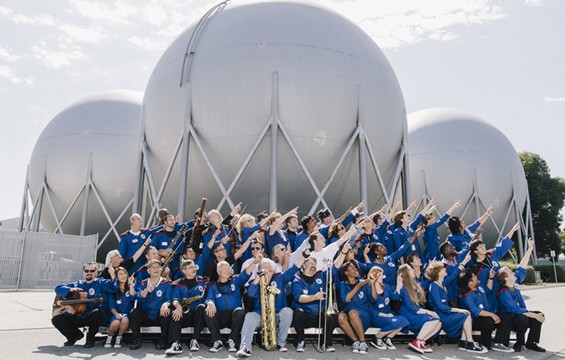 World Premiering in the Signals: Sound Stages section of the festival, this documentary charts the formation of an orchestra made up of space scientists from NASA, leading to a concert where they perform music composed by Damon Albarn and Bobby Womack, and Maywa Denki (the choir learning the Japanese phonetically), plus a libretto by Bruce Sterling and Jasmina Tesanovic.

Following a familiar documentary trajectory of the bumpy lead-up to a group performance, it has all the thrills of this form – they start out so bad, will they make it? etc. But what elevates it is the human dynamo at the centre, designer Nelly Ben Hayoun constantly disarming all around her with sheer French bossy-boots charisma. Eliciting candid responses from all stratas of the organisation, including an active astronaut, Hayoun’s obsession with the dynamics of the Control Room position her well to surf around protocol and never take no for an answer. Funny, uplifting and just under an hour long. We have lift off.

The evening continues at Mind The Gap, the late-night programme of audiovisual performances, bands and dj’s at bastion of DIY culture WORM. Having moved around venues for a few years, WORM finally settled in an awesome building last year, perfect for presenting edgy music, film, workshops and performance, as well as hosting a film lab. Unfortunately this new building coincided with the funding cuts, leading to a reorganisation that currently sees them minus film programmer, Peter Taylor (no relation!), who also programmes shorts for IFFR and has been responsible for some of the best underground cinema-programming of recent years, anywhere. Someone snap that programmer up!

As an extension of the festival shorts programme, its a lively crowd of filmmakers and artists and the atmosphere is great, with WORM as a natural magnet for a late-night drinks, where you know you’ll meet people and can discuss the films you’ve seen – the kind of hub that is still surprisingly rare in UK festivals. Tonight’s entertainment focuses on combinations of musical and visual extremes, with the highlight being a beautiful performance from dark electronica merchant Kreng and experimental Korean cellist Okkyung Lee. Having met 3 hours prior, their improvisation went to all sorts of places and allowed our over-imaged brains a chance to drift a while. And then, before things start to get messy, to drift home.

*She still gets punished in the end though.