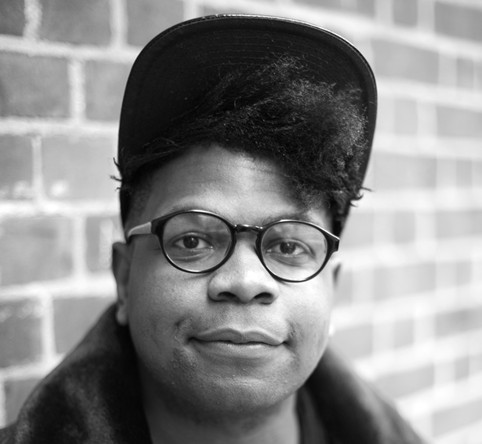 We caught up with Rico Johnson-Sinclair, one of the trainees currently taking part in our FEDS scheme, to mine him for tips for surviving a film festival. Less than a month into his placement, Flatpack Film Festival kicked off. Here’s what he learned from his baptism of fire.

I was ridiculously secure in my own skills before starting work at Flatpack Film Festival. Some might say I was even arrogant. Having volunteered at most of the festivals in Birmingham and having been praised for my production prowess and work ethic, I was sure I’d make it through the festival unscathed.

Cut to me, in bed, with my foot elevated to alleviate the pain.

I think my one downfall was assuming because I’d worked as a volunteer, I had an understanding of what actually goes into a festival production. I can promise you that working as a core member of the team is an entirely different experience and at least ten times as exhausting.

I barely escaped festival life with my pride intact. But I survived it all the same.

I guess that makes me qualified to tell you all how to do the same. Here are nine tips to prevent you from losing any of your lives.

During the festival, I was in charge of my own group of volunteers. Let me start by saying how difficult it is to be in charge of other people when you are snowed under yourself, your patience isn’t what it was and all you can hear is the sound of each passing minute bringing you closer to opening time. The last thing you want is abrasive volunteers rubbing you the wrong way because of your own lack of understanding. Some peoples personalities do not match, and its your job as the superior to accommodate their personalities. I wish it was something I had considered before crunch time.

The last thing the paying public need to see is the literal sweat running down your face as you attempt to carry a chaise lounge down two flights of stairs in a listed building with a number of priceless artworks. A great way to avoid this is to choose the right times to move furniture. Also,there’s the non-literal interpretation. Practise smiling in the mirror every morning because you’ll be doing a lot of it. And DO NOT LET THAT SMILE FALTER. In all honesty, this was probably the easiest aspect of the festival as I’m always pretty smiley anyway, but there was a measurable improvement in communication when there was a smile on my face. 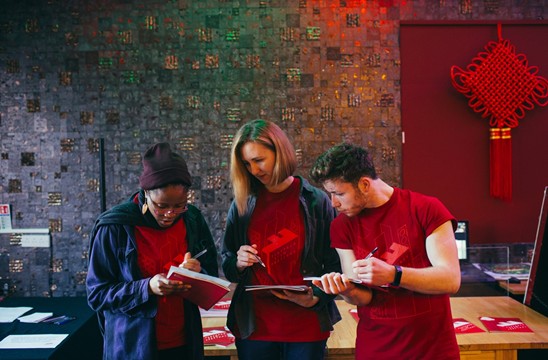 Always have emergency snacks and water on your person

This one is so important. The festival production period will leave you without a minute to spare. Thankfully Flatpack runs mostly in and around Birmingham city centre, meaning I could easily grab a burrito,whilst carrying venue boxes and flyers to various venues. In our temporary office sat a plethora of sweet treats, water and coffee and, of course, tea thanks to Abbe, our Ops Manager. But at certain stages that becomes unfeasible,I clearly remember being tasked with the get-in at a venue that was slightly further away from the city centre. It was 7pm and I was particularly up against it. I hadn’t eaten since about midday, and I had been running (and I do mean running) around all day, and I could have killed my best friend to have one bite of a petrol station sandwich. It was not a good look, I was not en vogue.

Everyone will piss you off at some point. Its not them, its the pressure

I spent around 20% of the festival period in an undetectable strop. I got annoyed with everyone at least once, but I knew from previous production experiences that this happens when you’ve gone three hours without a cigarette, five hours without nourishment, simply because you forgot to eat,and have ten people feeling the same way as you in close confines. I think that knowledge prevented me from losing my cool. Or what little of it I have. 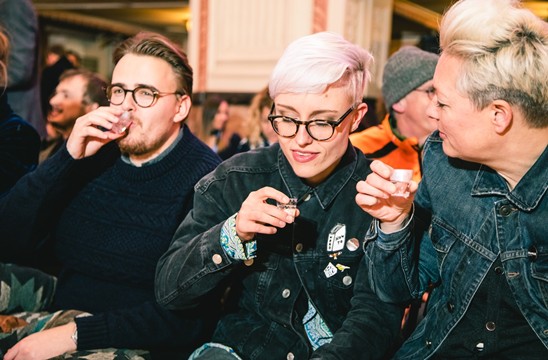 When entertaining guests, always drink water between alcoholic drinks, if you have to drink for the sake of being polite. Don’t mix drinks and eat before bed.

My day started at around 7.30am, and before I knew it, it was around 2am on a Thursday, Degenerates Social at Central A as part of Flatpack Film Festival was winding down.

After a brisk walk home and an 8am start, I’d all but accepted that this would be how my life ended. Until I realised I had to be at the Kino Train at 9am and quickly showered off my querulous mood.

That was a terrible day, unsurprisingly.

Do not attempt to take care of things in your personal life during production.

Of course, payday for me was mid-festival and having just moved into my new home, I was keen to make a start in filling it with home comforts, as well as the essentials. I ordered from Amazon Prime and ended up having my packages delivered at 7pm while I was still in a midday festival flurry. The delivery guy left them outside my door and they were stolen. I had to get the items delivered the following day, delivered directly to me at work, but when the festival came to an end, I was stuck with carrying a cutlery set, plates, pans and glasses home. My birthday also took place during the festival which got ignored for a couple of weeks by myself. The team got me a cake which I was too busy to eat. Oh and, whatever you do, don’t try and make it to the gym after a production day. You’ll regret it. 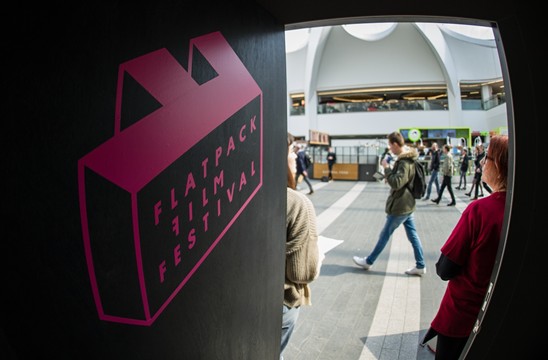 This is England: dress/pack for all weather types

The first days of Flatpack were dull and grey. By the weekend it was swelteringly hot and clear with highs of 23 degrees celsius. On Monday the sun was out but it was deceptively cold, I left my house in shorts and would have been late if I turned back. I got the flu almost immediately after the get-out.

I assumed that all the running, dancing, jumping, standing and walking I did during the festival production period wouldn’t catch up with a fit, 27-year-old like me. On the last day, I could barely walk and ended up curling up into a small ball for an hour to sleep and rest my leg. It didn’t help, but it was my own damn fault. Can’t resist a good dance to LCD Soundsystem though. 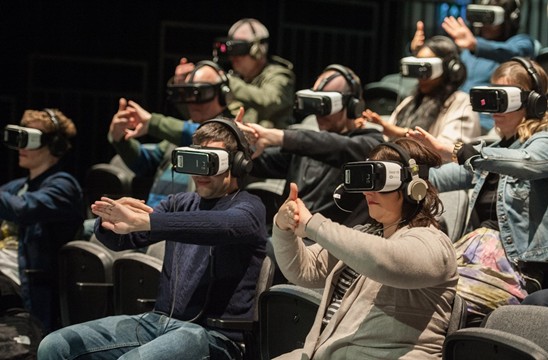 No one can really give you specific advice about working production

Your experience of working in production is completely different from mine. There are so many variables. All I know is that its all worth it because what you end up with is a labour of love you are willing to put your heart and soul into – so make sure it gets the recognition that it deserves and pleases the people who really matter, the audience. It makes me immensely proud that I could be a part of this year’s festival in such an instrumental way. That also did wonders for my ego.

Its a shame perspective like this doesn’t come to visit until its all over. You just do your best and hold on tight.