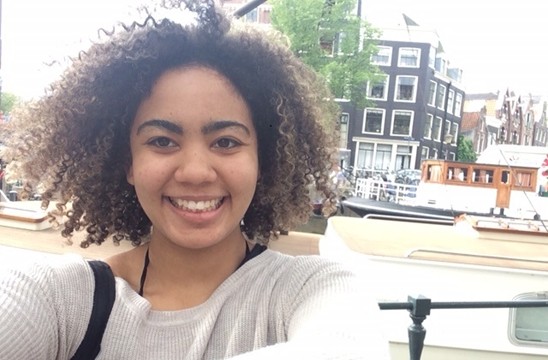 This year we’re once again running our FEDS scheme (funded by Creative Skillset), aimed at giving young trainees an opportunity to learn on the job in film distribution, exhibition and international sales. Here, one of our trainees, Rebekah Taylor, working at Errol Flynn Filmhouse in Northampton, gives her impressions of the experience and why she wanted to join the scheme.

My love of independent cinema was developed late due to being raised in a small town in Hertfordshire where the nearest cinema was a multiplex 30 minutes car drive away. Family members who were also raised in my town commented that there used to be a lovely art-deco cinema but unfortunately it closed down eleven years before my birth. Therefore my love of independent cinema didn’t come until I started my A-level film studies course with a combination of discovering and studying independent cinema and becoming the age that my friends and I could drive further afield.

I remember in my first year of my degree an alumni from my university gave a presentation on film exhibition, at the time I was very intrigued as, being in my first year of my studies, I had little knowledge or experience of film in further education. She talked about working in independent cinemas and film festivals.  I remember bombarding her with questions as I loved attending the local independent cinema that she worked at, regularly attending late night screenings. I loved the films that were programmed there and couldn’t believe that there was a job where I could watch films and, to a certain extent, have a choice of what is shown to a local audience. Following the talk I was interested about getting into film exhibition particularly programming and that is when I discovered the ICO scheme on social media, I saw that the trainee scheme was being advertised especially for exhibition and distribution. Importantly I didn’t require any past experience in the industry, which the majority of the trainee schemes I applied for did require this. I love that the scheme has given me the opportunity to gain experience in exhibition. 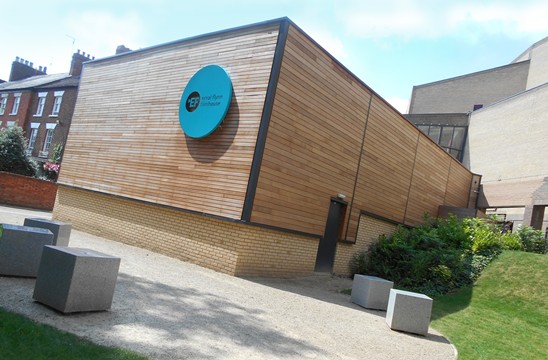 My trainee placement is based at the Errol Flynn Filmhouse, part of a mixed arts venue in Northampton called the Royal and Derngate. The venue has two theatres: the Royal Theatre built in 1884, the Derngate theatre built in 1983 and the Filmhouse which opened in 2013.  There is a small programming team at the Royal and Derngate comprising of a Programming Manager and Programming Assistant that work on both the theatre and film. There is also an external film programmer.  Working in a small team has meant that it has been easier to settle in. I’ve also found that working with Theatre Programmers has given me the insight into the theatre industry as well, which is my second love. Working with a small venue has also meant that I have been able to get to know other departments such as Finance,Operations and Marketing. My placement is very different from my fellow trainees as I am working in a venue that is predominantly a theatre, therefore the focus is not just on the medium of film. This has allowed me to look at cinema programming from a different perspective than I expected as our in-house statistics show that majority of the regular customers that attend the Errol Flynn are also regular visitors to our theatres.

I therefore work closely with the Theatre Programmer as productions shown at the theatres do have an influence on the films that are chosen for the Filmhouse. In the coming months we have two collaborative projects. The first is a season of dance films curated and introduced by choreographer Richard Alston.Richard Alston is bringing this new show An Italian in Madrid to the Royal and Derngate and the Errol Flynn Filmhouse has been able to take advantage of this by programming three films curated by Richard himself that inspired him to be a choreographer. Our second project isa reggae night that I have coordinated to coincide with the launch of our BFI Black Star season at the film house, celebrating black musicians on film. Being part of a mixed arts venue I took advantage of the space and decided to host a reggae night in the underground space of the theatre that will feature local musicians that will play music from the first film shown in our season, The Harder They Come (1972). 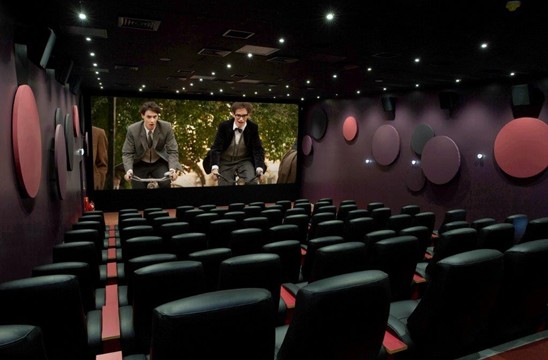 The biggest thing I didn’t realise about independent exhibition

The biggest thing I didn’t realise about independent exhibition as a customer was the struggle that they have with multiplexes. I was not fully aware of the hard work that goes into film exhibition particularly independent community cinemas. I assumed that they would get the entire current releases offered to them for as little or as many showings as they wanted and that they were guaranteed all films. I remember as an audience member criticising my local independent cinema for not programming my favourite independent film. I remember asking box office the questions like, “It’s a good movie. Why aren’t you showing it?” and moaning about the showing times and lack thereof. I was completely unaware of the film schedule, that early evening is more profitable and depending on the amount of screens they may have, that they have to compromise on what they show. However, even though we occasionally have to programme a commercial film we still have the opportunity to programme films that we care about and feel requires the exposure, this gives the community of Northampton the opportunity to see films that wouldn’t necessarily be on their radar to view.

The biggest opportunity I have had is the opportunity to network with some great people in order to collaborate. When I was at University we studied the aesthetics and the theory but I am so happy that my training opportunity has given me the chance to see the industry first hand and given me the practical experiences that have been so precious.