This year we’re running our Film FEDS scheme, aimed at giving young trainees an opportunity to learn on the job in film distribution, exhibition and international sales. Here, one of our trainees, Amanpreet Dosanjh, gives her impressions of the experience.

I am currently doing my traineeship with Soda Pictures and my main role is Press Assistant. But the great thing about my traineeship is that the Soda team has encouraged me to work across different areas (marketing and home entertainment) so I can learn about all the different elements in distribution.Whilst I’ve been here there have been a number of releases from all over the world including Jauja, Kumiko the Treasure Hunter, Difret, The Face of an Angel, The Goob and many more gems which Soda has brought to the UK (you should all check them out!).

When I first started, I didn’t really know what to expect as working in the film industry has been given a frightening reputation. But nearly halfway into my traineeship, I’ll begin with letting you all know that working in the film industry isn’t like it’s portrayed in the movies. Yes, it’s fast paced but it really isn’t as scary as it looks. There are so many areas you can choose to work in with film but I’ve always wanted to experience what it’s like to work in distribution and I have learnt that it requires a lot of work to get films to the cinemas. But once a film is out, it feels so rewarding.

I could write a reallyyy long essay about all my great experiences at Soda so far but the easiest way for me to give you an idea about what my job involves is to take you through one of our campaigns. This is the standard process for any release but it varies widely because the films are so different, which makes it all the more exciting as you’re guaranteed to learn new things along the way! I’ll take you through our process for Phoenix (directed by Christian Petzold), which we released in May.

First things first, the whole team gathers and gets stuck in for a strategy meeting. This is where all the ideas are discussed such as comparative titles,cinema sites and target audiences, so we can get an idea of how the film will perform at the box office and to ensure that we can make it as successful as possible. Other elements are also discussed such as technical materials, marketing, press and home entertainment and the film’s journey is discussed from start to finish. After being part of many strategy meetings during my time at Soda, I have learnt that they are crucial, giving everyone a chance to brainstorm ideas. After the meeting we have a clear focus and goals to work towards. Everyone’s ideas are taken into consideration, which makes you feel like a valued member of the team.

As my main role is press assistant, it’s my job to organise invites to our press screenings. This means sending out invitations to journalists/critics/reviewers or relevant groups so the team has an idea of the type of press the film will receive. I’m responsible to going to screenings to see who’s attended and it’s really awesome because I can stay and watch the films on the big screen too! It’s great to see journalists and critics gather and it’s given me the opportunity to meet a wide range of people who work in the industry (journalists are not as scary as they’re made out to be either!). After the screenings, I chase the attendees for their reactions. Hopefully this leads to useful quotes for trailers and posters – there were plenty to choose from for Phoenix!

Whilst all the press is taking place, the wonderful marketing team pieces together a campaign to ensure the film reaches the right audience and I’ve been lucky enough to get hands-on experience in this field too. Helping on the marketing side includes creating posts on our social media sites, reading reviews to see if there are quotes we can use on posters and in trailers and also looking at artwork from different territories to get an idea of what design to choose. As I get to watch films before release, I’ve also had the chance to choose clips for promotional use, and it feels amazing to be given tasks that make you feel really involved in the film’s campaign.

A week before the film’s release, I go around all of our cinema sites to ensure that they’re playing the trailer and displaying our beautiful posters. This is one of my favourite tasks as it gives me the opportunity to visit cinemas across London and meet the lovely teams at the sites and most of all, it’s a great feeling when you see Soda posters in the big, shiny frames. Before beginning my traineeship, I had no idea that so much marketing was involved in distribution. I’ve been learning so many different marketing techniques and have realised that although film knowledge is important when working in distribution, many other skills are required to make a film work. 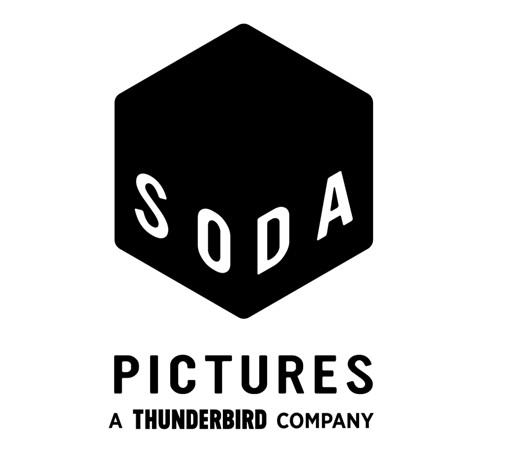 Once all sites are confirmed by the bookings team (who work hard to get our films screened in as many cinemas as possible), it’s my job to update the website with all the cinema details so everyone can head over to buy their tickets. I thought updating a website was very complex (ahhh, numbers and codes!) but once you get the hang of it, it’s pretty simple and the team have been helpful by teaching me everything I need to know.

The most anticipated day is release day! It’s exciting because after all the hard work, the film is out there for everyone to watch. It’s the same day that reviews appear online and in the papers so it’s always interesting as you get to see all of the reactions. Phoenix received brilliant reviews and it’s really heart-warming to see Soda films perform well as all the hard work pays off. So on release day, my main task is to gather all the press to see who covered the film, how it was reviewed and share the successes with the team!

This has been my journey at Soda so far. There is so much more involved but if you’re curious about how film distribution works, the FEDS scheme is an amazing opportunity to get stuck in. Overall, my traineeship feels like a great beginning to my journey in the film industry. Soda, like many other independent distribution companies, has a small but extremely talented team. So when I leave the office every day I take away something new that I’ve learnt, all useful knowledge and skills that will help me in my future career. I’ve had the opportunity to get involved with all aspects of distribution which has made this traineeship an unforgettable experience.