How to put on a live score event

How to put on a live score event

Anyone who has seen, or hosted, a live score for silent or archive films knows what an amazing experience it is. Whether in a traditional cinema or somewhere more unusual, it can make obscure artifacts new again, breathing life into history. The music can combine with century-old material and create a wholly new emotional experience that can never be repeated. But if you want to put on an event like this, either with a silent classic or with material from a local archive, it can seem like a big challenge and commercially risky. Last year, we were delighted to have some top people to speak at our Archive Screening Days and we’ve invited some of the best panelists to give you the key facts you need to know, whether you want to commission a new score, or simply host a live screening for the first time. We caught up with Hannah Partington (who last year commissioned and project managed the new score – and its premiere performance at the BFI London Film Festival – for The Battle of the Coronel and Falklands Islands, among other archive and silent scores), Alex Hogg (who plays in Minima, who have been scoring live films for over a decade and have just played a three day residency at this year’s Glastonbury Festival) and Stephen Horne (who has a long history as a pianist at the BFI and is in high demand internationally for his multi-instrumental accompaniments).

It opens up spaces and audiences

Technology has been the saviour of silent and archive film, with digital projectors allowing for enthusiasts to show this once hidden material. Screenings of all kinds are possible, including festivals, open air churches and pop up screens. Doing an event of this scale and type broadens your venues appeal to groups you may not be reaching with your main programme. All of the performers we spoke to agreed there was a new curiosity about archive film based on its ready availability on internet channels such as YouTube, etc. The presence of the band also meant that people were assured that this was an experience they weren’t going to get anywhere else. If a score speaks to a contemporary audience’s sensibility, they will seek out older, archive, silent material they wouldn’t consider otherwise, says Hannah Partington. A live band can make material accessible to younger audiences who are seeking a gig atmosphere, an audio-visual event rather than a film screening. And those expecting a simple piano score should expect to be surprised. Stephen Horne often adds simultaneous flute and accordion to piano, as well as sound effects including glockenspiels, bells, zither and more.

It’s not a technical nightmare!

One of the major hurdles that organisers worry about is how they’re going to host a live band, but, depending on who you hire, this might not be an issue. Alex Hogg from Minima says that this is often the main reason people don’t want to take a risk, but says, You don’t need technical staff to run these events. You don’t need a PA; we can bring it all in. We’re highly self-sufficient. Stephen Horne agrees that, while a piano in the venue helps, some accompanists can bring their own keyboard if necessary. Acoustics too are generally not a problem, though cinemas are mostly adapted for film sound. As long as there is space close to the stage so that the performers can angle themselves towards the screen (preferably at a 45 degree angle), then it should be possible to host a live band. Ideally, Minima suggest an hour and a half technical set up, but can work with less depending on the cinemas programme. 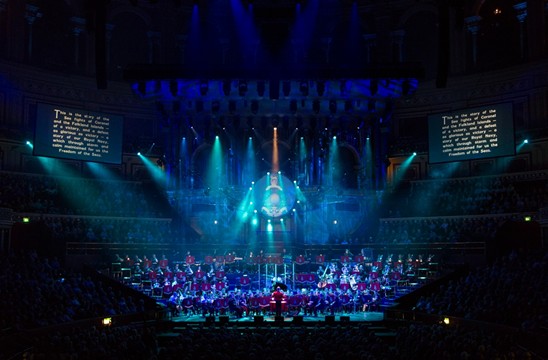 It’s a good opportunity to experiment

Live score performers are regularly called on to play an established canon of classic silent films. It might make sense to avoid taking a risk with an undisputed classic with name recognition, like Hitchcock’s Blackmail, Nosferatu or The Cabinet of Dr Caligari. But having a live band could also offer an opportunity to do something further from the beaten track. Alex Hogg of Minima began the band ten years ago with one film in their repertoire: the avant-garde short The Seashell and the Clergyman. It felt like a mission to share the film, he says, which had fallen by the wayside. Despite the unconventional length and formal effects in the film, the live band drew in a new crowd who wouldn’t have seen the film otherwise.

It’s a special event, so treat it specially

Having a live band is a unique experience, so cinemas should be prepared to deal with it outside of the main programme. Alex Hogg says that in his experience, how the venue itself has marketed the event is the key for turn out. You need to pull it out of the programme and highlight what it is (especially if you get Lloyd Webber fans coming along for the 1925 Lon Chaney Phantom of the Opera!). Using photos of the band and trailers of their performance make a big difference. Hannah Partington also points out that you can share promotion with other venues in your area if you book a live band for a mini-tour across your region. The Film Audience Network are in an ideal position to broker dialogue between venues, and funding bodies such as the PRS for Music Foundation and Arts Council are really interested in multiple performances, she adds. If there’s a local archive that has material, a tour of an archive programme with a live band could really pay off.

Besides the technical issues, venues often worry about the cost of the musicians or composers. Costs vary a lot, so it’s best to start the conversation about this as early as possible, but it is possible to negotiate. Bear in mind that audiences are comfortable paying a premium for a live band. Always remember when you are trying to reach a fair agreement that there are travel costs, equipment and many years of professional expertise you are paying for with the band. Performers are usually keen to find a way of getting paid that works for both parties, so the best thing to do is to get in touch and see if you can reach an agreement. It’s worth bearing in mind that the band have responsibility for the music but the venue should hold responsibility for the projection, including the hiring of the film and marketing.