How a distributor acquires a film: Attica's blog

How a distributor acquires a film: Attica’s blog

Posted on September 8, 2015 by Attica Dakhil 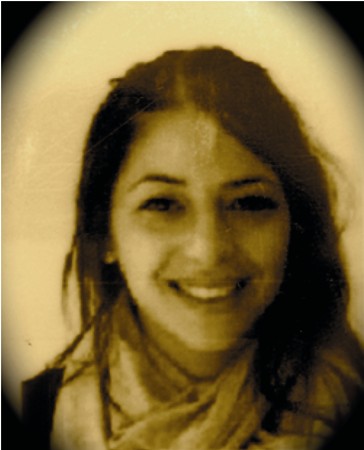 This year we’re running our Film FEDS scheme, aimed at giving young trainees an opportunity to learn on the job in film distribution, exhibition and international sales. Here, one of our trainees, Attica Dakhil, working at Studio Canal, gives her impressions of the experience.

Script reading considering an audience and a market

My role is at StudioCanal as a trainee assisting the Production and Acquisitions teams in assessing submissions, helping with daily administrative tasks and pre-festival and market organization. Being placed in the Acquisitions and Production department means that there is a lot of reading of scripts, books or pitches; watching of screeners; and getting invitations to sales screenings: all submissions that will be assessed and eventually bought, marketed and distributed.

The decision making process that leads to a film being acquired is fascinating (in my opinion!). There are many factors to be considered. For example, the tastes and the slate of the company, box office and DVD sales prediction, as well as comparative titles or also marketing considerations.

An additional part of my trainee placement consists of script reading, watching screeners or attending sales screenings and learning to assess them considering an audience. What I had to learn is imagining a target audience for the film and finding comparative titles. Personally, I haven’t lived in the UK for long, so I am learning to roughly understand and get a feel for UK audiences tastes and its market.

Having studied literature I read quite a lot, and also had film exams and developed analytical skills, which turned out to be quite useful for the script reading. But of course, yes, you will consider the script as a potential piece of literary/cinematographic art, analysing and assessing it, but you must also keep in mind the business, and thus consider the audience and where and how it could find a space in the market. It is really here that I understood how much art and business intermix in the film industry.

Working with film festivals and markets

This is a very exciting and busy time. I helped with Berlin and Cannes festivals so far and I am now working on Toronto, Venice and MIPCOM at the moment.

What I really love and find exciting is when the line up is announced (e.g. on industry magazines as Variety). I find it very interesting to read all the loglines and watch the first trailers or stills that will premiere at the festivals,and for Cannes it was also really exciting to work for a company that had five films competing there: Dheepan, Carol, Macbeth, Youth and Mon Roi.

I got a glimpse into the busy pre-festival organisation during Berlin and then actively helped with Cannes by doing, listening and observing. Organisation skills, priority setting and attention to detail are fundamental. To organise the trip for the acquisitions team is quite a lot of work, and it involves flight bookings, setting meetings, finding out availabilities for films in countries of interest, using industry websites as Cinando or IMDBpro and searching for sales agents contacts, paying for the festival accreditations and also reading scripts.

Now Toronto and Venice lie ahead and I hope to make best use of what I have learned during Cannes and Berlin and look forward to discovering new films and learning as much as I can in the last months of my placement.

During the first months of the traineeship I soon realized how vital it is to master administrative skills and also how important they are, functioning as a sustaining structure of the entire office. Thus so far I really had to strengthen those organising, prioritising and time management skills, as well as Excel (very important!) and having a problem-solving orientated approach.

Starting the job as a graduate I had little experience in administrative work in an office, and especially in a very busy office. Yes, I learned all those skills during my university, since, for example, managing my time and setting priorities was fundamental to organising my workload and passing exams. So,those skills were really useful transferable skills, but it is different if you have to use them in an office, where the team relies on you getting things right, and the pressure is much more intense!

Therefore, I really had to enhance those skills (and I am still learning). In particular, I learned to prioritise and pay attention to detail. For example, pre-festival times are crucial and these skills turn out to be necessary. When I helped with the preparation for Cannes, we had to create a schedule with loads of meetings and screenings, and here it was fundamental to pay extreme attention to details,as for example the location or time of a meeting or a screening or if it was a market or a public screening. We did double-check it many times, but the films were so many that mistakes could really happen. So, on location the team will rely on the schedule you created and timings are tight during the market, so if they end up in a wrong location (e.g. cinema 3 instead of 4) that could be a waste of time and, in the worst case, a missed opportunity to buy the film.

During pre-film festivals preparation I also learned that prioritising, being organised and managing your time well are essential. For instance, emails might increase a lot compared to a normal working day and therefore they have to be read and dealt with in order of importance and urgency. It was really useful to write down notes or lists or create Excel tables in order to organise all the new information. It is very easy otherwise to lose the focus and forget things,because of the bombardment of new information, tasks or meetings to set and also the time pressure.

Finally, problem solving. If something goes wrong, or a problem arises, its best to think of a solution in the most creative manner possible, even if it is very easy to panic!