Four films to look out for at Autumn Screening Days

Four films to look out for at Autumn Screening Days

Set in a remote Icelandic valley, two brothers Gummi (Sigurur Sigurjnsson) and Kiddi (Theodor Jolusson) live on neighbouring sheep farms but haven’t spoken to each other for forty years. As disease looks set to threaten the health and ancient lineage of their beloved rams, the brothers are forced back into communication with each other… although not always verbally! A perfectly-formed piece of world cinema, and a beautiful study of the relationship between two brothers, emotional yet not sentimental with a wonderfully wry wit throughout. Writer and director Gormur Hokonarson puts his documentarian skills to good use, producing a naturalistic portrait of rural farm life and capitalising on the austere yet stunning landscapes. With the success of Of Horses and Men last year, I’m hoping this will usher in a new age of Icelandic cinema in the UK, with a deliciously dark sense of humour. Rural audiences will likely flock (sorry) to it as they did with Addicted to Sheep.
Becky Clarke 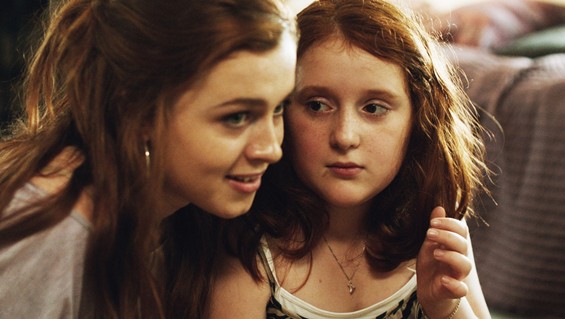 Partly drawing on her own experiences, writer-director Sanna Lenkens debut focuses on the impact of a young woman’s eating disorder on her family, as observed through the eyes of her younger sister. Sparky and precocious 11-year-old Stella is still body unaware while her older sister, ahigh-achieving and prize winning figure skater, secretly battles with an increasingly debilitating eating disorder. At its recent UK premiere at the London Film Festival, responses from teen girls were particularly passionate,and the film was earlier this year awarded the Crystal Bear in Berlin, in its Generation 14 Plus section. Rebekkah Johnson’s lead performance infuses it’s serious subject matter with warmth and humour giving the film an authentic and believable youth perspective. The film would play particularly well with secondary school age girls, providing an opportunity for young women to reflect on and share their own struggles with their body image. Suitable for ages 11 and up.
Jemma Desai 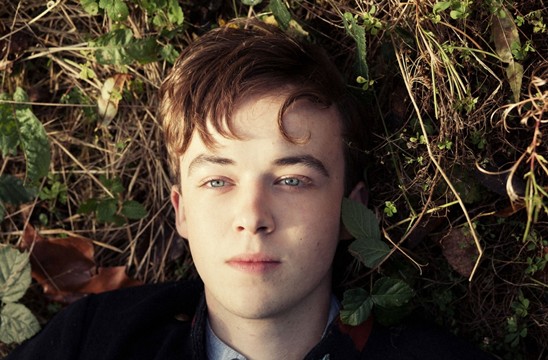 The delicate debut of British filmmaker Andrew Steggall follows a precocious, dreamy teenager on the cusp of realising his sexuality while, simultaneously, his family life is coming apart at the seams. Alex Lawther (best known for playing the young Turing in The Imitation Game) gives a superb central performance as Elliott, who’s helping his mother Beatrice (Juliet Stevenson) an uncertain, melancholic presence pack up their holiday home in the south of France, in the notable absence of Elliott’s father. Meeting Clement, a French boy staying with his aunt, they wander through the leafy woods and form a tentative friendship, with an (at first) unspoken undercurrent of attraction. Meanwhile Beatrice attempts to connect with Elliott while wrestling with a crisis in her own interior world.Focusing his camera on Lawther and Stevenson both separately and together, Steggall investigates the paradoxical distance and closeness of their emotional states and reveals two characters on the brink of major change. Its a tender, wistful film which will appeal to LGBT audiences as well as cinema-goers on the lookout for new British talent. Cinemas that found success with the likes of Lilting should strongly consider it, as the French setting and presence of Juliet Stevenson could garner a broader arthouse crowd than other LGBT films.
Sarah Rutterford

The Here After by Magnus von Horn (Soda Pictures)

The Here After is Swedish filmmaker Magnus von Horn’s feature debut. Shot on film by Lucasz Zal (Ida), the result is a flickering, cold and restrained film about a teenage boy, John, who is released from youth detention back into the care of his father. It is unclear at first what crime John has committed, but it is one that has left him ostracised by his classmates and community. In this respect the film put me in mind of Vinterberg’s The Hunt, but the narrative here is far more slow-burn, drip-feeding details and allowing sympathies to build throughout. A morally complex and brilliantly performed debut, Soda Pictures, who have released similar challenging work previously, seems like a fitting home for this chilling Swedish drama.
Jonny Courtney