Five things I didnt know about working in distribution

Five things I didnt know about working in distribution

Our excellent trainees have now started their appointments, and below one of them, Delphine Lieven’s, tells us what she’s learned over the last month while in her post. Over to you, Delphine!

For the past month, as part of the FEDS scheme I’ve been working for Altitude Film Entertainment, with my time split between its sales and distribution teams. I recently graduated with a Film Studies degree, and like all new graduates left with an assurance that I knew pretty much everything there is to know about the industry. However, my first grownup job has led to many (mostly welcome!) surprises. Here’s a list of five things I’ve learnt and observed in the past month whilst working in distribution, all differing somewhat from the preconceptions I went in with on my first day.

1. There is an uneasy friendship between distributors and exhibitors

Whilst I’ve yet to really experience the chaos of holdover day on a Monday (the day when distributors try to convince cinemas to let their film play for another week), which I was promised when I started out as a FEDS trainee, I have still already begun to see many signs of the strange co-dependent relationship between exhibitor and distributor. They both need each other to survive, and each seem to have an impression of how much work the other is responsible for on the film. As I’ve got to know people that work in the industry I’ve heard a number of amusing anecdotes about the  passive-aggressive relationship between the two, and the way they interact with each other.

As someone who unwisely paid no attention to my ICT teachers at school, Microsoft Excel has always been somewhat of a mystery to me. In the past month I’ve found that there arec ertainly many more spreadsheets, charts and figures than I had hoped for. However, I’ve transitioned from the passionate hatred of anything numbers based that I developed at school to a slightly pathetic moment of excitement every time I uncover one of Excels secret shortcuts, accepting that it is a necessity of working in the industry. A lot of the work done in distribution in particular seems to revolve solely around Rentrak (the worldwide box office reporting system) and I often imagine that if it were to crash one day work at all distribution companies would essentially just grind to a halt! 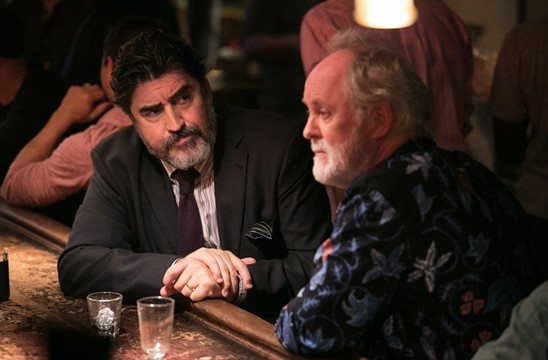 3. The film industry is a business

On Valentines Day weekend Altitude took the daring step of releasing their film Love Is Strange against the high-grossing cultural phenomenon that is Fifty Shades of Grey. I was full of hope and promise that such an authentic and beautiful film could actually win people over and make an impressive impact at the box office. The film has made a perfectly respectable amount so far, but it looks so small in comparison to the millions made by Fifty Shades. Amongst other factors, this has led to the realisation that the film industry is a business. I still think that there is a balance to be found between promoting films that are artistically sound and trying to make money, but ultimately I have found more decisions than I had expected are made on the basis of commercial concerns. I’ve found the way I think about and understand films to be slowly moving towards a more commercial perspective, although I get the impression that is exactly what you need to forge a successful career in films.

4. There’s nothing wrong with aspiring to work in distribution

As a film student surrounded by many who dreamed of being nothing but successful filmmakers, wanting to pursue a different role within the film industry often left me feeling like an outsider.After almost 6 months of postgraduate job searching and a string of incredibly mundane temping jobs, during which I found that genuine, paid opportunities were few and far between, I definitely started to lose hope in finding a place for myself on the bottom rung of the film industry ladder. Through being lucky enough to gain myself a place on the FEDS scheme I have thankfully found so many other like minded people, work colleagues and fellow trainees alike – who have all too found a place for themselves in the tight knit world of distribution(where everyone seems to know each other somehow!), and as such I’ve completely regained faith in my ambitions. 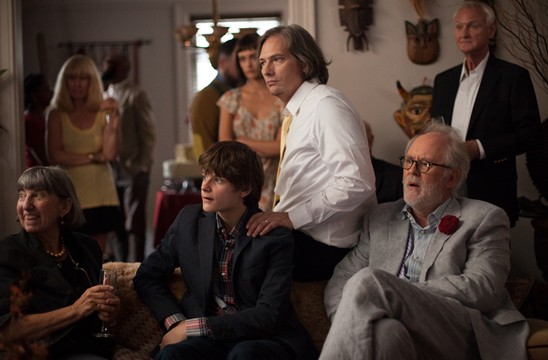 The film industry of my undergraduate imagination was a very glamorous one, populated by Harvey Weinstein types walking around looking important. Whilst admittedly it has sometimes been hard to keep my cool, as I realised when faced with Mark Kermode (one of my greatest inspirations when it comes to pursuing a career in the film industry) just metre’s away from me at a Love is Strange press screening recently, everyone who I work with is in fact very normal and very friendly. Initially I felt somewhat intimidated by the prospect of actually finding myself a job in the film industry, and I think it would comfort all those in a similar position to know that its actually stunningly like a normal job.