Film programming needs YOU (and why you should get started)

Film programming needs YOU (and why you should get started)

Ahead of this September’s Scalarama – the annual, month-long celebration of cinema across the UK – our Marketing and Communications Manager Duncan Carson (who got his start programming a Scalarama event five years ago) reflects on why you should get involved. He’ll be presenting three British film noirs at The Horse Hospital in London for this year’s edition under his programming banner Nobody Ordered Wolves.

If you’re alive today and reading this, take solace in two things: despite the astronomical odds, you have known life while Prince was alive and since digital projection was made possible. If I were born not many decades ago, every time I watched a film that moved me, that made me want to take it from my sweaty palms and thrust it into yours, it would have stayed as a frustrated wish. That life-changing experience would stay as a gift offered, that I was unable to reciprocate. But now, things have changed. 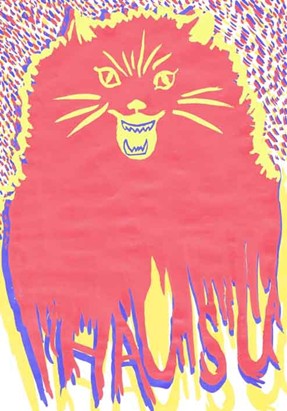 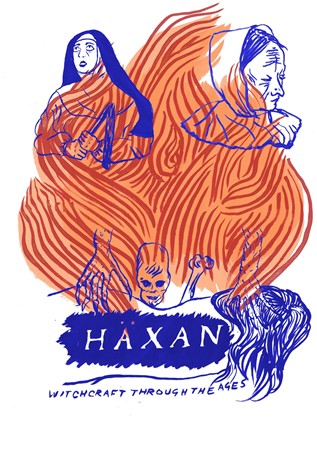 Posters for previously Nobody Ordered Wolves screenings by Charlotte Procter

One of the things that I like most about Scalarama is the number of people who show their first film as a result of the energy around the event (and the great workshops they’ve put on over the years). I screened my first film in public as a result a double bill of Hausu and Hxan in a Victorian asylum and I now work here at the Independent Cinema Office, daily fielding calls from people doing just the same. Behind all of the questions about film licensing and projectors, there’s that same larkiness I had: Surely they’re not going to let me do it?!

If you have sat in a screening or seen a film you desperately want to watch not coming anywhere near where you live, I want to say to you: there is literally no reason why it couldn’t be you. At the ICO we have tonnes of resources on the how of showing films in public for beginners (and you can always give us a call in the office if you want to talk it through), but here’s my thoughts on the why...

Cinema is only two things: films and people. Maybe its some ineffable magnetism between souls, or perhaps it’s simply that its one of the few times when your attention is (hopefully) lured from your phone for five minutes, but being part of an audience is the thing that sets the cinematic experience apart. So think about why you want other people to engage in what you’re doing. Firstly, be aware that passion and enthusiasm are absolutely key.Even when I’ve been frustrated or perplexed by other peoples film choices, there’s an assurance about the best events that makes you wrestle with your response;that says, If they care this much, there must be more to it. So find ways to assure people that there’s a reason you’ve gathered them all there,either as the face of the screening or by being an incredible unseen hand.

No one is saying you need to be P.T. Barnum. Some of my favourite programmers are natural introverts. But you should think about the fact that this is an outward thing to do. You need to be able to put energy into finding ways to connect with people, both in advance through marketing and in person at the event. If you just want to see your favourite film on the big screen, consider hiring a cinema for your birthday. Programming is about having an overwhelming belief that other people will connect with what you have gathered them there to watch.

Don’t get bogged down in presentation

Look, we all wish we could be showing everything we’re screening from an archival print with a brand new Xenon bulb in Cinerama. Going to the cinema is about presentation. But presentation can mean more than having a spanking 4K DCP. If all that’s available to you is a pub back room or a classroom data projector, then that’s what you need to do! Its down to you to demonstrate care in other ways: a handmade zine, elaborate programme notes, pre-show playlist, extended introduction,themed cocktails Even if your screen isn’t much bigger than most peoples TVs,they will remember this feeling and tha’ts what counts.

So maybe there’s no 4K DCP of your favourite film. But increasing the number of screenings of certain films improves their visibility and encourages rights holders, distributors and archives to prioritise restoring these titles. Gathering an enthusiastic audience that cares about the films you show (more than the way you project them)is also a fast track for an independent cinema to want to work with you, if that’s the route you want to go. All that said, take time to know your equipment and look closely at what you can do maximise the viewing experience.

There’s no reason to exist if you’re not providing something more than your average cinema. Regular programming is about delivering the current releases; its the Greggs sandwich of experiences: great when you need it in the middle of the day. Make your event the ridiculous feast that no one can make day in day out. Delight in the fact that you can spend a disproportionate amount of time on your programming, outside of a commercial need. If you want to spend five years searching for the rights to Point Break, you can do it (and win). If you’re already heading off the beaten track, why not go further? Being niche focuses you and will make your event a beacon for others. Is it about the audience you’re targeting, the films you’re focusing on, or the experience you’re providing beyond the film itself? Do something that no one else can do and then no one can take it away from you.

Duncan Carson programmes under the name Nobody Ordered Wolves. He is bringing three films about British men, masculinity and the 1950s to London’s The Horse Hospital for Scalarama this year. To find out more, click here.