FEDS: Anthony's experience in the world of Artists' Moving Image

FEDS: Anthony’s experience in the world of Artists’ Moving Image 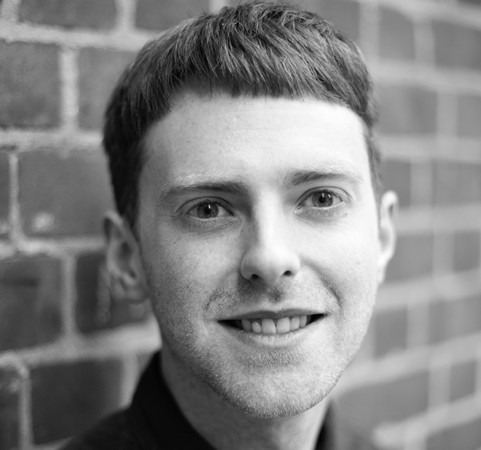 This week we caught up with Anthony Gartland, one of this year’s FEDS trainees, to see what he’s been up to during his traineeship at LUX Artist Moving Image.

I’ve been a trainee in the distribution department of LUX Artist Moving Image for the last four months. LUX is a national public arts agency for the support and promotion of artists working with the moving image. Founded in 2002, it builds on a lineage of its predecessor organisations (The London Filmmakers Co-operative, London Video Arts and The Lux Centre), which stretches back to the 1960’s. There’s a really interesting video essay by artist/filmmaker Matthew Noel-Tod that you should watch to find out a little more about LFMC’s history here. These are the sort of things I have been up to, the places I spend most of my time and how it has felt so far.

This is the building where I’m trainee-eeing. As you can probably see, its really lovely and because its the summer its been even lovelier. The building holds LUX’s 6,000 strong film and video collection by over 1,000 artists. It spans from the 1920’s to the present day and its the largest of its kind in Europe. There’s some photos of the archive below but you can browse the entire collection online here. Its an active resource and all of these works are bookable – and should be booked, over and over again!

Like this one for example. Gargantuan is a one minute film by British artist-filmmaker John Smith. Commissioned in 1992 by the Arts Council of England and BBC2’s The Late Show, the film begins with a closeup of an enormous amphibian. As the film plays out the enormous amphibian becomes progressively smaller. A gentle, lyrical sounding John Smith can be heard describing the shifting scale of the newt; from enormous and huge to tiny and minuscule’. The film ends with an alarm clock buzzing and the word minute emblazoned orange on a black title card.

Nine people make up the organisation at the moment; Ben, Maria, Charlotte, Moira, Alice, Lyn, Matt and Bree; and LUX’s main activities are: collection management, care of and access to its film and video collection; distribution: acting as an agent for artists who work with the moving image; public exhibition (screenings, gallery exhibitions, touring shows); education (workshops and talks); publishing (books, DVDs, websites); commissioning new artworks and writing; research support for artists, curators, researchers and students; professional development support for artists and arts professionals; and the development of public research resources to improve understanding of artists film and video. 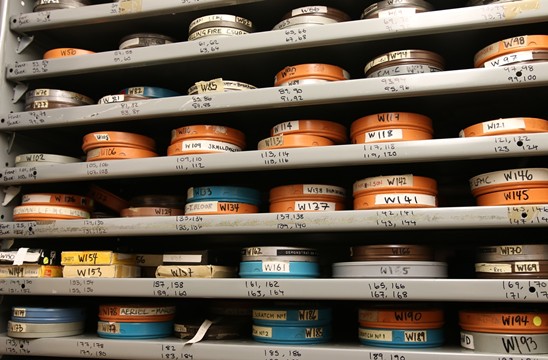 Most of my daily activity lies within the distribution department and whilst it can sometimes be a lot of lonely work behind your computer, the outputs, and my interest in it, are manifold. I applied to the traineeship because I wanted to learn about film distribution and gain a thorough, in-depth knowledge of the logistical, technical and administrative operations necessary in distributing and exhibiting moving image artworks professionally.

I have been working closely with the distribution manager on a wide range of tasks, everything from corresponding with artists and organisations to facilitate screenings and compiling promotional material for each of the works to submitting recent acquisitions to various international film festivals and creating online subscriptions to LUX’s preview pages for potential programmers and researchers.  I have been assisting the collections manager with the care and maintenance of LUX Collection, including helping cataloguing new acquisitions and updating existing works’ entries on the website in consultation with each of the artists. 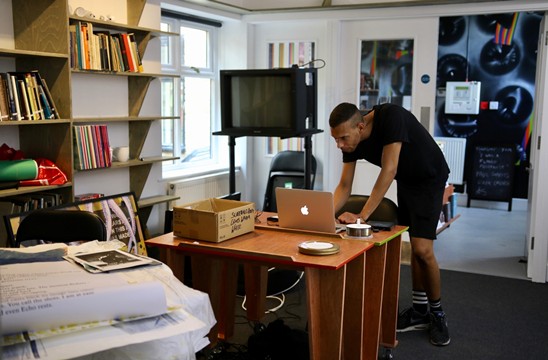 In the last four months I have been lucky enough to attend screenings by Malcolm Le Grice, Gill Eatherley and William Raban. There have been screenings by Lynn Loo and Guy Sherwin, Kim Kielhofner, George Clark and Liz Rosenfeld. I have also been fortunate enough to participate in masterclasses led by researchers, artists and curators such as Ghislaine Leung, Herb Shellenberger, Deborah Stratman, and Larry Gottheim. I took part in a three week evening course entitled From Programming to Curating by Dan Kidner that explored the historical, conceptual and critical relationships between film programming for the cinema and screening room, and curating film and video for the gallery. That was really great. I received training from Learning on Screen on the importance of maintaining strong standards in moving image metadata. A little embarrassingly, I hadn’t encountered many of these practitioners (or the discursive avenues they opened up) before starting at LUX. The contact, with the collection, artists, researchers, public and colleagues, is of immense value to me and has positively impacted the way I think about operating in this area. 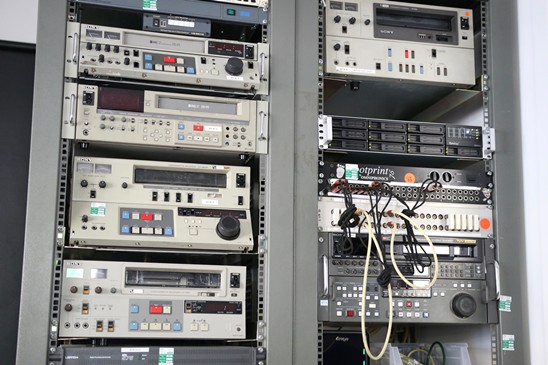 At the beginning of my placement, LUX launched a week long programme titled REGROUPING. The project looked at the structure and historical trajectory of LUX to self-reflexively question how it could best serve a new generation of artists, researchers and audiences. It aimed to take a moment to think about what kind of organisation was needed in the present and for the future. Entering an environment at this moment of re-evaluation was simultaneously motivating and a little disorientating to navigate. It made a space available for open and frank conversations where everything seemed to be in flux. Although LUX is no longer artist-run those core values are still vital. The press release read, ‘We want to ensure that our organisation and ideals remain connected to the visceral emotional, intellectual and material realities of lived experience. To define ourselves less by what we are against and more through the conversations we can make together.’ 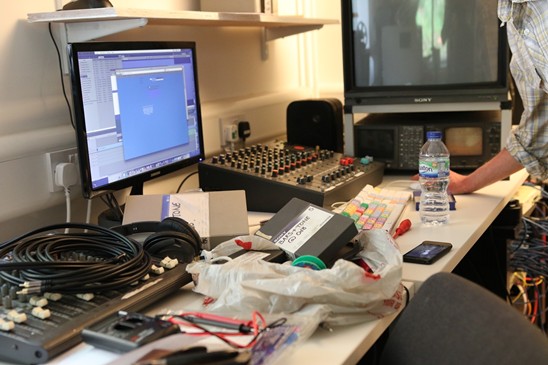 I find myself extraordinarily happy, and at times overly excited, distributing artist moving image from a park everyday. I would like use the remaining months to actively locate the conversations that interest me the most and place myself productively within these. By the end of the traineeship I hope to be able to meaningfully contribute to this field and have the foundations necessary to continue on the trajectory that FEDS has created for me.