Posted on September 8, 2016 by Yasmeen Ismail 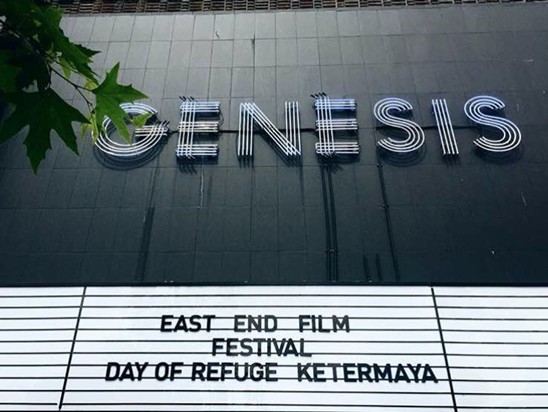 As our FEDS trainee scheme (funded by Creative Skillset) passes the halfway mark for the current cohort, one of our trainees, Yasmeen Ismail, who is based at London’s Genesis Cinema, provided us with an insight into working on the 15th East End Film Festival, which ran between 23 June – 3 July across 15 venues and included 20 world premieres.

This year, I worked on East End Film Festival 2016, which ran between 23 June 3 July, in what was the festivals 15th year anniversary. Working at the Genesis Cinema, one of the hosts of the festival,meant that I was right in the midst of the production, from initial meetings through to seeing the red carpet roll out on the opening night, all of which opened my eyes to just what it takes to be a host venue for a film festival.

Here are the five main things I’ve taken away from this experience.

As the East End Film Festival is hosted in multiple venues around London, its really important to acknowledge how much of a collaborative effort it is to put a festival together. From programming to marketing, sponsorship and events, it takes a huge amount of communication and effort to organise something as complex as a film festival in a large city.

This year, the East End Film Festival had a huge 15 venues playing host to their programme, including the Genesis Cinema, Hackney Picturehouse, Rio Cinema and Rich Mix. One major plus side of Genesis being a co-founder and host venue of the festival, was that there was the freedom to offer and be part of a team which programmed individual screenings and 3 of the festival strands, 40 Years of Punk, Crime Scene and Day of Refuge,all of which were held at the venue. These included films such as Angela Boatwrights Los Punks: We Are All We Have and new releases like Gianfranco Rosis Fire at Sea.

A highlight was also seeing The Hard Stop, a film that I initially suggested and was likely to gain a lot of publicity ending up being shaped by the EEFF team into a Q&A hosted by Krishnan Guru-Murthy, featuring members of the cast and director George Amponsah, which led into a discussion on police brutality in the UK, which was amazing to see unfold.

Along with the programming being a real collective effort,the marketing also required a great deal of collaboration; it was a priority for all involved to ensure that screenings met their potential and were a success.

Throughout the marketing process I was heavily involved in the social media side of things, which involved writing copy for Tweets,creating Facebook events for each EEFF event, and updating Instagram.

With my previous social media marketing background, I assumed this type of marketing would be the most effective in getting the word across. I soon realised that this was just one part of a bigger whole, and that when it comes to events based marketing, reaching out to other brands and people was just as important.

This instantly helped to create word-of-mouth and showed that the more diverse and far-reaching the marketing strategy was, the more people listened, which also applies to day-to-day marketing; getting a wide range of people involved usually helps to boost figures.

3. It isn’t the final programme until screens are filled

When the festival got underway, it quickly became apparent that attending a festival and working behind the scenes of a festival are two very different things. I had always assumed that film festival programmes were finalised long before screens were filled. Instead, one of the most surprising things I discovered was that during the festival, and in the lead up to it, the amount of changes to the programme seemed innumerable.

This was mainly due to the finer details that are often overlooked from the audiences perspective, including securing last minute talent for Q&As to boost publicity and ticket sales, screen availability and additions or cancellations, for example, adding a short film into a programme or even swapping a film for a themed screening, e.g. Parent &Baby screenings.

In order to keep on top of things, I learnt how important it was to accept both the excitement and unpredictability of new programming choices, in an industry that’s as exciting and unpredictable.

4. Everyone really does know everyone

Id always heard people say that everyone knows everyone in the film industry, and during my time working in the industry and in festival seasons, its clear that this is definitely true.

The who you know and freelance/fixed term element of the industry means that you are almost guaranteed to bump into someone you’ve met before, or discover that you have mutual contacts with someone you’ve just met,which is why its important to be friendly and kind to everyone you meet. I feel like this is sort of a given anyway, but applies much more to the film industry than to others. 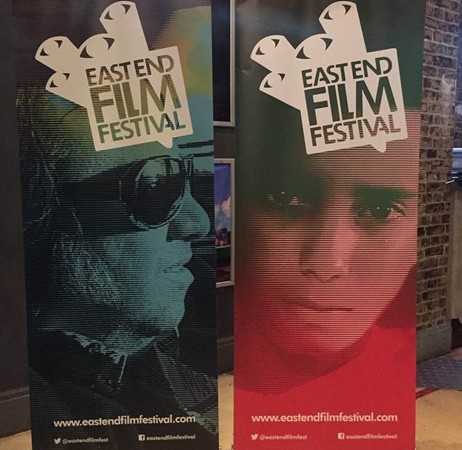 5. It’s important to relax and just enjoy it

Finally, when the festival is underway and the fast pace of the festival takes over particularly during the early mornings and late nights I realised how important it is to put everything into perspective and to remember that everyone involved in the festival has one thing in common: a genuine passion and love for film.

Working day-to-day on the actual events, with tasks such as setting up events lists, prepping mics and greeting guests for film after film,is also really addictive, and one of the reasons there’s a strange feeling just after a festival ends.

Ultimately I would say that its really important to take it all in and just enjoy it, particularly on opening and closing nights, when there’s an excitement and atmosphere you cant really re-create elsewhere.