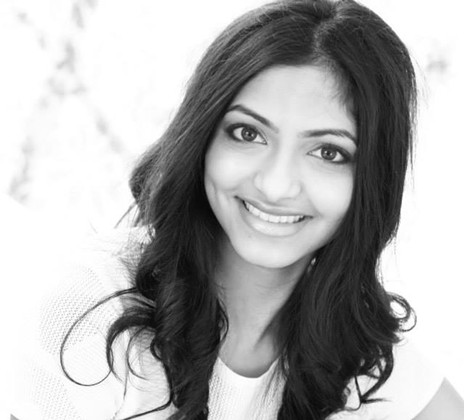 We spoke to Naomi Rathod, one of the most recent cohort of FEDS trainees, about what she learned during her time with Film Africa and why she’d recommend FEDS to anyone wanting to get started in film exhibition. To find out more and apply, click here.

My placement was at Film Africa, London’s Annual African Film Festival, which exists as part of the Royal African Society (RAS), a membership organisation which aims to promote and celebrate the African continent. The festival’s sixth edition was celebrated this year, on 28th October-6th November. As festival coordinator, I assisted with several different aspects of the organisation of the festival, including programming, marketing, volunteer arrangement, guest hospitality and event management alongside, Rachael Loughlan, the festival producer and the Film Africa team.

What you didn’t realise about film programming?

Simply how long it takes to acquire and select the films that make up the programme – it is a hearty job! One of my first jobs was to filter through roughly 1,500 submissions and pick out all of the relevant films, leaving approximately just over 400 submissions to watch. Watching the submissions was fun as I had viewing days at home (yes I stayed in my PJ’s)!  Though this was a time-consuming process, it was always a lovely moment finding a shiny gem of a film after spending all day watching unsuitable submissions. It reminds you of why it is worthwhile to have submissions and help support and champion emerging talent that needs recognition.

We also considered other African titles for our programme through our own research. I had the task of finding contact details for the purpose of obtaining screening links. I never envisaged spending hours looking for email addresses and contact details. Understandably, not everyone will have an official website or portfolio for their film, so it is a case of being patient and persistent. Only a film programmer knows the mini fist pump moment that occurs when you finally come across that crucial email address, on that 24th tab! My researching skills definitely improved during this process!

What was your experience of film festivals before coming to work at Film Africa?

In 2015 and earlier this year, I volunteered at the London Asian Film Festival (due to my background interest in Indian cinema) and that was my first experience of a film festival. I had never actually attended a film festival before, not even as a spectator! The experience was brilliant, and I thoroughly enjoyed all aspects of volunteering. The icing on the cake was being able to watch the unique films being presented and I met some wonderful,enthusiastic people with similar passions to my own. Quite often I found myself chatting to fellow volunteers, instead of rushing to catch the last tube home!

Volunteering is therefore, definitely worth it and rewarding in aspects you may not be anticipating.

It definitely whet my appetite, determined my interest in the film industry and ultimately led me to feeling confident enough to apply for the FED’s scheme!

How do Film Africa think about audiences? Is there one demographic they’re interested in their programming or do they think about many different groups?

Film Africa’s main target audience is the wide diverse African diaspora that exists within London, with the aim to bring them African films and stories direct from the continent, making it an easy, accessible and enjoyable way of staying connected with the continent and their respective African heritage. Generally though, our audiences are very mixed, varying in age, gender and ethnic origin which is great as we also want to reach people who want to try something new and those who have an interest in global cinema.

From feedback it is clear that subject matter is important to our audiences, so the programme strands help organise the films into themes and relevant topics. One of the strands this year focused on migration, due to its global relevance today, which would have attracted a variety of people. We also work closely with our venues to make informed decisions on which films would be suitable to their programme and be appealing to their audiences, for example the ICA exhibited some challenging subject matter films, as they tend to attract a discerning audience.

Another initiative that we launched this year was the Film Africa Education programme which reached 950 school children. Children essentially are our future audiences, so we are aiming to engage them from a young age as well as encourage African stories to be explored and incorporated into school curriculums.

Considering your audience therefore is extremely important as well as looking on methods of developing and creating new audiences!

What do you think people who have never worked at a festival would be surprised about?

How long it takes to prepare for it and at the same time accepting that you can never be fully prepared; no matter how much you envisage to be organised you will inevitably be swept up in the festival whirlwind!

My placement began in March and at first it was not so busy but then I suddenly found myself crazily multi-tasking, so from July onwards it was non-stop. I think managing time is crucial to be on track and generally it’s a case of slow and well-paced progress at the beginning. It is not the sort of job where you get instant recognition, satisfaction or fulfilment – you have to be patient to see your results.

Though as mentioned above I had days where I was snuggled under a duvet, with a hot drink, watching submissions,  there were also the days where I was running around like a headless chicken from one venue to the next, getting stuck in tube barriers (thank you pop-up banner) and problem solving at silly times in the morning! In a nutshell, festival work =varying extremities and dry shampoo.But the good, bad and the ugly experiences are standard practice in the world of festivals, and ultimately are beneficial for your personal development,skills, general persona and stamina to name a few! Embrace all experiences.

What are the challenges about delivering an African cinema festival in the UK?

Film Africa as a festival is unique and niche and for the team,programming and finding the films is the easy part. However, one of the main challenges is finding the audiences and ensuring that they know about the festival. We are aware that there are various networks and African diaspora located within London and we know that not all of them know that we exist. The job associated with this challenge is the marketing and distribution, which is a huge task that needs a lot of focus, time and manpower! There is a small team of people who work at Film Africa, so its a struggle to to maintain a strong and broad marketing strategy as we would need several people working on it for an extensive period of time. This is a work in progress of course!

Competing against mainstream cinema is a constant problem for all festivals and independent exhibitors and fitting in with cinemas and battling for space within venues is always tough, especially when Awards season and Christmas are on the horizon. On an even wider note, the sheer number of activities in London is overwhelming, which is a positive thing, however it is difficult to stand out, and festivals like us have to work on just howto stand out!

What was the best thing about working for Film Africa?

It is difficult to pin down the best thing as there were lots of positives! One of the best things was having the opportunity to work with the Film Africa team,all amazing, passionate individuals who were so supportive and friendly throughout. I enjoyed working with the guests and volunteers who were all lovely! Also, I was able to work on Africa Writes, the Royal African Society’s Annual African Literature festival which was a good experience and practice before Film Africa!

Another element I valued was the chance to learn about African cinema, which I have definitely got a taste for. African cinema was completely new to me so it was a breath of fresh air. I learned of the patterns and tendencies of African films and audiences as well as touching on its culture, history and even its geography!

Finally, the fact that I was able to work on the entire festival from start to finish, is something I will always appreciate, as I was able to learn the absolute basics and root tasks, right through to the madness of the event management at the end.

What is the one skill you’re glad to have gained?

When you work for a festival it is inevitable that you will be tested in some way and there were several moments where I found myself dealing with various issues and problems. I definitely have gained a strong sense of resilience and this position has assured me of a few innate characteristics that have been strengthened: patience and staying calm under pressure.

Upon dealing with one issue before the festival had begun, my manager said, It’s not the end of the world, so without realising I must have kept this in mind and as a result I found myself calm and looked at situations with perspective(well… most of the time!) and dealt with them responsibly. Having a calm and collected role model throughout was really helpful, so thank you Rachael! 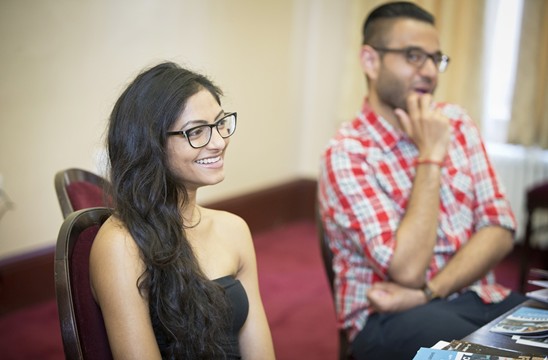 What would you say to someone considering applying for FEDS this year?

Go for it! It is an invaluable experience and a brilliant way to get kickstarted into the industry in a really nurturing manner. I thought it would be quite intimidating but you realise that there are some brilliant influencers out there who are simply keen to help! The ICO are great and you get to experience lots of various factors and events within the industry both during and post-placement. My placement at Film Africa was amazing, and a wonderful journey with a fulfilling end result!

Having grown up in a small town with one mainstream cinema, I cannot say I was well equipped with a huge amount of knowledge of the industry and the celebration of independent exhibition. I can now say that I have left with a mountain of knowledge and am feeling more competent, confident and knowledgable thanks to this experience. It has inspired me, developed my skills and I am willing to learn more and work towards bigger goals. If you are passionate about film, you are in the right place. Get applying people!!

If you’re a talented person of colour or someone who considers themselves disabled, we are looking for people like you to apply for FEDS. Click here to find out more and apply.