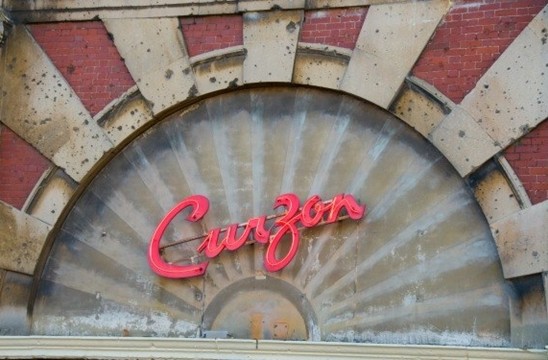 The Curzon Cinema & Arts Clevedon near Bristol lays claim to a serious historical achievement, standing as one of the oldest continuously-running cinema in the UK. But its outlook is thoroughly modern, with clear ideas about how it can participate in its community’s future. We spoke to Luke Doran, their Programming and Partnerships Manager, about what it takes to make sure the cinema survives for another 100 years.

After the cinema went bankrupt in 1996, the community got onboard for a huge fundraising campaign to open the cinema as a community space. Besides acting as a community hub by offering much lower rates on hiring space for workshops and meetings for non-profits, they are supported by a committed team of volunteers. ‘Were mainly run by volunteers: from marketing, to booking, to projection. We even have a DIY team: who come in every Friday to do vital maintenance. Everyone is helping out for love and you see that with interactions with customers. Its a warm, welcoming local vibe.’

Why do so many people continue to rally round the cause of this cinema? Luke says the secret is its generational appeal. ‘Longevity equals loyalty. Generations of families who have grown up and have been coming here for years. The two things to be proud of locally are the cinema and Grade II listed pier and we’re happy to be a beacon for Clevedon!’

Partnerships and engagement mark the Curzon out from other cinemas. Their youth curation project with the local school gives fifteen to seventeen year old’s the chance to curate a film and learn the whole process of how a film is put on. Bristol’s Encounters Short Film Festival will lead one of the sessions to learn about how to programme shorts and add short features to programmes.

One of the advantages of having a venue that has been open since 1912 is that you have generations of people’s memories to draw on. The cinema chose to mark its centenary with the Curzon Memories app. Consulting with local people, the app allows you to explore the cinema and contextually specific memories will play as you explore different areas. Some of the quirkier recollections include from the cinema’s balcony (out of action since the 1970’s): one of the infamous activities was to chuck sweets off the balcony into the pit. Many people fondly recall the futility of the ‘smoking side’ of the cinema. And of course, memories of many packed nights in the cinema in its 800 seat glory days, with a queue down the street.

One beautiful artefact from the cinema’s past, still in use today, is the Christie Theatre Pipe Organ. Every Sunday, the cinema gives visitors a chance to try this stunning fully functioning organ. Featuring a local organist, every Monday night’s film is preceded with an organ session.

And the cinema is also creating special film memories to this day. For last year’s BFI Sci-fi: Days of Fear and Wonder season, the Curzon screened E.T. the Extra-Terrestrial. 150 kids were led on a haunted tour of the cinema, each holding a candle in a jar. With all of the natural light blocked off and with atmospheric sound effects playing around the space, it was unique way to breathe life into this classic.

Having a cinema with such a central place in the community means that certain kinds of films with cross-generational appeal perform especially well at the Curzon. ‘Family films are incredibly popular. Shaun the Sheep and Paddington were very big titles earlier in the year and Minions and Inside Out also did very well more recently. ‘Silver pound’ films also do really well, and What We Did On Our Holiday was a surprise smash for us.’

Curzon Specials, which have been running since April 2014, have given the film programme a shake up into more adventurous realms. Starting with a screening of The Lunchbox that featured Bollywood dancers and Bangladeshi snacks, the focus of the strand is on arthouse, foreign language, doumentaries, British films and the best of Hollywood, fortnightly on a Sunday evening

In the future, the Curzon is looking to build on its success and restore some of its most notable features, by opening a second screen and realizing a long-held ambition to re-open the balcony. Here’s to another hundred years of this special place!