EIFF 2012: More Than Pretty From A Distance

EIFF 2012: More Than Pretty From A Distance

While others are discovering the joys of the midnight train to Edinburgh, and looking forward to the pleasures of a pint at the Filmhouse bar, its sadly an armchair experience of the Edinburgh International Film Festival for us this year, as we follow the hashtag #edfilmfest from afar.

Last year, in town to present Project: New Cinephilia, highlights included opener The Guard in the Festival Theatre, a packed Cameo guffawing through the restoration of Whiskey Galore!, scratchnsniff 30th anniversary Odorama screening of Polyester, Bela Tarrs curated strand of Hungarian cinema and the discovery of Dieter Auners Off The Beaten Track and Celine Sciamma’s Tomboy.

This years programme looks to be a cracking selection, all the more enticing for how diverse and little known many of the films are the impression is certainly that the festival has scoured the international cinema landscape for a selection that encourages audiences to take risks. This makes navigation a pleasure of diving in at random, trusting in the curation and picking up threads between films as they emerge. Of the official strands the individual filmmakers in focus look particularly juicy, especially the Shinja Somai Retrospective and the Spotlight on documentarian Wang Bing, who will be at the festival as a guest. 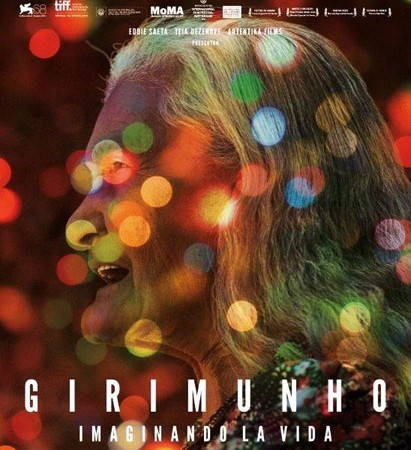 Of the films already seen, my tips would be a trio of favourites from Rotterdam; the exuberant Girimunho, with the most striking older female performance on screen since Poetry, the creepy It Looks Pretty From A Distance from artists Anka and Wilhelm Sasnal, eking out dread in rural Poland, and the controversial The Invader, which for all its unevenness is a volatile and thought-provoking meditation on race, imperialism, and desire.

Films Id be eager to catch include Denis Cts safari park portraiture Bestiaire, violent Aussie drama Hail and the intriguing anthology oddity V/H/S. Meanwhile, audiences across the UK can look forward to several of the highlights of the British films in the Michael Powell Award strand, which will be released in cinemas over the next few months, including The Imposter, Shadow Dancer and Peter Stricklands hotly anticipated follow up to Katalyn Varga, the Giallo-flavoured Berberian Sound Studio.