This was my first trip to Cannes Film Festival, having worked in cinema exhibition for many years; I was very excited to finally attend this long celebrated festival. As a first timer, I was  feeling a little overwhelmed as over the years I had heard of people’s experiences of not getting into screenings and how there are different types of accreditation badges that allow attendees different access. Luckily the trusty ICO team are seasoned pros, who sent me their extremely useful tips and insider knowledge to make sure that I made the most of what the festival had to offer and how to navigate the, at times, complicated ticketing and queuing system.

One thing I really love about festivals in small towns/cities is how the place celebrates and encompasses the film festival, becoming a fully immersive experience for the visitor. The presence of the festival is visible throughout the town with the majority of shops and small businesses displaying the official 71st Cannes poster in their windows and the instantly recognisable Cannes logo imprinted on the pavements. This was further highlighted with the open-air screenings at the Cinéma de la Plage, which looked stunning at night and was open to non-ticket holders. The programme featured the likes of Agnès Varda One Sings, the Other Doesn’t (L’Une Chante, l’Autre Pas; part of our Revolt, She Said tour!) and a newly restored Grease for its 40th anniversary, which turned into a unofficial sing-along screening.

Despite being disappointed by the noticeable lack of female directors in competition, I was ready to immerse myself in the Cannes programme which felt like a departure from the 70th festival and back to a more purist, auteur-focused programme that the festival had previously been renowned for. I was really excited to discover new filmmakers and see the latest work by world cinema favourites such as Hirokazu Kore-eda’s Palme d’Or winner Shoplifters (Manbiki kazoku), Pawel Pawlikowski’s Cold War (Zimna Wojna) and Lee Chang-Dong’s Burning (Beoning). I spent the majority of the festival trying to keep my tote bag stocked up with food and drink to make sure I was hydrated and fully alert for the packed day of screenings, which began at a very early 8.30am.

I was really impressed by the festival cinemas, particularly the Grand Théâtre Lumière that has a seating capacity of 2,309 and comfortable seats, which was highly important as the majority of films, were over the two hour mark. I loved how enthusiastic the Cannes audiences were with lots of clapping and cheering, which happened whenever the Cannes logo appeared on screen before all films began. I sadly didn’t attend any screenings accompanied by audiences booing, which I had heard much about, although I did lose count of the amount of audience members who abruptly left Lars Von Trier’s divisive and much talked about The House That Jack Built.

Much has been written about Lars Von Trier’s most recent title which played Out of Competition alongside Solo: A Star Wars Story and Whitney. This screening also marked the return of Lars Von Trier to Cannes after being banned for the previous seven years due to the comments he made during the 2011 press conference for his Palme d’Or-nominated film Melancholia. For the first time, audiences were warned of a film’s graphic nature prior to entry, which left me feeling a little hesitant but also very intrigued for the 8.30am screening. I knew that it would be a challenging watch and in its most gruesome and torturous scenes, I found myself looking away and locking eye contact with the female audience member next to me and repeatedly asking myself what I was getting out of this viewing experience. The level of violence, especially meted out against women, could limit the film’s audience, although I think there is a strong chance that all the outrage and conversations sparked around this film will work in its favour and it will end up attracting audiences who wish to contribute to the discussion. To include this title in the wake of the Weinstein scandal and the #TimesUp movement, felt like a bold and arguably unwise choice, particularly as the festival in some ways did try to recognise this movement such as launching a sexual harassment hotline.

Despite it being hugely divisive, I found myself engaging in this film the most during my time at Cannes and debating with those who enjoyed it and found some artistic merit and those who bonded with one another over the challenging experience of watching this film on a large screen. Like much of Lars Von Trier’s previous work, the film is visually striking and at times is able to successfully balance the use of horror and humour, particularly with Jack’s obsessive compulsive need to clean and its repetitive use David Bowie’s ‘Fame’.

The House That Jack Built has been picked up by Curzon Artificial Eye, who have distributed Lars Von Trier’s previous work such as Nymphomaniac and Antichrist. 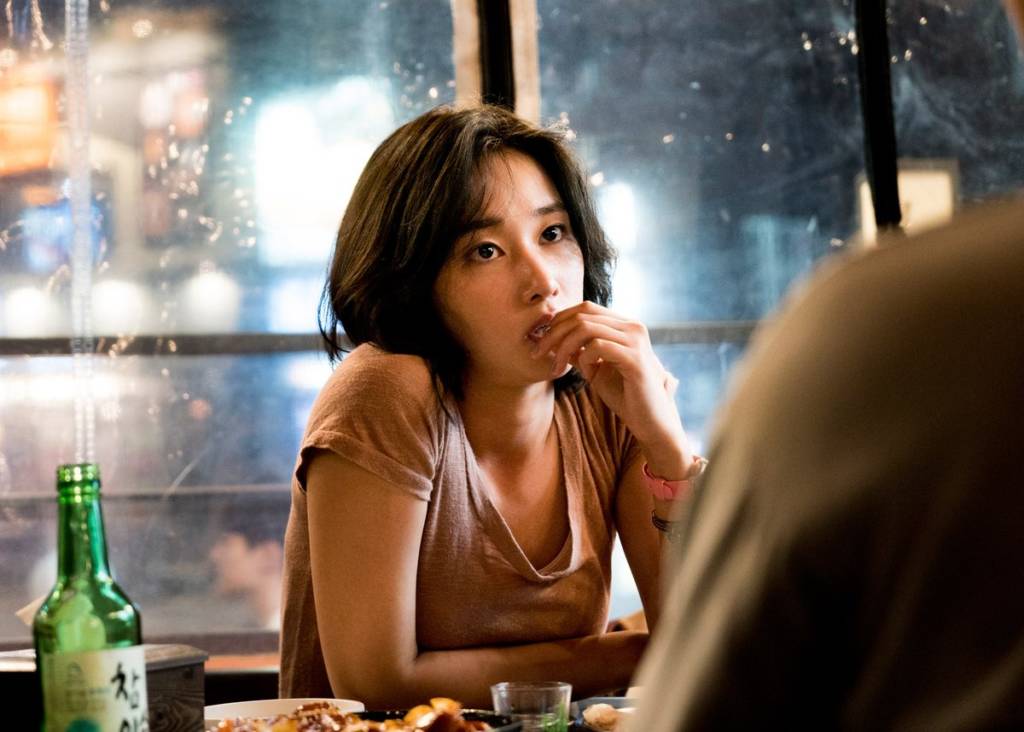 South Korean Director Lee Chang-Dong’s previous film Poetry (Shi) was released in 2010; Burning was a long-awaited return to the festival and was included in the official competition. Burning is a compelling mystery thriller focusing on a complicated love triangle and the aftermath of the mysterious disappearance of the central female character Haemi (Jong-seo Jeon). Jeon gives an enigmatic and captivating performance as the energetic Haemi, whose disappearance causes the two young men left to fixate and try and make sense of a situation that they are unable to control. Chang-Dong’s epic, slow-burning tale immerses the viewer in the world of these three characters whilst exploring male rage, class conflict and working-class struggles, as well as unrequited and obsessive love. 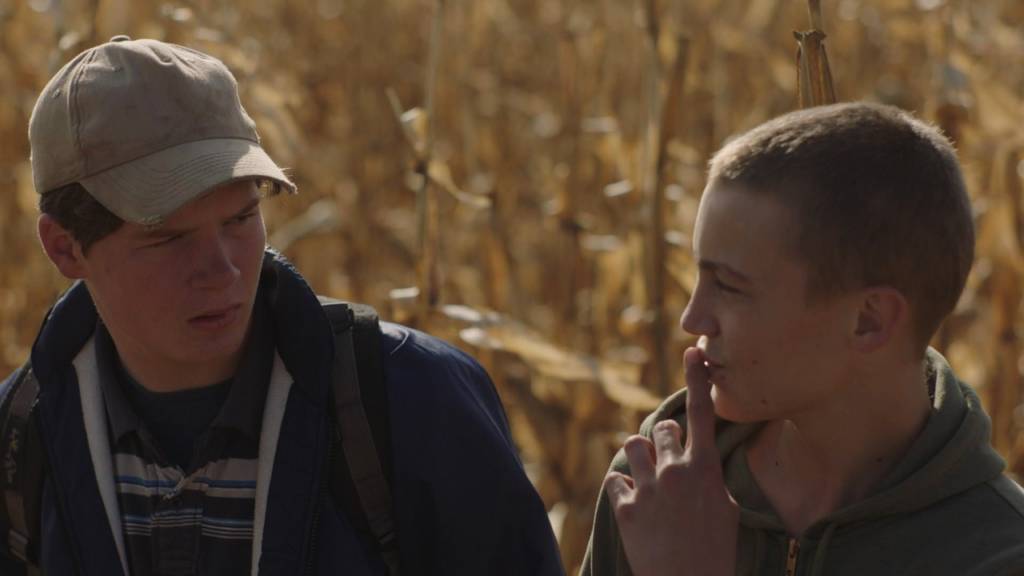 The Harvesters is the directorial debut by Greek-South African director Etienne Kallos, which was part of the Un Certain Regard. After failing to get into Hirokazu Kore-eda’s Shoplifters, I decided to see this film I had no prior knowledge of, which I feel is something that can only happen during festivals. Set in the isolated South African countryside, this story focuses on a conservative religious household and the arrival of Pieter, a street orphan, who the mother figure hopes to save. The Harvesters successfully explores the power dynamics between the two teenage boys exploring masculinity, sexuality, parental love and approval. This tense and unpredictable first feature includes stunning cinematography and sound design which left me excited to see what the director does next. 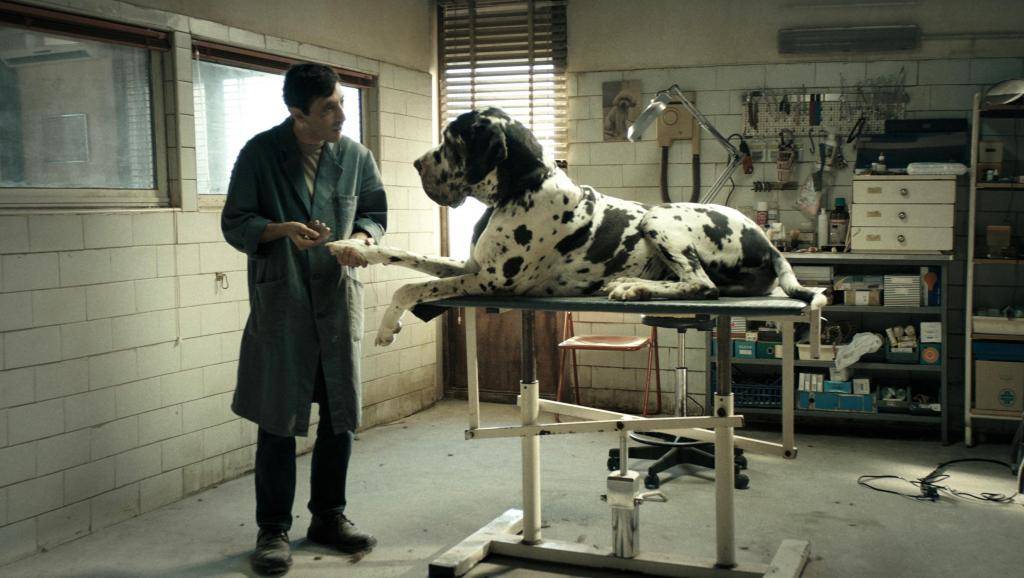 Matteo Garrone’s (Tale of Tales, Gomorrah) Dogman was included in the official competition. The film surrounds us in Marcello’s world and his dog grooming business, based in the outskirts of Naples. Marcello Fonte’s performance deservedly won the award for Cannes Best Actor, his role very much relies on the physicality of his performance as throughout, his petite frame is repeatedly threatened, beaten and treated like a dogsbody. Garrone paints a desolate, violent and highly masculine view of Naples that echoes his 2008 feature Gomorrah, surrounded by concrete and empty playgrounds. Marcello frequently treats his devoted young daughter to snorkelling trips; these moments are the only opportunity for the viewer to escape from Marcello’s suffocating and crime-ridden world, taking the viewer into an innocent, vivid world amongst nature. As a self-confessed dog fan, I was looking forward to seeing this title, which included a heartbreaking and tender scene involving an adorable Chihuahua that ended up winning the Palm Dog award – an alternative prize for the best canine performance.

Dogman has just been picked up by Curzon distribution, after releasing some of Garrone’s previous films; the release date has not yet been confirmed. 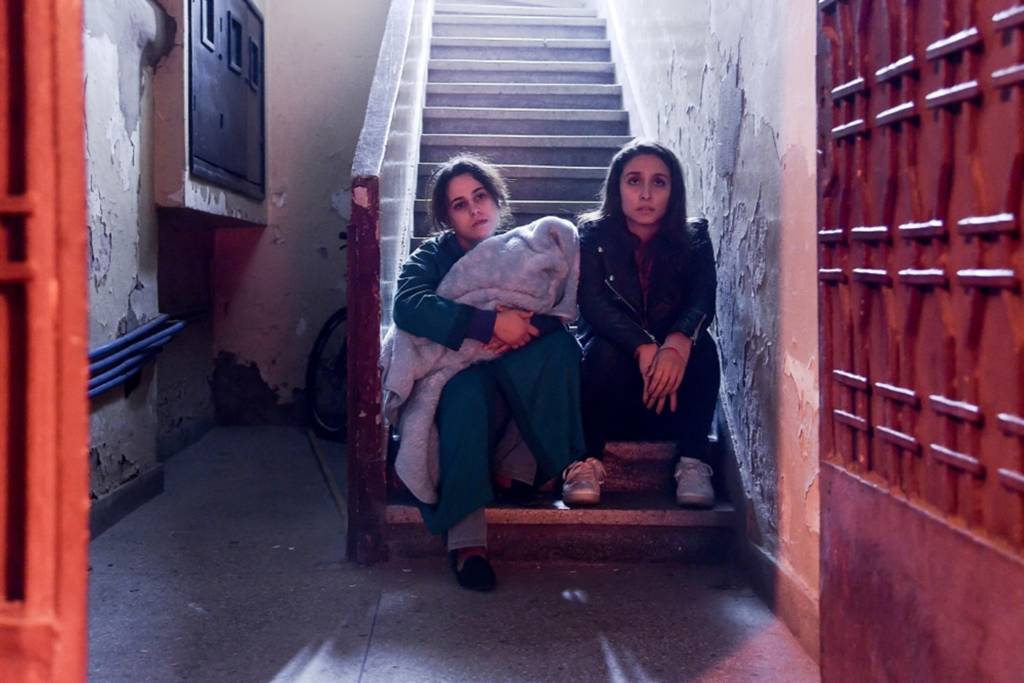 Featured in the Un Certain Regard sidebar, Meryem Benmbarek’s impressive feature debut was extremely popular, which left me and many others sitting on the staircase on the balcony in Salle Debussy. Set in Casablanca, twenty-year-old Sofia lives with her conservative parents and finds herself illegally giving birth to a baby out of wedlock. Despite not being in the most comfortable seat, I felt fully engrossed in this small but eye-opening first feature. Sofia effectively shows how the characters are constrained by their class and gender roles, as well as representing sex and marriage in modern Moroccan society. Due to a lack of presence of female directors, I was keen to seek out female-directed films; Sofia was one of the highlights along with Arantxa Echevarría’s Carmen & Lola which played within the Director Fortnight, and the very well received Nadine Labaki’s Capernaum included in the official competition which will be distributed by Picturehouse Entertainment.