I was a Cannes first timer this year, so I figured I ought to start out by noting a few of my general and nave observations about the Festival. Aside from the obvious wardrobe faux pas to avoid (I took heels and, against all natural inclinations, I needed them), Cannes is a wonderful spectacle of unwritten rules.

A good friend and old-timer gave me some advice before arriving. It isn’t Elle you’re about to watch, it’s ‘The Verhoeven’. I’ve always been sceptical about auteur-driven language that singularly forefronts the director and neglects the project. But anyway, good. Armed with this information and my heels, I felt confident I would, at the very least, be able to have eye-level conversations about films with most people I encountered.

I was regularly informed that Cannes 2016 was the quietest iteration of the festival in a long while, owing perhaps to heightened security over fears of a terrorist attack (take a read of this for a few statistical and anecdotal explanations). Moreover, I arrived in the second week when the festival mellows a little. Some of the circus disbands, leaving space for serious film consumption without the long queues.

The air was still rich with reviews and predictions from the previous week. I heard much praise for American Honey, Raw, and the three hour German comedy Toni Erdmann from the troupers who were now entering their second week of the festival with bleary eyes. My fresh-faced focus was to seek out the films by women directors, both in and outside of competition, and to discover whether or not the suggestion that the Cannes 2016 programme represented a new breed of female lead was in fact valid.

So lets start with some evidence in the affirmative. Verhoeven’s latest offering: Elle.

Ostensibly, Elle is billed as a rape-revenge melodrama which made me feel anxious and ready to be offended. The film opens in darkness to the gruesome sound-scape of brutal sex. We meet the films protagonist Michele (Isabelle Huppert) in her bourgeois Parisian home as she is raped by a masked intruder.

Michele is a victim of rape. Until she gets up, has a bath, and goes to work the next day. As the exposition unfolds, the film reveals her anew as the powerful and emotionally infallible CEO of a gaming company. She is realistic about the value of sex in her industry, and the fact that men are mortal in its wake, a truth she smacks home with precision at the expense of a young, cocky developer who dares to question her insistence on more boner moments.

We also learn that Michele has spent her life haunted by her father who infamously went on a killing spree in the 1970’s, implicating her by asking her to help him with the bodies. The incident, along with a photograph of a young Michele at the crime scene, is impressed upon the national psyche. At one point we see Michele watching a documentary marking the anniversary of the murders on national television, and we can only assume that her life has been littered with avengers and fanatics, looking for moral justice.

The remarkable circumstances under which Michele has grown up (which could appear far-fetched) enable the film to make the point, with some complexity, that this is very much an individuals story and not a universalising narrative about rape survival or indeed rape revenge. Certainly, Michele is no moral compass – she is an adulteress, an emotional manipulator and a shrewd businesswoman. But she’s also wonderfully funny and emotionally honest. She wants control, and knows how to regain it – a character trait that allows the film to touch on dangerous notes without inviting judgement. Michele responds to her circumstances as is befitting to her.

Elle is most certainly not ‘The Verhoeven’. Though deftly handled by the director, who avoids prescriptive notions of victimhood, the film belongs to Her. The character (and of course Huppert’s glistening performance) are at the centre of it all.

Other highlights at the festival included:

Divines: A gorgeous and heartfelt first-time feature from director Houda Benyamina, which justly won the Camra d’Or. Like Celine Sciamma’s Girlhood, the film follows two young girls living on the outskirts of Paris. Enticed by the trappings of fast money and fast thrills, the two tumble haphazardly into a life of crime, dealing hash for the estates alpha femme. Inevitably, darkness ensues, but unlike the more earnest Girlhood, Divines retains a wonderful lightness of touch, owing largely to the heart-on-the-sleeve performances from its two young stars, Oulaya Amamra and Deborah Lukumuena. 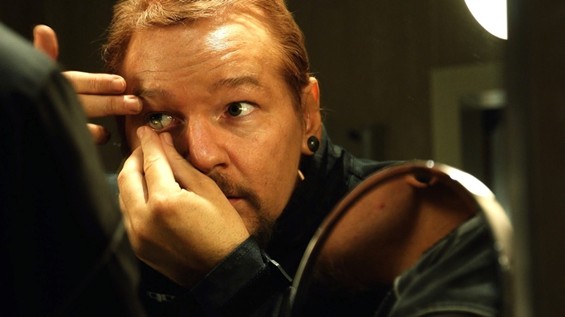 Risk: Risk is Laura Poitra’s new feature doc about the events leading up to, and including, Julian Assange’s detainment in the Ecuadorian Embassy in London. The film shouldn’t be read as anything other than an advocacy piece: everyone who features is very much on Team Assange. This imbalance aside, the film is slick and provides a fascinating insight into devotion and sacrifices made by the WikiLeaks personnel. Assange himself remains elusive, and the films best moments appear when Poitra’s reveals his vulnerability, or hints at his flaws. Assange’s grilling from super fan Lady Gaga, for example, presents a rather more flappable version of the man than one might expect.