This year marked my 5th visit to Cannes Film Festival and the strength of the glorious female-centred filmmaking I experienced vs the ridiculous flat shoes debacle perfectly reflects the depth of my love/hate relationship with the festival. Isn’t it a shame that its just the dress code of Cannes that catches the attention of mainstream culture? The most alarming thing about this years tightening-up of dress code regulations beyond the red carpet Palais screenings is that it rudely infringes on my personal belief that the best way to enjoy Cannes is to ignore the red carpet and the paparazzi and just see films. Lot of them. See films you would otherwise never get to see, many of which will never get a UK release and binge on arthouse film like its going out of fashion. But if you read what I have to say about films, I promise to let you see my shoes at the end as a reward

The first film I saw this year was Mustang, screening in Directors Fortnight, which was a real treasure of a film directed by Turkish female director Deniz Gamze Ergven. She also co-wrote the script with Alice Winocour.  It won’t surprise you to know I follow Turkish filmmaking very closely but I’m not sure I have ever seen anything quite like it and I’m confident in saying Ergven represents a bold new voice in Turkish filmmaking. Her first feature, the tale of five orphaned sisters growing up in a small rural village in Turkey, is not a perfect film, but it masterfully captures the explosive joyful energy of youth, the unbearable tension between freedom, control and fear and highlights some very real challenges faced by modern Turkish society. The film is both at times hilariously funny mixed with tragedy, with an exceptional child star performance from 11-year-old Gunes Sensoy.

One dinner table scene is telling: the news is playing on television in the background showing the (real-life) statement made by the Deputy Prime Minister of Turkey in 2014 that ‘women shouldn’t laugh in public’ if they want to be perceived as virtuous. Hearing this, the giggling sisters (ranging in age from 11 to 16) can’t control themselves and the events that unravel from that moment end simultaneously in tragedy and ultimately in triumph (and yes I am really struggling not to give any spoilers).

Of course, in real life, the ensuing social media onslaught of Turkish women laughing with joy and outrage as response to the comment shows the ultimate harsh duality of life in modern-day Turkey. Mustangs not-so-subtle message of education as saviour is an important one in Turkey today with the most important General Election in years scheduled for June. Deniz Gamze Ergven is one to watch and I’m really pleased that Curzon have acquired the film for the UK.

My joint top gem film of the festival was Fatima by Frances Philippe Faucon, also playing in Directors Fortnight. An altogether gentler, quieter and less uncomfortable story of an Algerian mother raising her daughters in modern France, the film triumphs by giving a voice to the voiceless of French society – a quiet, middle-aged,immigrant worker, who hesitates when speaking or reading French. France needs films like this. It was an absolute joy to watch, with wonderful dialogue, expertly crafted mother/daughter relationships and reminiscent of Mike Leigh’s early films, but in a French way. No wonder the film received the longest standing ovation I’ve ever experienced at Cannes.

Ok, enough talk of the films. 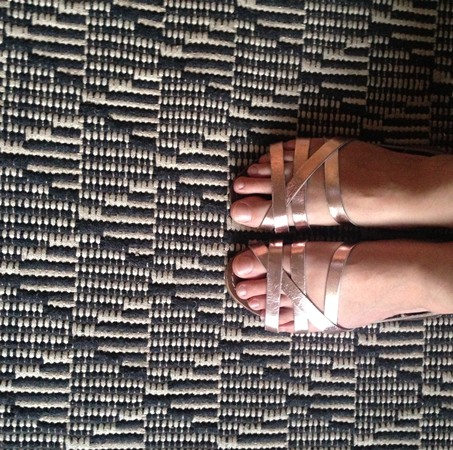