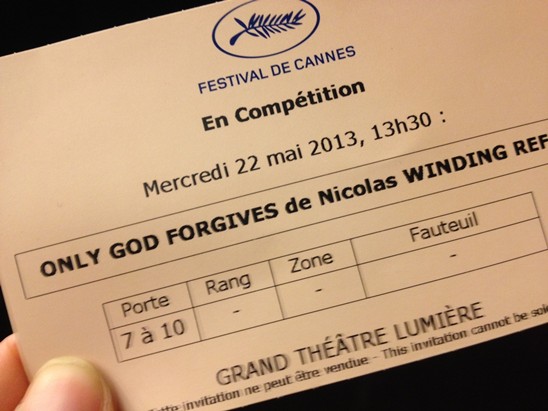 After an amazing start to the day I’m brought crashing down to earth when Sacre bleu! The ticketing system has crashed and my ticket to Only God Forgives has been lost – oh the cruelty! I put on my most charming face to see if I can persuade the embattled ticket clerk to uphold the booking, but alas I leave empty handed. Not perturbed, I dust myself off and head for the queue for the day after screening of Wara No Tate (Shield of Straw) by Takashi Miike. The press from yesterdays competition screening seems to be quite damning, which is maybe why the queue for this one isn’t very long, but I endeavour keep an open mind (tip no. 6 the day after screenings are a great way to see the films in competition, you don’t need an invitation just your festival pass, they are held in the Salle du Soixantime which is another screening room with a huge capacity and the queue is on the roof-top of the Palais so you get to look down over the sites of Cannes). 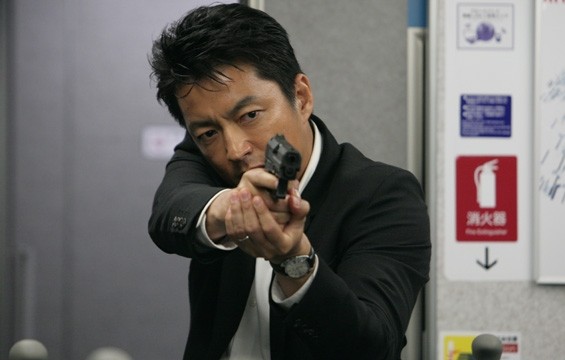 After 125 minutes of twists and turns, I think the critics have judged the film fairly harshly, it’s not an arthouse masterpiece and doesn’t bring anything new to the form, but it’s a pretty good police action drama. Ninagawa’s granddaughter has been brutally raped and murdered by psychotic ex-con Kunihide Kiyomaru. The police have DNA evidence that places Kiyomaru at the scene of the crime but they can’t locate him to arrest him. So, Ninagawa places a 1 billion yen ransom on Kiyomaru’s head for anyone that can kill him. Thus launches the biggest game of manhunt ever seen. With criminals, and thugs kicking down his door to assassinate him, Kiyomaru turns himself into the Police to see if they can protect him. Kazuki Mekari (Takao Osawa) and Atsuko Shiraiwa (Nanako Matsushima) are given the unenviable task to protect Kiyomaru during his transport to Tokyo to stand trial, cue the action, as everywhere they turn there is a potential assassin. Perhaps a slightly strange choice for competition in Cannes but still an engaging and entertaining film. 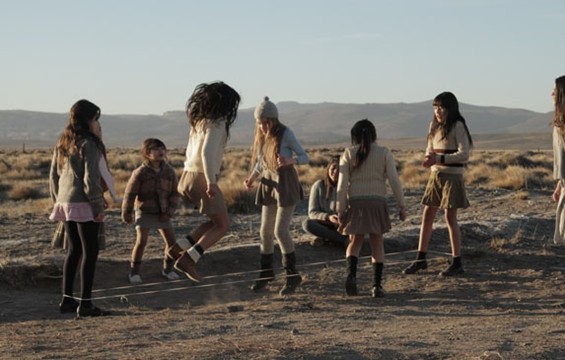 Next up is Wakolda, an Argentinean drama set in the 1950s, about a family who are travelling to Bariloche, a German speaking community in Patagonia, to open a hotel by the Nahuel Huapi lake. On the deserted 400km road to Bariloche, they encounter a German doctor (lex Brendemhl) who asks if he can follow them on the lonely journey. Along the way the doctor becomes fascinated by Lilith, the young daughter of the family, who has a growth problem and he offers his expertise to help. However, the doctors study of Liliths condition soon exposes him to questions about his past research. An excellent subtly told story of familial relations and the far reaching impact of World War II. Director, Luca Puenzo (The Fish Child, XXY), allows the viewer to slowly be charmed by the arduous efforts of the doctor to help Lilith escape the torment of childhood bullies about her size, only to be even more horrified by the film’s ultimate revelations. 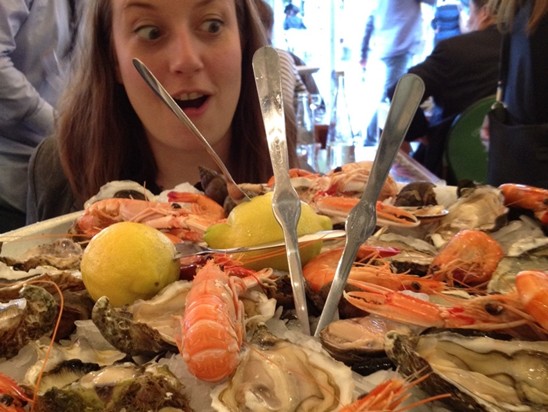 With a quick stop for a seafood platter and carafe of wine, Sarah and I try and see the day after screening of the Claire Denis, Les Salauds (Bastards). However for the first time we are finally defeated by the queue, so head to meet some other ICO team mates for a beer in an English pub?! 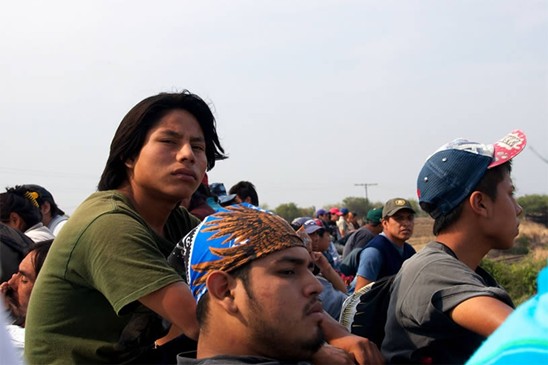 After a quick shower courtesy of the nice gentleman that threw a bucket of water over our heads on the way home, I get set for my third day in Cannes. First up is a screening of La jaula de oro, by first time feature director Diego Quemada-Diez. A Mexican-Spanish co-production, it follows three teenagers who are trying to escape Guatemala for the promise of a better life in America. Sara, Juan and Samuel are childhood friends and they set off walking down the railway tracks in search of a train that might take them on the long journey through Mexico to the US border. Sara must travel in disguise as a boy, as the journey is a perilous one, and we soon encounter these dangers in the form of immigration police, ruthless mercenaries and swindling crooks. The director allows us to take a slow and innocent ride with the three friends, who befriend Chauk, a Tzotzil indian who does not speak Spanish on their way, only to hit us into the harsh consequences of life in Mexico. By the time the film reaches its conclusion you are on the edge of your seat, fingernails firmly embedded into your palms, willing them to make it across the border. Excellent to see that this film has been picked up by Peccadillo Pictures, it certainly deserves to be seen by UK audiences. 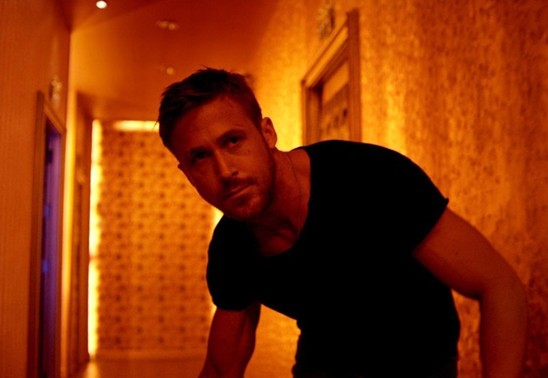 After the cruel joke with the Cannes ticket system snatching away my chances with Ryan Gosling, my colleague Simon Ward comes to my aid and gives me his spare ticket to the 13.30pm screening of Only God Forgives. No red carpet, and no Mr Gosling in person, but I’m sure I’ll be satisfied with an onscreen version. And it has to be said Ryan Gosling looks the part in Nicolas Winding Refn’s (Drive) latest Bangkok set thriller, as a drug smuggling boxing gym owner. However for me the film doesn’t quite deliver. With beautiful art design, a crimson glow that permeates every scene and a domineering score from Cliff Martinez, I find the slow and largely non-dialogue approach doesn’t allow me to engage with the characters. I’m willing myself to understand their thoughts and decisions but I come up fairly short. Kristen Scott Thomas has the best lines as the waspish Mother of the piece, but I’m left feeling slightly disappointed. Maybe I needed to work harder or perhaps it improves on a second viewing, but I think I may have over hyped this one. 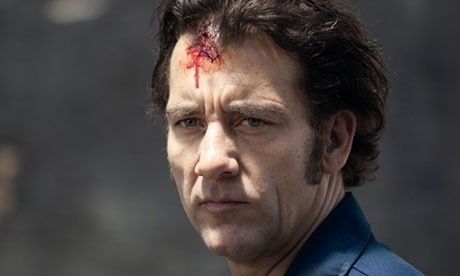 I decide to go for something more fun next, so hit up the 22.00pm screening of Blood Ties, the first foray into English-language filmmaking for director Guillaume Canet (Tell No One). With an amazing cast, Clive Owen (aptly summarizing his previous roles, my colleague describes him as a louche James Bond, which I think is the perfect description), Billy Crudup, James Caan, Zoe Saldana, Mila Kunis, Matthias Schoenaerts and Marion Cotillard (playing a drug addict prostitute), I’m very excited and I’m not disappointed. Blood Ties is the story of two brothers who have a rough upbringing, in and out of foster care, one of them grows up to be a respected police officer (Billy Crudup) and the other a brutal remorseless criminal (Clive Owen), not the most original plot line, but the nuanced characters and conflicted emotions the brothers display, elevates this film from the run of the mill crime drama. Although not getting great reviews in the dailies in Cannes, if you go in thinking this is going to a fun film with a stellar cast you won’t be disappointed, it is worth the price of a cinema ticket just to hear Matthias Schoenaert’s amazing Brooklyn accent!