One of the key priorities for us at Film Hub South East is to support more young people going to the cinema in the region. With that in mind, we’ve encouraged cinemas to start more young film programmers’ groups and want to help build a network around existing ones. On 7 February, our young film programmers met at BFI Southbank  for a networking evening, with speakers from the BFI’s Future Film Festival and Birmingham’s Flatpack Festival. Jasmine Alice, one of the BENSHI Programmers at the Palace Cinema, shared with us what she learnt at this fascinating event.

The first thing to mention about our Young Film Programmers meeting, is the setting. BFI Southbank is in an absolutely beautiful part of the capital to find yourself in, to discuss films, festivals, marketing and obviously programming.

After a tour of the building and finding out about its history as a humble car park, I found myself in a room meeting one of the most encouraging women I’ve ever had the pleasure to meet, Film Hub South East’s Young Film Programmers Coordinator Julia Andrews-Clifford. We had a conversation about what the evening had in store for us ahead of interesting networking activities and talks from Future Film Festival and Flatpack. 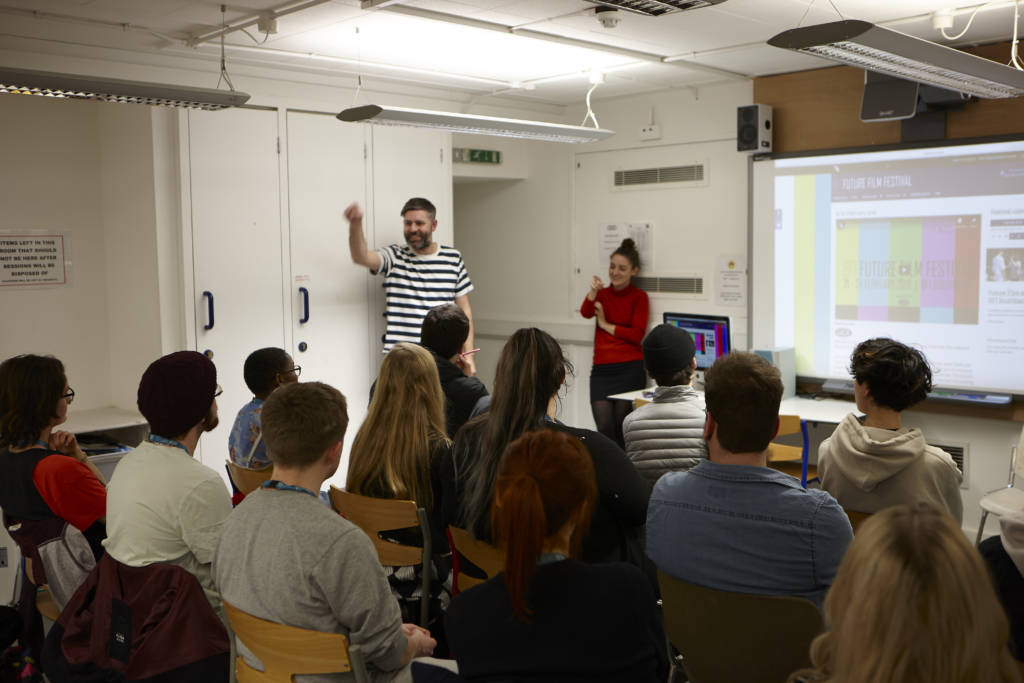 Noel Goodwin and Evelyn Griffiths told us about Future Film Festival and how young people can get involved with the BFI in general, and it was really good to know that there is much more for us to be considering when it comes to programming films at our own cinemas and venues. After that, it was time for us to do the (scary!) speed networking session with the other young film programmers from all over the South East.

Feeling a bit awkward at first, I found myself only asking the question given to me on a card to help start things off, but eventually our conversations were being cut short. It was great to find out how other programmers were finding the experience, the things that are working for them and the things that aren’t. This made me so much more comfortable, as I realised we were all there for the same reason. And guess what? Talking to people isn’t so scary after all.  Learning the way their cinemas allow them different levels of control gave me a much bigger sense of the network we really have just at our fingertips. We all also have different visions and ways of understanding what audiences want from a film event.

I found myself so inspired by the people I was talking to, from people who had been doing this for eighteen months to those who had been at it for only two. As a generation that almost prides itself on not raising our eyes above the screen in front of us, having the veil pierced and being put into a situation I would normally try to avoid, has changed my perspective for the better. 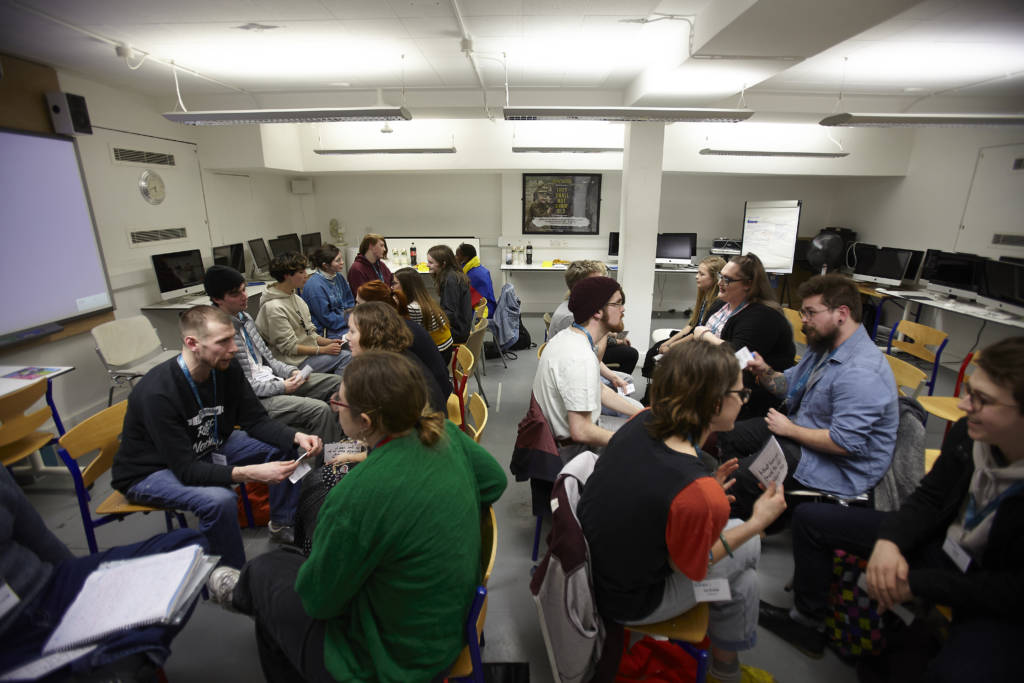 Filled with this new sense of confidence I was eager to receive a talk from Flatpack’s Amy Sharp. Amy told us the success story that is Flatpack and again I was hit with inspiration and pride for what I have already accomplished through the young film programmers group at the Palace Cinema in Broadstairs. She made me realise that what we are doing is bigger than I had thought, as we had been given this opportunity to learn and step into the shoes of an industry professional.

Questions fired back and forth from Amy and the room, her tips and tricks being shared and discussed to help us to bring our best marketing game. With all of us picking her brain and seeing Amy talk, I realised that we weren’t just being spoken to, this wasn’t a teacher talking to students, but this was a conversation from someone living what we all wanted to do – to be a bigger part of the film industry. And for me outside of Uni this is the first time I felt like I was part of the conversation not just the ears to it, which I think is quite rare to find when someone is teaching you something.

The experience I had was a special one: it was enlightening to hear industry experts talk to us and encourage us to keep going forward even when things don’t seem like they are working out very well. The event made me want to push forward within my own smaller fraction of the young film programmers’ programme, up our branding as a team called BENSHI. It also made me see that we are already having an impact in our local community, and in doing so in the larger community within the South East. I exchanged information with a few other groups so that we may stay in contact and even think about doing larger events across our venues together. I walked away from my evening with the BFI inspired and feeling like this is what I want to do, even just for now.

Belonging to a Young Film Programmers Group is an opportunity that has opened so many doors for me and all of the others. We all have so much to offer each other and the industry, and before that evening I hadn’t even realised it. I find myself now constantly looking ahead with new ideas.

All we have to do is keep going forward, keep talking to people and finding out what they want to see, what they would like to do, and bring our own creativity to it and make it something magical. I want everyone who loves film and wants to learn more about it to get involved, because this is giving us skills we can use in any walk of life and shows people how there is so much more to the industry than people think.

Want to start your own Young Film Programmers’ Group or get involved with an existing one in the South East? Find out more about the work we do and get in touch. Film Hub South East, part of the BFI Film Audience Network, is a project of the Independent Cinema Office.