There is just one round of funding for the BFI NETWORK Short Film Fund this year, with applications closing soon on Monday 2 May. In this blog we hear from Tuli Litvak, producer of the BFI NETWORK South East supported Bingo Queens, about how their budget changed shaped between the application and production stages, and how they overcame the resulting challenges. At the end of the blog, you will find download links to both the original and final budget for Bingo Queens.

Many things changed in the world in the time between the director and I submitting Bingo Queens for BFI NETWORK funding in 2019 and it finally being shot in 2021.

We had submitted our funding application in August 2019 and had received a positive response by September. We were planning to shoot in April 2020. But of course, the country went into lockdown in March and we ended up filming over a year later in June 2021.

The script had gone through many iterations from when we submitted it with the application to when it was shot. One major change was deciding to cut down the number of locations from eight to two (following advice from BFI NETWORK), which in retrospect was one of the most helpful changes we made – both to the script’s narrative and the production. 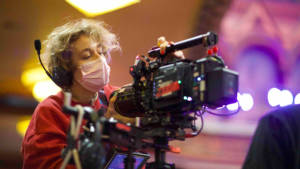 COVID-19 had a huge affect on our production, not only as a result of the time delay but also due to the safety measures and the associated regulations and precautions that were needed thereafter. Having to get PCR testing (a costly matter) and all the required health and safety accessories, added to our costs. Luckily, in those early stages of productions reopening, BFI NETWORK offered an additional COVID uplift budget. It was meant to address direct COVID-related expenses, as well as cover unforeseen changes to productions due to the pandemic.

In our case, one such change was the loss of our main location (a bingo hall), which had previously been obtained in-kind. The alternative bingo hall we found was no longer free, but in fact quite expensive. Cutting some of the other locations in the script helped us reallocate funds for it, together with the uplift we received.

The change to our main location also had other budgetary effects, as the new bingo hall was significantly larger than the original one. It required more lighting equipment and crew to light, and a bigger production design budget and art department crew to dress. Another complication was that this bingo hall could not be shut down for a whole day to accommodate filming (unlike the original location), so we had to work around their bingo game schedule – which was rigorous and frequent! This logistical challenge could only be overcome with a larger crew onboard to manage the swift and frequent turnovers required between scenes and shots. 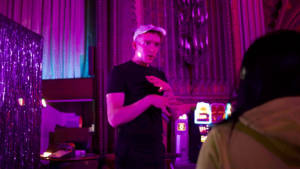 The bigger location also looked significantly different, and when we were doing camera tests the DOP suggested using anamorphic lenses to adequately capture the space we were shooting in, an idea the director and I agreed with and were willing to invest some of our personal finances into so that we could accommodate the price difference.

Another change that affected the budget were wage increases between 2019 and 2021. For example, the original fee agreed upon with the main actor no longer suited the experience they had gained since we’d approached them in 2018. We also realised we needed more experienced supporting actors to really do justice to the script. This too brought the budget up and we ended up needing more rehearsal days than we’d anticipated.

In general, people’s and companies’ finances had changed since the pandemic. With work becoming less certain, many no longer could afford to accept such low rates for passion projects or offer in-kind support. A production company we were working with before the pandemic had offered to cover our insurance as well as some post-production expenses, but after the pandemic could no longer afford to do so. 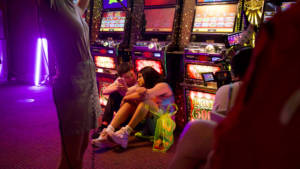 Finding a body double for our main actor who would also be BIPOC and have the variety of skills we needed (such as being a dancer that could do both vogue and ballet, as well as a choreographer) meant the pool we were pulling from was narrower than we’d anticipated, and we therefore had to up the budget on it to be able to get the very specialised person we needed for the role. Also, as our lead is non-binary and the character they were playing was a trans woman, they rightfully wanted to work with hair and make-up artists that had experience working with trans women and BIPOC clientele, and were themselves part of the LGBTQIA+ community. That again meant we had a narrower pool to pull from. Paying for more specialised HMUAs cost more than we had originally budgeted. These changes were very important for us however, as we were set on creating an inclusive environment that could accommodate the needs of a diverse cast and crew.

Despite these increased costs, there were also things we were able to save money on, such as the London borough we ended up shooting in having cheaper filming permits than the original one we had planned on using. Another was that the editor and the colourist we ended up working with had lower rates than the ones we had originally booked.

We hadn’t anticipated how disruptive working across time zones would be to the post-production process, our director having moved to the West Coast in the US after the shoot. This meant that there were very limited times his and our UK-based editor’s schedules could overlap. This created a somewhat disjointed edit process and meant that we ended up with something we felt could be improved a lot. We therefore ended up hiring a new editor who was based in the same time zone as the director so that they could do more in-person work on it, which really helped with the final edit. 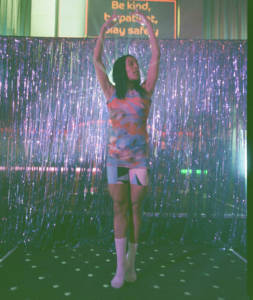 We were able to accommodate the changes in production and budget (part of which were due to the pandemic and the many changes it had brought to our production, part of which grew from realising the script required certain additions for it to be as good as we wanted it, and part due to realising we had underestimated some of the elements needed to support and create a diverse crew, cast and environment) by putting more of our personal finances into the production, as well as raising funds through First Flights and privately.

We were lucky to be able to raise more funding and in future we’ll be able to estimate more accurately what certain scriptural elements and ambitions would call for in terms of production. It was the first narrative short both the director and I had made and we learnt a lot from it. All things considered, we are very happy with it and luckily so far Bingo Queens is doing well – so onwards and upwards!

The deadline to apply to the 2022 BFI NETWORK Short Film Fund is Monday 2 May, for full details please visit the BFI NETWORK website.

Tuli Litvak is the producer of the BFI NETWORK commissioned Bingo Queens. Tuli worked as a Producer for Core TV where she oversaw the production of all video content, distributed across various networks, including Sky News and Al Jazeera. Starting her career in 2014 whilst at uni as the UK-based Production Assistant for the Emmy-nominated production company Got The Shot Films, including on ‘Restless Creature: Wendy Whelan’ which received a NY Times Critic’s Pick and was also praised by Vogue as well as was screened at NYFF, Raindance Festival, and the Venice Biennale. She’s worked as a Production Coordinator on shorts and music videos including for Tirzah via PRETTYBIRD as well as a Freelance Fashion shoot Producer for the likes of Tank Magazine. She’s also worked as an Assistant Post-Producer for David Sims and has had her video art work exhibited in London and internationally.