Was Our Attempt to Attract Younger Audiences an #EpicFail?

Was Our Attempt to Attract Younger Audiences an #EpicFail?

We all want to know: how can we attract younger audiences to our cinemas when competition for their time is so fierce? Bertha Dochouse, the UK’s first cinema dedicated entirely to documentary films, took on a mission to change their audience profile and bring in younger people. Their Marketing Manager Thomas Humphrey shared with us what they learnt from their endeavour.

To set the scene, Bertha DocHouse is the UK’s first cinema dedicated entirely to documentary films. We’re a home for indie Q&As throughout the year and many of the films we show do not receive wider distribution in the UK.

Internally, we certainly have a perception that our audiences are typically older; and we’d like to change that – if only for the sake of the future success of our cinema as a Community Interest Company.

This view that our audience might be older isn’t unique to us. The BFI’s Research and Statistics department states in its 2018 statistical yearbook, “[that more original documentaries and arts programming] typically appeal to an older and more affluent demographic.”

Now as an organisation that’s deeply obsessed with facts, we decided to interrogate how true that really is. We thought we’d do this by looking at our five most successful films last year, and what they told us about our audience. 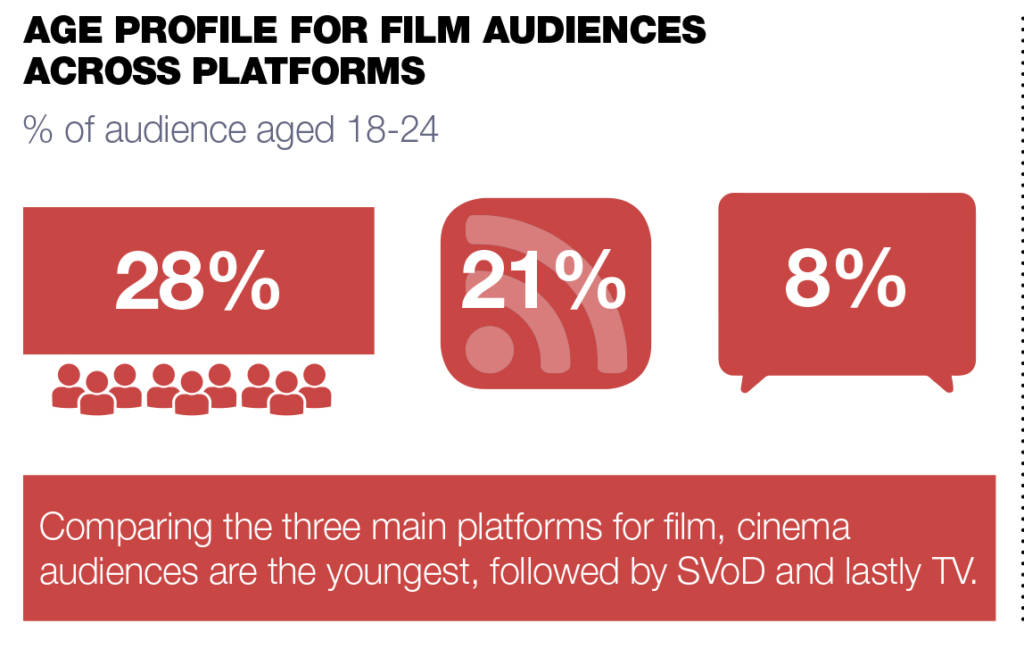 Sadly, it turned out that the BFI were largely right. Whilst our results were skewed by a huge senior turnout for Bombshell: The Hedy Lemarr Story, the average student and under 25 ticket share of our top five best sellers in 2018 was just 13.8%. And even if we eliminate Bombshell, we still come under the current cinema average with 15.75%.

So whilst we can’t claim to be having a huge impact in the 18-24 aged demographic, I still think that from seeing our audiences week in and week out, ‘young’ people between the ages of 25 and 30 make up a much bigger percentage of our audience than we think, even if that’s something our current box office metrics don’t really reflect.

So. Cue my resorting to our digital stats, which does allow us to scrutinise this theory better than our current ‘adult ticket’ data does….

Now, perhaps digital statistics might be expected to skew to younger audiences, but I do think it’s no coincidence that since our current site went live in 2017, it has been predominantly used by 25-34 year olds (40%), with the 18-24 age range similar in size to both the 45-54 and 55+ age ranges.

Similarly, of the 8,502 individuals who currently follow us on Facebook for all the latest documentary chat, a huge 27% fall within the 25-34 demographic – significantly dwarfing all other age ranges other than our second biggest group of 35-44 year olds (16%).

This all backs up the perception I have of seeing a healthy number of people aged 25-30 at our screenings. We might even be able to go as far as to say that this ‘young’ target group is in fact our core demographic.

I suppose the important point to make here is that maybe a ‘young’ audience is always in the eye of the beholder. Attracting young people is quite a relative objective, and depending on the nature of your venue and what kind of audiences feel at home there, it might be worth asking yourself what a young audience looks like for your cinema.

What’s more, the important thing to focus on is that there is always an audience out there which is just younger than your current user base – and those are the people you need to keep consistently reaching for, as they’re on the cusp of becoming your core audience.

So for us, bringing in people aged under 30 might well be considered a victory in terms of attracting a younger audience. And I think that means we have to sit up and pay a lot more attention when we find films that can help achieve this. 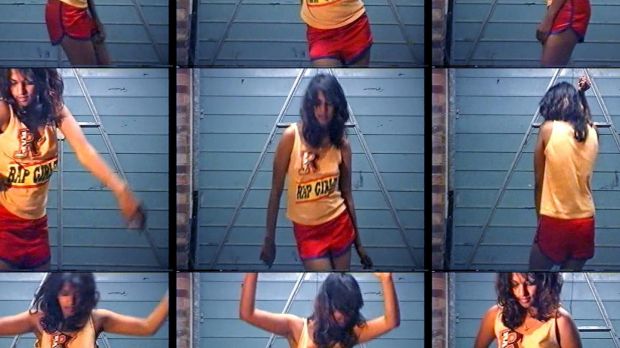 During our run of Matangi / Maya / M.I.A, for example, there was a tangible sense that our audiences were younger than usual. And the statistics totally back this up, with an impressive 23.74% of attendees made up of either students or under 25s.

That’s almost a whopping 8-10% increase from what seems to be our norm, and a third of that increase was also from people buying tickets explicitly reserved for people under 25! So clearly, we do have the potential to get really close to the national average, even in an pretty upmarket Curzon site in Bloomsbury.

These silver linings aren’t unique to us either. I think everybody reading this should all take away the fact that whilst the film industry is certainly changing, there’s loads of positive glimmers of hope out there too! 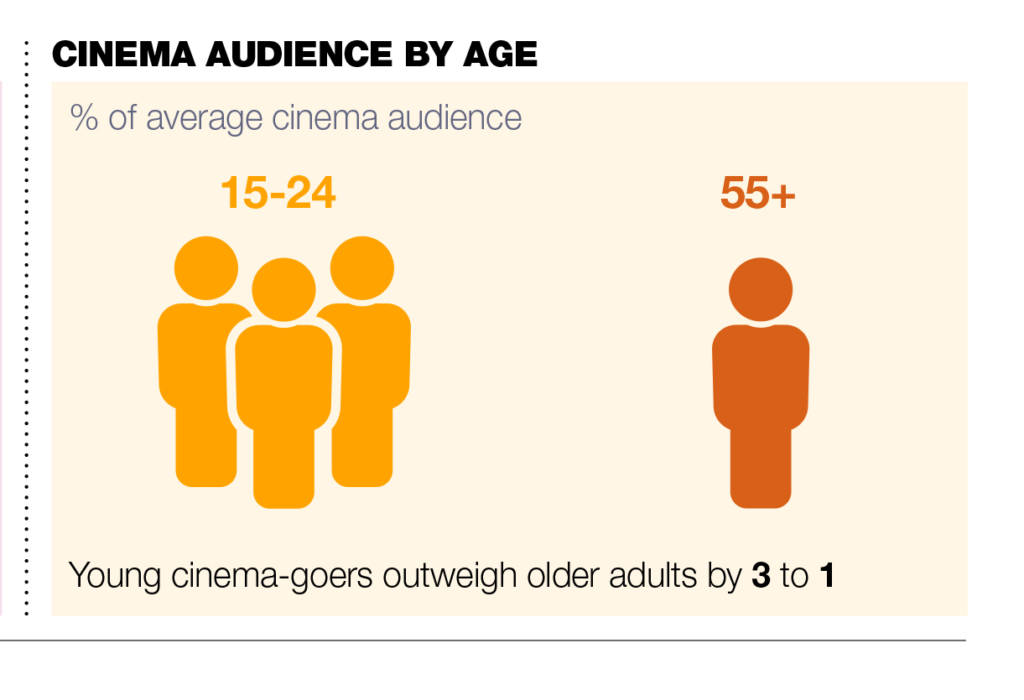 In fact, if we go back to BFI Research and Statistics, here’s what else we know about the cinema landscape right now that suggests attracting young audiences might not be as big a challenge as we sometimes make it out to be:

What’s more, whilst it may not be their only method of accessing films, 53% of 18-34 year olds stream films online via the likes of Netflix… so maybe it’s not even just (very) young people? *Shock, horror* 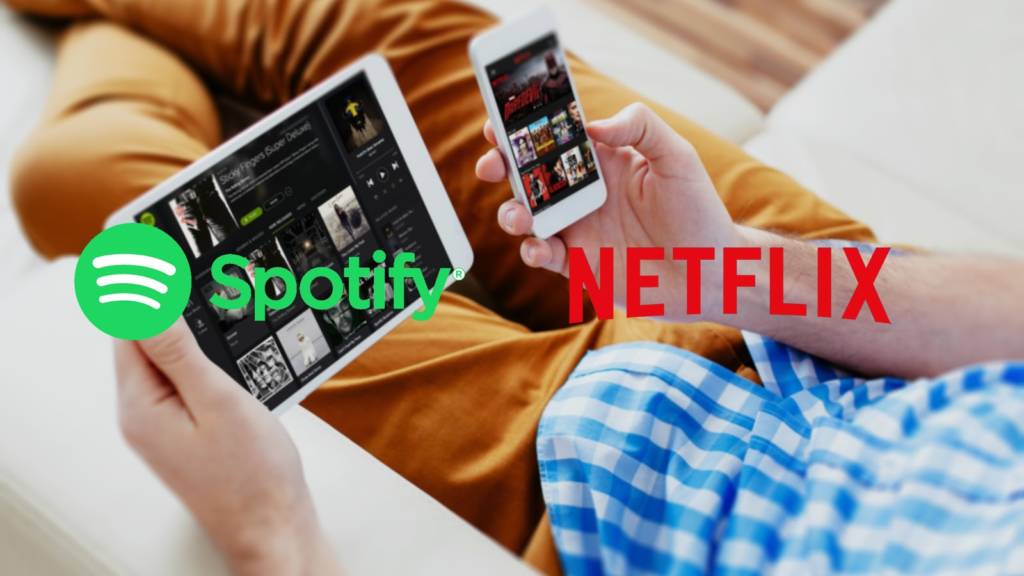 Now, that last fact might make resistance seem futile for the cinema sector, but the other four all suggest that independent cinemas simply need to ask themselves how best to adapt to keep assimilating the significant young chunk of their audiences that come through their doors.

So how do we, Bertha DocHouse, attract the attention of younger audiences? Especially when according to BFI Research and Statistics: “Titles offering thrills and spills dominate the list of in-cinema films that appealed most to [15-24 year olds].”

With the exception of subjects like Mathangi Arulpragasam, ‘thrills and spills’ don’t always align with the kind of programming that Bertha DocHouse fights for. As an independent cinema dedicated to docs, we pride ourselves on championing key social issues and providing a space for political activism with films which don’t always get a platform anywhere else.

So as a cinema, we have to think outside the box, and be ever more vigilant for the opportunities presented by films like Matangi / Maya / M.I.A that are likely to resonate with younger tastes.

To us, Amazing Grace represented just such an opportunity… 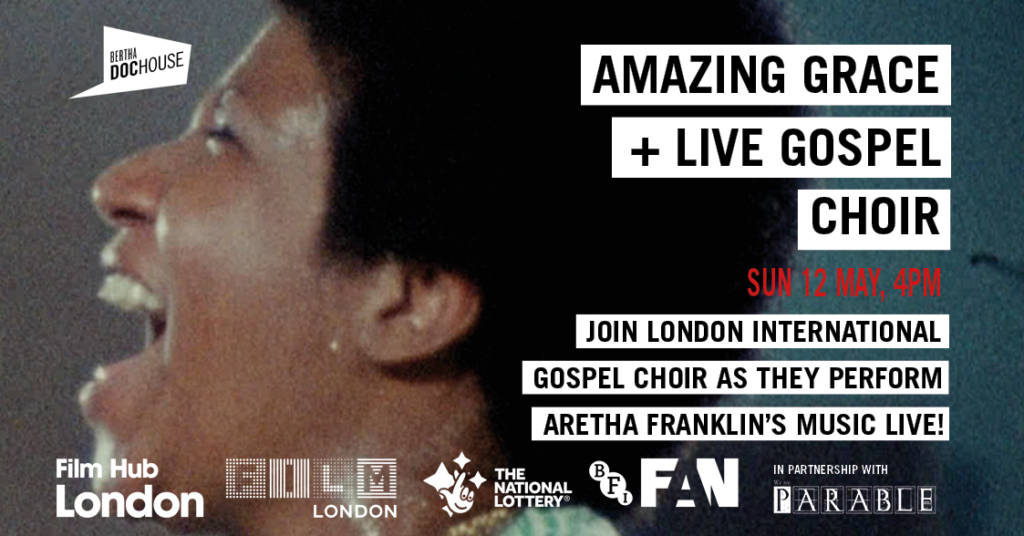 A huge, UK-wide release with the skilful and significant backing of STUDIOCANAL behind it, Amazing Grace‘s timing was perfect – released in the wake of Netflix’s Beyoncé documentary Homecoming, it gave us a chance to try to speak to younger audiences in a different way by proxy.

We were fortunate enough to be in discussions with The New Black Film Collective about what we could do to dial up awareness around the film, and they kindly gave us the idea of using a live gospel choir to create an exciting wrap-around event.

In further signs that it was all meant to be, Film London was also offering an ‘Exhibitor Activation’ scheme that gave us access to the funds we needed to hire the London International Gospel Choir.

What’s more, Film London also work with audience-focused events organisers We Are Parable to help their members reach younger black British audiences. And We Are Parable had just been hired by STUDIOCANAL to work on the film too, so it was all lining up to be one big coup!

Our event also came together (with a lot of hard work) relatively without a hitch! It sold out within four days of going on sale, and come Sunday May 12, an excellent 15 person choir plus keyboard serenaded 136 people with the joyous songs of Aretha Franklin.

So what were the final scores on the board from all our endeavours? 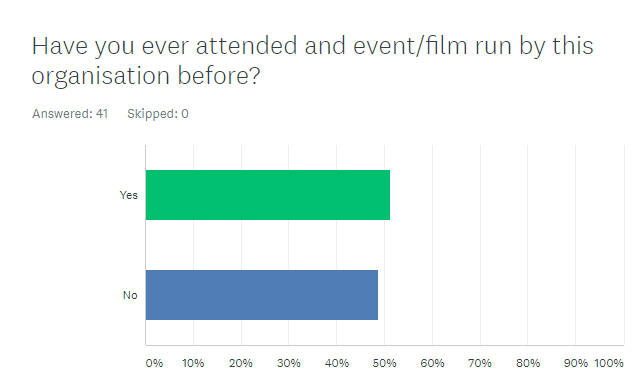 Surveys from the event suggested that we did attract a fairly significant slice of new attendees (51% of responders) as well as people who hadn’t been to our cinema in a long time (52%). But we also rather noticeably did NOT attract a younger audience (!), with less than 10% of our audience aged 25-30 or younger.

But again, rather than get all defeatist about it, we actually thought about how productive holding the event had been in terms of demonstrating to us as an organisation that we can pull it off.

It also became abundantly clear to us that we’d learnt a lot about what we would do differently next time to make sure we did attract a younger audience, and we thought sharing this might have some real value too.

So here’s what we learnt: 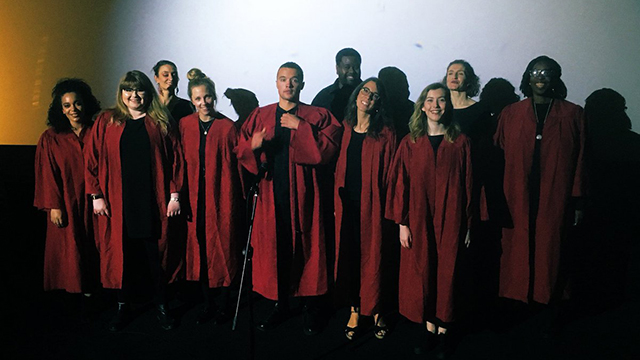 Is your cinema looking to develop its offering for young audiences? ICO’s Senior Partnerships Manager Jemma Buckley advises where to start:

For more information about working with young audiences your local Film Hub may be able to help. For example, Film Hub South East have dedicated staff and resources to help venues in their region better connect with local young audiences.

As for useful events to have on your radar: hundreds of cinemas, film festivals and community screens have joined the ICO at our Young Audience Screening Days over recent years. These events celebrate cinema for audiences aged 16-30 and younger and offer you preview screenings, presentations from a wide range of expert speakers and practical tips from organisations across the UK. To stay updated on upcoming events, join our mailing list.