Anatomy of a Programme: Peering into The Fog

Anatomy of a Programme: Peering into The Fog

Cinema programming is a mix of taste, audience engagement and often detective work. Continuing our series, Anatomy of a Programme, we ask programmer’s to share their experience of research – the nitty gritty, pleasures and pain of getting films to audiences. Here Josh Saco of Cigarette Burns Cinema hunts down a 16mm print of John Carpenter’s The Fog. 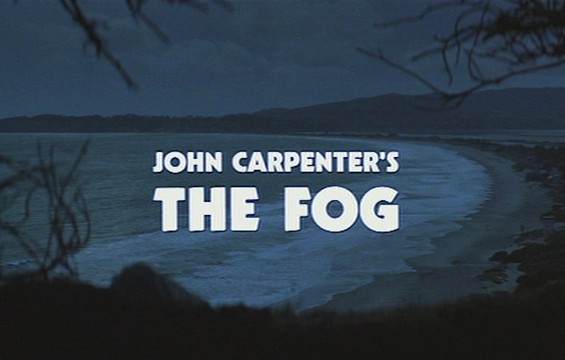 Like most things, it started with a stupid idea.

There was a beer involved.

Possibly more than one.

In all probability, it was late.

It was also nearly a year ago.

My friend, Spencer, runs Death Waltz Recording Company, a soundtrack label, releasing pretty much every genre film OST that you can think of, and next on his slate was a hefty double vinyl album of the soundtrack to The Fog. The twist, what sets him apart for the others, is that he focuses as much on the cover artwork as the music, so when a series of fortuitous events set him up for a meeting with none other than acclaimed artist, Dinos Chapman, the aforementioned idea was germinated.

“Right, I’ll source a 16mm print of The Fog and well throw a record release party!” I think that’s pretty much how it went.

At heart, I’m a collector, always have been, so a challenging hunt is fun for me. We can’t have everything handed to us on a plate, can we?

But more importantly, I can’t lug a 35mm projector around on my back. Well I can, but I don’t have access to a portable 35mm projector. Equally as important, but far more depressingly, there are not very many 35mm prints of John Carpenter films knocking around in public archives.

So lets focus on doable, shall we?

Quietly, I started trawling the internet. 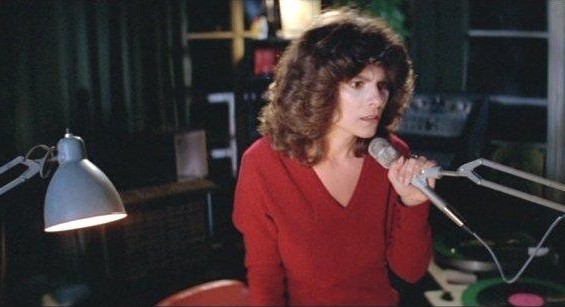 Eventually a 16mm print showed up on eBay, this was heartening as I’d made my initial promise of sourcing said print, without actually even knowing if there were any – as I said, there was beer involved.

Being a seasoned eBayer, I know you don’t bid until the last 10 seconds.

So I waited and waited, all the while feeling secure in my inevitable ownership of John Carpenters The Fog on 16mm scope.

I was massively outbid.

And I’m not going to lie, I wasn’t very happy about it.

But I took solace in the fact that if one exists, more must, and the 16mm market being what it is, it’s likely to pop back up again.

However the clock was ticking. We’d decided that the best time to screen the film and have the party, was on 20th April, since the film starts on the 20th and the 21st. Conveniently, 20th April 2013 fell on a Saturday. The gods were smiling on us.

It’s August, there’s plenty of time. Dinos hasn’t even confirmed he’s going to do the art.

However, I know that if I purchase the print from the States, I’m going to need to allow for a month transport, just in case it gets caught in customs or some other nightmarishly expensive disaster befalls us. 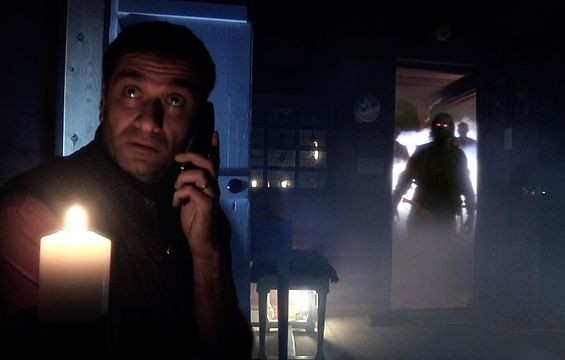 I start sending emails to print collectors explaining I’m looking for a print, any print, of The Fog.

“Ohhh I had one, I think I sold it to someone in Germany about 5 years ago.”

“Have you asked xxxx?”

…finally I broke, it was November now, nothing happens in December and January, so write those two months off, time was definitely ticking.

Dinos was working on the artwork.

I could no longer ask quietly.

I posted my want and waited.

Why didn’t I do this before – cuz I’m a secretive knob.

Second lead turned out to be the American fellow who outbid me on the eBay auction several months prior. But he too was now happy to sell, and kind enough to reduce the price from what he’d paid. He’d paid quite a lot. And the price was easily four times Jim’s price.

I said I was interested, but was waiting on clarification from another source, totally true. All was fine.

A couple weeks pass, and nothing from Jim… Pop him an email, you need to be careful here, you don’t want to be desperate or pester.

Jim apologises and says that the issue is a bit of a complex one… Turns out it’s in his ex wife’s garage, and he needs to go out to her place to check it.

But he will, next week, he’s out of the country at the moment. 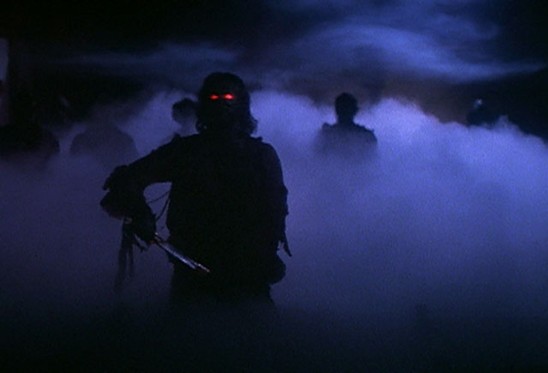 It’s December. The Americans print shows back up on eBay. Well tha’ts cheeky. If I had known it was gonna go there, I’d have stumped up the cash… but Jim… I’m being cheap now. Sod it, I’m winning this print.

I manage to sleep through my 2am eBay alarm…. Epic stupidity, I went to bed early and everything.

Email the American, if that falls through, let me know.

Chase down the new owner of the print, no reply.

Email Jim, who’s had plenty of time… but is out of the country again.

This is getting stupid.

Pressure is building, Spencer needs to know if this going to happen, he’s got the artwork in hand.

A chance meeting at a birthday party and a ‘maybe I should ask him’ thought prompted me to say “Hey, you wouldn’t happen to know anyone with a print of The Fog, would you?”

Yeah, I think Henry has one, ask him.

Henry is less than clear as to whether he even knows what a fog is much less if he owns a print.

But as a collector, he’s protective, a bit suspicious, am I just trying it on, do I want to pry a prized possession from his hands?

All quite common worries among print collectors, they come from a history not unlike the police raids of the Video Nasty era. Famously, in 1974, Roddy McDowalls personal collection was raided and confiscated. 35mm prints themselves are often considered property of the studio, and are occasionally at risk of being reclaimed.

So Henry’s nervousness is not wholly unfounded.

I convince him we should probably meet anyway, since a) were both in London, and b) common interests and all…

Several phone calls, a greeting in a pub, followed by four hours of coaxing, and several pints later, I ring Spencer – Bloody hell! I’ve got it!!!!

Why 16mm? Because we can’t have everything handed to us on a plate, can we?

If you have been working on a film programme and would like to share your story as part of the Anatomy of a Programme series, get in touch via kate@indepedendentcinemaoffice.org.uk.