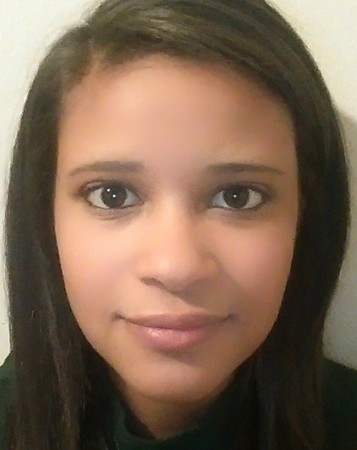 Our excellent trainees have now started their appointments, and below one of them, Hannah Canham, who is working at Showroom Sheffield at Sheffield tells us what she’s learned over the last two months in her post. Here’s Hannah!

Only eight weeks into my traineeship, I’ve had the chance to meet and work with some great people who express a deep love for film. It is so refreshing to be in an environment that appreciates film knowledge and utilises it. It’s somewhere that I feel very at home. Here’s five things that I’ve learned in my time at the Showroom.

When working for an independent cinema I’ve learned that it is important to listen to what cinema goers have to say about particular films,especially if it is a popular opinion. Keeping an eye on statistics is a great way of finding out whats popular, but taking the time to talk other film fans can be incredibly advantageous. Trends can often change and audience tastes candevelop. Keeping on top of what excites an audience is important, not to mention interesting, for any film fan.

Human error is an inevitable part of life but when working for the programming department of a cinema, it can be disastrous. Making one simple mistake, such as the time of one specific screening, can be time consuming and difficult to rectify as it will affect all other films showing in that screen on that day. On the programming team, you’re dealing with a lot of data on a daily basis and making an error can be amazingly easy, but incredibly difficult to amend.

Arguably the most important role in any cinema: the projectionist. I’ve learned that it is incredibly important to have a good working relationship with your projectionist as this can affect the running of your cinema. The bottom line is that cinemas would not be able to function without the cooperation of the projectionist and the programmer. You need to be confident that the projectionist will be happy with, and able to adapt to, any last-minute changes as this is likely to happen much more often in an independent cinema.

4. Watch as many films as possible

As someone who loves going to the cinema, this comes naturally, but is still valuable to remember. Having an up-to-date knowledge is essential when working in the industry, and possibly even more so in exhibition. It’s also important to try and expand your knowledge and attempt to watch different films that you might not have considered. Viewing lots of different films, good and bad, is important to see what works and what doesn’t. It also gives you more of a chance to engage with other people and share opinions and thoughts.

5. It’s not just a cinematic experience

Independent cinemas differ dramatically from multiplexes. People who come to these types of cinemas often have very different expectations and want much more than to just see a film. Its usually about an experience as a whole.People who attend independent cinemas can be fiercely loyal and there is a certain amount of trust between the cinemagoer and the cinema staff,particularly the front of house. This personal touch is what sets independent cinemas apart from the large cinema chains. The Showroom works very hard to create an experience for their customers. For example, you can go and see a film; this may then however be followed by a discussion/Q&A. You also then have the option to stay for a meal and a couple of drinks afterwards so it becomes more of an evening out. There’s a certain amount of trust between the cinemagoers and cinema staff. They can share opinions and thoughts and also listen to recommendations. They understand that its not just about making money (although all cinemas need to be sustainable), its also about engaging with communities and helping to bring film to a wider audience, which is generally what independent cinemas strive to achieve. The ultimate goal in the UK tends to be to educate film audiences and provide deeper knowledge,understanding and appreciation for film.