2018 was my fifth Cannes Film Festival, which I’m led to believe makes me something of a seasoned pro in the ICO office, but my enthusiasm for the festival has never diminished over the years… there’s no other place quite like Cannes!

In the wake of the Weinstein scandal and the Time’s Up movement, I was intrigued to see how the festival would respond, and it was something of a mixed bag: a jury led by Cate Blanchett and featuring Ava DuVernay, Kristen Stewart, Khadja Nin and Léa Seydoux was promising, but only 3 female directors in Competition and a prominent position for Lars von Trier shows that there is still a way to go for such an influential film festival…

Many industry folk I ran into commented that the film market was quiet this year by Cannes standards, and it may well be that we are moving away from a time when deals are thrashed out over expensive drinks at the Grand Hotel. Distributors seem more reluctant than ever to pay over the odds or enter into a bidding war, and whilst there are always some key titles which will be acquired at the festival, it may be more likely that in the future, the majority of business will be done post-Cannes when the dust has settled. 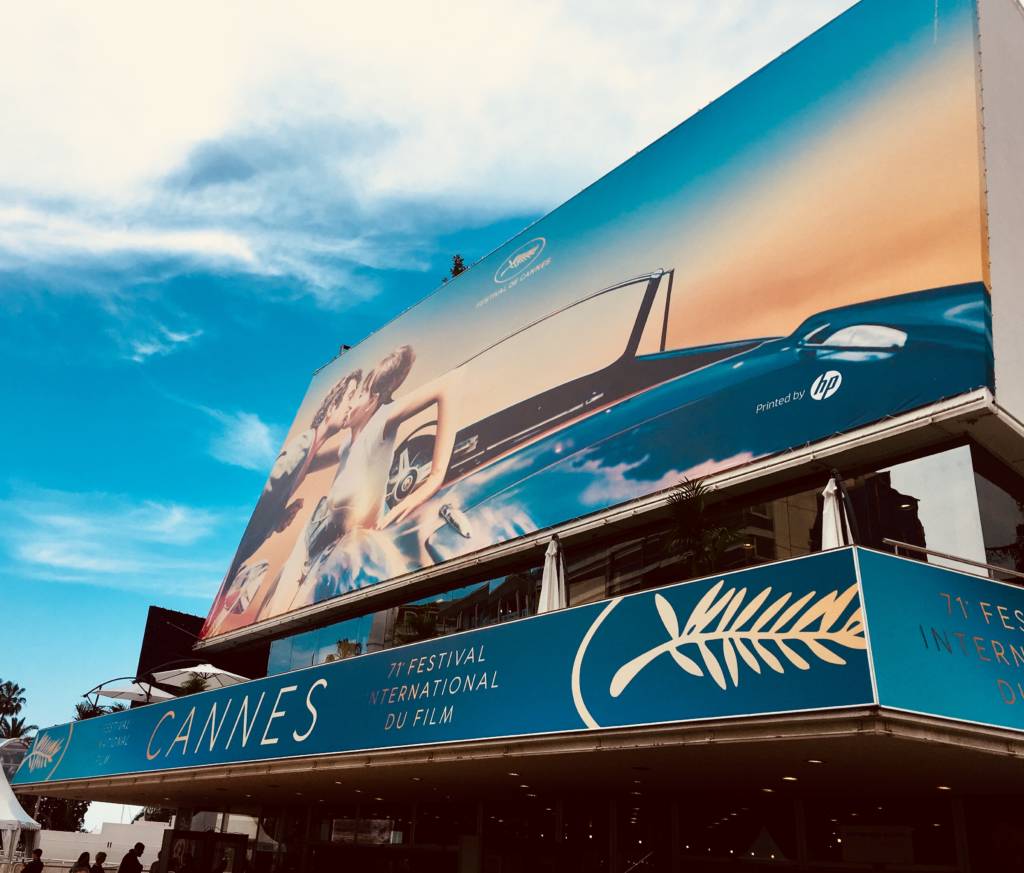 As always, there was a huge range of films that I got to see at the festival, and the below represent just a few of my highlights.

Unbeknownst to me (or anyone else in the audience it seemed) the opening film of Directors’ Fortnight was preceded by a special presentation to none other than Martin Scorsese, who entered the auditorium to Jumpin’ Jack Flash and a standing ovation the like of which are usually reserved for rock stars, not directors. A tough act to follow for directors Cristina Gallego and Ciro Guerra, but their impassioned introduction, with the cast of their film in attendance, set up the screening of Birds of Passage perfectly.

The film is a sprawling chronicle/folk tale which shows the rise of drug trafficking in Colombia, through the experience of the Wayuu people. It’s a beautifully made, if unusual film, which manages the impressive feat of being both ethnographic study and genre film at the same time. It’s a challenging film to position, but Curzon have picked this up for the UK and will look to build a campaign on the back of strong reviews from the festival and Guerra’s reputation following Embrace of the Serpent.

Shut Up and Play the Piano

After missing out on seeing it in Berlin (in the cruellest of fashions) I didn’t want to pass up the opportunity to catch this doc on musician Chilly Gonzales. For audiences only familiar with ‘Gonzo’s’ piano work, the film will be a very entertaining eye opener, as his early music combines hip-hop, electronica and punk with performance art to fantastic effect! His interviews (both archive and new) are hilarious and fascinating, and some of the live footage is really electrifying (featuring collaborations with Feist, Peaches and Daft Punk).

With the documentary form struggling a little theatrically of late, it’s difficult to know if this gem will receive UK distribution, but if it does I’d thoroughly recommend that audiences seek it out.

A very timely film, Monsters and Men tells the all-too-familiar story of an African-American man unlawfully shot by the police during his arrest. The film is divided into three distinct stories, concerning three people with a connection to the murder – a teenager who films the shooting; a conflicted black cop in the local force; and a young athlete whose eyes are opened by the activism the incident inspires.

Comparisons to Fruitvale Station can be made, and in some ways also to Moonlight (there is a definite Barry Jenkins influence in the camera work and also in structure), and whilst it might not quite reach the heights of the latter, this is a very urgent film with fantastic performances across the board.

The powerful subject matter and strong word of mouth could help this play in UK indie sites, particularly to a younger audience with whom the contemporary themes should resonate strongly.

Unusually for a film set during wartime (here, the conflict in the former Yugoslavia), the majority of violence in Teret occurs off screen (save for some distant missiles which light up the night sky in the distance). Yet the consequences of war are there to be seen for all.

The film follows Vlada (an incredible, stoic performance from Croatian star Leon Lučev) on his journey through war-torn landscapes as a lorry driver delivering an unknown cargo from Kosovo to Belgrade.

Deliberately paced to reflect the monotony of Vlada’s journey, this is nonetheless highly compelling cinema. It starts out reminiscent of Clouzot’s classic thriller Wages of Fear, but morphs into something much darker and more troubling as it explores the choices this ordinary man must make to earn a living for his family, and the complicity of his generation in the horrors of this war.

Told in non-sequential chapters, Jamie Rosales’ Petra is a slow-burn psychological drama/melodrama with a sting in its tail. It follows Petra, a 30-something artist who moves to rural Spain to spend time on a residential course (?) with renowned sculptor Jaume. Whilst there, she meets his son Lucas, and whilst there is clearly a connection between them, something in her past prevents her from following her romantic instincts.

What follows is a gripping and often shocking story, beautifully constructed by Rosales and cinematographer Hélène Louvart, whose camerawork glides hauntingly from the characters to take in the surroundings as if searching for visual clues to answer the mystery at the heart of the film.

It could comp to Almodova’s Julieta, although for me this is a more satisfying work boasting superb character development and performances to match, with Bárbara Lennie in particular outstanding in the lead role.

Three Faces is further evidence of Jafar Panahi’s inventiveness as a filmmaker, and also his brilliance as a writer. When actress Behnaz Jafari receives a shocking video from a teenage fan, her and Panahi set out on a journey to the rural village the girl comes from; trying to uncover why the clip was sent, and what has happened to the girl.

In some ways, the video is something of a McGuffin, and whilst the mystery element works well as a device to drive the narrative, Panahi is far more interested in the human interactions and culture encountered on the journey (metaphorically and literally). Unsurprisingly (the director is still under house arrest) themes of oppression are ever present, particularly here concerning the freedom of women – but this is less political than his previous two films, and serves as more of a sly observation on the patriarchal attitudes that persist in Iranian society.

New Wave Films will release the title in the UK, and will hope to repeat the solid business they did with Panahi’s last film Taxi Tehran.

My final film of the festival was worth the 45 minute queue in the rain – Nadine Labaki’s (Caramel) Capharnaüm tells the story of Zain, a 12 year old boy surviving in poverty with his family in Lebanon. Using mostly non-professional actors, Labaki brings out some incredible performances, particularly from the mesmeric Zain, who really captivates. The cinematography is brilliant, capturing the urgency and desperation of the Zain’s plight.

Comparisons will likely be made to Lion and Slumdog Millionaire, but this is a more accomplished and authentic film than either. It has more in common thematically with The Florida Project, as a thoroughly compelling and harrowing look at how children live in poverty.

At the time of writing there was no confirmed UK distributor for the film, but the combination of critical praise and strong word of mouth means it’s sure to be picked up, and could certainly be a contender in the awards season for 2019.