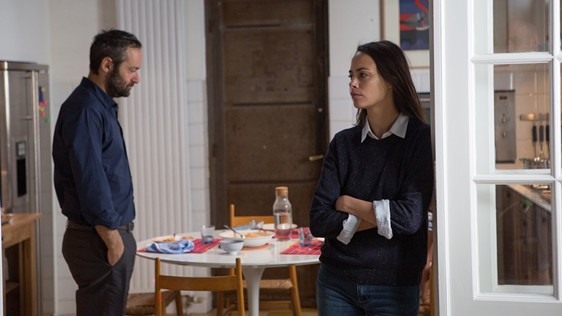 A newbie to the Cannes game, colleagues and associates alike tried to school me in what to expect when you step off the bus and try to navigate the Croisette for the first time. Armed with slight comprehension of what might come (mass migration of tourists and celebrity hunters; long, LONG queues, the rules of which the French have a charming laissez-faire attitude towards) I don’t know if it was beginners luck, maybe the Cannes gods looked kindly upon my confused face and even more confused French, but my experience of Cannes was pretty seamless and very fun.

My waiting game armour of comfy footwear and reading materials went mainly unused as I managed to get into all of my chosen screenings (apart from one) in an orderly and timely manner. It felt all quite reasonable and polite not the fevered nightmare I had envisioned. I got to experience how the other half live at the Opening Night reception where I tried my first oyster (wasn’t bad at all); attend the red carpet premiere of Ken Loach’s latest, I, Daniel Blake; boogie to some old school RnB at tiny nightclub near the infamous Le Petit Majestic (where I witnessed the most jovial chuck out ofa patron ever seen) and of course my raison detre: watch film.

Out of all the films I enjoyed I, Daniel Blake, Christi Puius Sieranevada and Un Certain Regard debut, the intriguing character study/vampire movie The Transfiguration  the obvious standout for me was…

Encompassing a dash of naturalism with more than a passing resemblance to the work of Asghar Farhadi (the two shares the same lead actress – Bernice Bejo – doing her best work in this and The Past) After Love is an emotionally fraught, expertly directed exploration of a couple(Marie and Boris) in marital crises. Starring Bejo (The Artist, The Past) and Cedric Kahn (Red Lights) and filmed almost exclusively in a beautifully designed apartment, the claustrophobic confines add to the tension of being trapped in a toxic marriage. After Love stand out in its observation of love (and what happens when its gone) as an almost antithesis of Hollywood platitudes.

While similarly genred films tend to focus on children as the emotional anchor that makes it hard to part, money is the key factor here.Their twin daughters are indeed important, and are sometimes caught in the crossfires of their parents warring, but the grownups real chosen object of warfare is money; more precisely the lack of it. Their financial situation and escalating tug of war regarding the home they’ve built together becomes the symbols of their emotional imprisonment.

The focus on finance is an interesting and fruitful angle from which Joachim Lafosse (Our Children) expertly mines. We can all understand how pervasive the need for financial stability and the continual struggle for it can poison mind (Marie takes pills to cope with the stress of it all), body (Boris becomes embroiled with dodgy figures after finding himself owing them money. The inevitable happens) and soul (these are two very angry individuals, letting spite seem in through all the cracks). Marie and Boris come to embody a desperation and selfishness in their unmet needs. Their disintegrating relationship becomes a societal microcosm,scrutinizing class difference, career prejudice and gender politics. 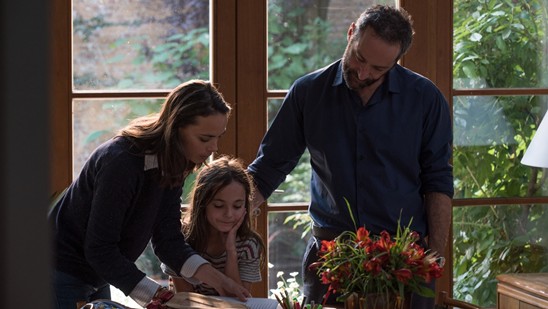 Yet, the characters are so richly drawn and expertly acted that the audience cant feel anything other than sympathy for their situations.For every moment Marie dedicates to aggressively trying to nag Boris out of the house, there’s still a reserve of sympathy for her when Boris rudely invades a quiet evening with friends with particularly obnoxious nonchalance.Despite it all you feel for both because within all these acts of animosity (which are plentiful) the residual love they have for each other is palpable. While their failing marriage has disintegrated into hate, the audience never wonders what brought them together in the first place, we just marvel at how far this couple have fallen.

Much of the fascination of watching this couple is drawn from the excellent script (co-written by director Lafosse with two other contributors) requiring the spectators of this personal conflict to dissect what is said to understand the underlying meaning meant. There is a level of ambiguity concerning the couples journey to its current state – we never know who specifically is at fault for the separation but the finger is lightly pointed to one of them more so than the other – with the audience trusted to make inferences that encourages a similar thrill to watching a really good tennis match with the ball being your allegiance. You never know who will win your favour.