Arriving at Cannes on the second Thursday of the Festival has many advantages, even though the market has closed and the screening schedule tapers down from here to the end. First of all, many festival delegates have left by this stage and so access to screenings is much less frenzied than during the festivals opening period. No need for sharp elbows or bad behaviour to get into the films that you want to see. Then, those kind people who put the festival together always reprise the competition screenings over the final weekend making it entirely possible and much more comfortable for latecomers to catch up with the official selection. There’s a much more relaxed air to the end of the festival; you don’t really get that feeling peculiar to film festivals that you’re missing out on something better by staying to the end of a minor film in the Directors Fortnight.

Its over 20 years since my first trip to the Cannes Film Festival, and its still hard, even for an abstemious person like me, to resist the intoxicating mix of morning to midnight screenings and constant buzz about films and filmmakers. And with each visit, it becomes easier to develop your own strategies to resist the hype, reduce queuing times and cut through the bureaucracy around screenings, all things which this festival in particular throws at you. 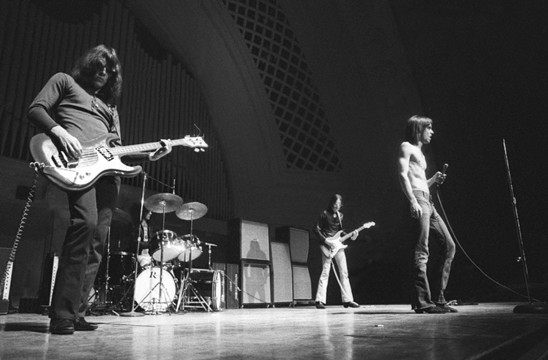 First up for me a couple of hours after arriving was the midnight screening of Gimme Danger, the Jim Jarmusch’s documentary charting the career of Iggy Pop and The Stooges. Both Jarmusch and Mr Pop were in attendance, amusingly so, wowing the audience with rock-n-roll attitude. The film will probably thrill fans of the band with its extensive use of concert footage and images from their early days. For wider audiences, it lacks the narrative drive that other docs have established as part of the template for box office success. An oddly pedestrian film, given the subject. Still, worth staying to its 2.30AM end time to see Iggy take the applause.

Jarmusch films book ended my viewing at this years festival, with a repeat screening of the directors In Competition film Paterson on the final Saturday. In this, Jarmusch perfectly casts Adam Driver as a bus driver-cum-poet named Paterson, who lives and works in the town of Paterson, New Jersey. The director here feels on more familiar terrain, building up a picture of Paterson’s life through small amusing details and observations. The repetitions and patterns of Paterson’s daily life gradually take a grip to deliver the most purely pleasurable film of the festival. 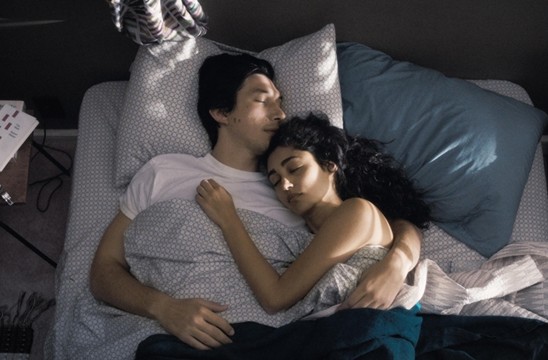 Viewing films at film festivals can also be of course a tricky business. On the one hand, the festival is a shiny bubble, in which every film looks like a winner before its first screening. On the other, context plays an important role in how audiences receive films. At no other screenings is the judgement of professional film viewers (critics, programmers) more likely to be affected by peripheral factors like the timing of the screening, how late they stayed up the previous night, whether they enjoyed the previous film, whether they could even got into the previous film. I mention this as a way of explaining the rapturous reception for Paul Verhoeven’s Elle, in which Isabelle Huppert gives a fearless performance as Parisian businesswoman trying to track down the man who breaks into her house and rapes her. It’s an accomplished film at every level, with Verhoeven demonstrating a control over the storytelling and mise en scene, frequently surprising, always provocative. It also seemed to me the film benefitted considerably by following two clunkers in the main competition. 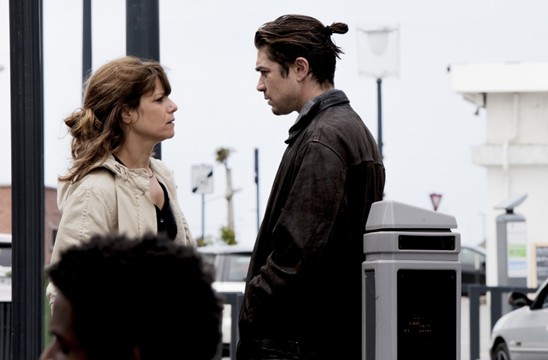 Pericle Il Nero was shown as part of Un Certain Regard and is the latest from Italian director Stefano Mordini. The films storyline, about an Italian mob henchman on the run, has the qualities of an American B-movie, with the action relocated to Liege and Calais rather than, say, Atlantic City or Miami, all presented in the naturalistic style that has become a standard form of current European filmmaking (the film is produced by the Dardennes brothers). The combination makes for a film that leaves an impression, until the next, bigger festival film.

That arrived almost immediately with Asghar Farhadi’s The Salesman (Forushande), in which a middle class Tehran couple start to fall apart following an incident involving an intruder. The Salesman bears some superficial resemblance to Elle (the set ups to both stories, and the way both films use architecture to describe private and public spaces) but where Verhoeven focuses on how a complex female lead can take a mystery thriller into new territory, Farhadi steers clear of genre altogether, instead painstakingly building up a picture of the central couple through scenes of their everyday lives and the difficult choices they’re confronted by. Its a compelling drama, elevated by great performances and with a conclusion that invites self reflection.